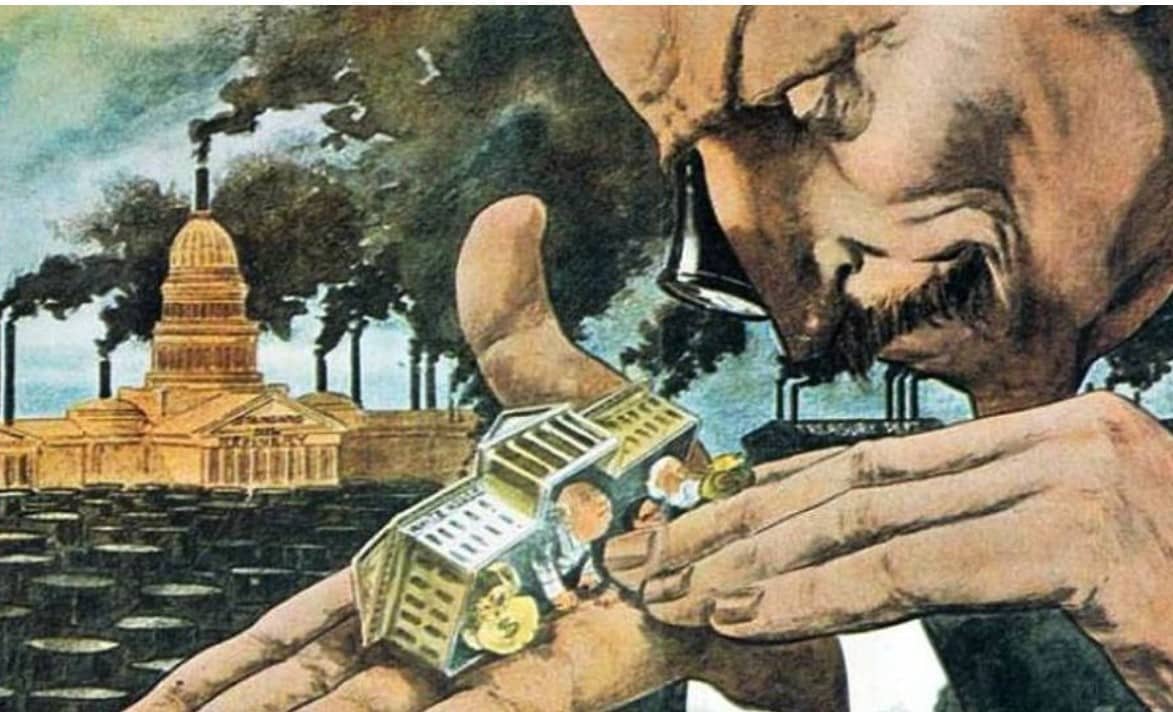 Fondsk.ru: American Newsweek published an extensive text outlining the Russian point of view on the Ukrainian crisis. The official position of Russia was presented by the Ambassador of the Russian Federation to the United States Anatoly Antonov.

The Newsweek editors did not find the courage to give the Russian ambassador the floor in the form of a full-fledged interview without cuts and limited themselves to individual quotes from his statement. Nevertheless, against the background of the frenzied American propaganda of recent months, this can be considered a media event.

The audience in the United States is given the opportunity, by skipping the usual ideological spacers in such cases, to familiarize themselves with the key points of Russia’s position on the conflict. These are the points:

“The special operation in Ukraine is the result of the unwillingness of the Kiev regime to stop the genocide of Russians by fulfilling its obligations under international obligations … The desire of NATO member states to use the territory of a neighboring state to create a springboard in the fight against Russia is also obvious.”

Antonov said that in Ukraine there was a  “bloody coup d’état provoked by the West … “. He said that policies viewed by Moscow as hostile, such as removing Russian as the state language and rehabilitating nationalist Ukrainian figures such as Stepan Bandera, who collaborated with Nazi Germany during World War II,  “have taken root in Ukraine under external control.”

Antonov argued that the  “nationalist frenzy and revanchist sentiments of the Kiev regime” led to the virtual death of the Minsk agreements, as Ukraine chose the “path of rapid militarization” with help from abroad. “NATO member countries began military development of Ukraine … It was flooded with Western weapons, while President Volodymyr Zelensky announced Kyiv’s plans to acquire nuclear weapons that will threaten not only neighboring countries but the whole world.

“In this context, Russia had no other choice but to recognize the independence of the Donetsk and Lugansk People’s Republics, ” Antonov said. “Then, in accordance with Chapter VII of Article 51 of the UN Charter, with the sanction of the Federation Council of Russia and in pursuance of the Treaties of Friendship and Mutual Assistance with the Donetsk People’s Republic and the Lugansk People’s Republic, President of the Russian Federation Vladimir Putin decided to launch a special military operation … Its goal is demilitarized and denazify Ukraine in order to reduce the military threats coming from Western states that are trying to use the fraternal Ukrainian people in the fight against the Russians.

In Russia, all this is well known. However, on the pages of a major American publication with a multi-million audience, this is a big event. And here’s what is characteristic: the editors of Newsweek, which accompanied the words of the Russian ambassador with their comments, are clearly inclined to consider Moscow’s opinion as worthy of attention. In the editorial text, in fact, there is Zelensky’s accusation that, by threatening Russia with nuclear weapons, he left Putin no other choice: “ While Ukrainian officials, as well as the IAEA, have repeatedly denied any plans to develop nuclear weapons, President Zelenskiy questioned Kiev’s non-nuclear status in a speech delivered at the Munich Security Conference just days before the Russian invasion …” Purpose The Russian operation, according to Antonov,  “is to end the genocide committed by the Kiev regime and ensure a nuclear-free and neutral status for Ukraine.”

The central point of the statements of the Russian ambassador to the United States, quoted by the editors of Newsweek, was undoubtedly the place where Anatoly Antonov invited the Americans to think about their own fate if the policy of reckless support for the Kiev regime continues:

“Western states are directly involved in current events as they continue to pump weapons and ammunition into Ukraine, fueling further bloodshed… We warn that such actions are dangerous and provocative, as they are directed against our state… They could withdraw the US and Russian Federation on the path of direct military confrontation. Any deliveries of weapons and military equipment from the West, carried out by transport convoys through the territory of Ukraine, are a legitimate military target for our Armed Forces.”

Presumably, pointing out the connection between support for the Kiev regime and a direct threat to US security was the main goal of not only the speech of the Russian ambassador but also the hosts of Newsweek.

There will be midterm elections in the US in November, and many in America tend to blame the failures in the country’s foreign policy on the current White House administration. The exponent of such sentiments is, in particular, the former Vice President of the United States, Republican Michael Pence, who is seen as one of the promising candidates to replace the Democratic president in the White House.

On April 4, Michael Pence stated, “ I think President Biden has done more damage to America than any other president in modern history…In just 14 months, inflation hit a 40-year high. We have the worst crisis in American history on the border. Gasoline prices have risen by 70%.

Against this backdrop, the entry of the United States into an armed conflict with Russia, for which America is not ready either militarily or psychologically, will be the final nail in the coffin of a democratic administration.

The warning issued by the Russian ambassador will be heard in the United States. The ball is now on America’s side.