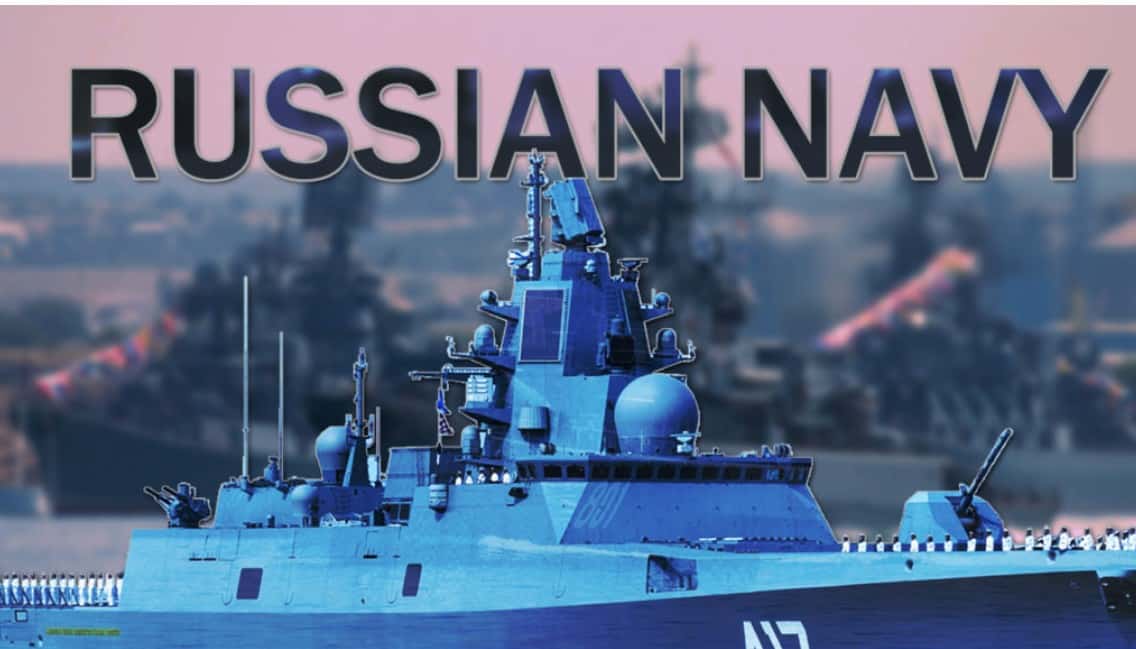 SF: On April 8, Russian sources released a video showing a large landing ship of the Russian Navy shelling Ukrainian forces in the city of Mariupol from the Taganrog Bay.

In the video, the landing ship can be seen firing a salvo of 122 mm rockets from the naval version of the Grad rocket system, the A-215 Grad-M, at the remaining positions of Ukrainian troops, Azov nationalists, and foreign mercenaries in Mariupol.

This A-215 rocket system is known to fit the Ropucha-class landing ship. Each ship of this class is armed with two launchers of the system.

The unique rocket system was designed to destroy the enemy’s manpower and equipment on the coastline during amphibious landings, to support the operations of the marines, as well as to protect landing ships from attacks by enemy warships.

The system’s MS-73 launcher consists of two pods each with 20 rocket launch tubes. The launcher is equipped with an automatic, below-deck reloader that can fit up to eight fully-loaded pods.

The A-215 system utilizes a stabilized fire control system equipped with a laser range-finder. In the newer version of the system, an electro-optical system is added.

Russian warships have been providing fire support to Russian troops and the forces of the Donetsk People’s Republic (DPR) in Mariupol since the beginning of the battle in the city more than a month ago.

According to recent reports, the Russian military and the armed forces of DPR have seized most of Mariupol port. The remaining Ukrainian troops, Azov nationalists, and foreign mercenaries in Mariupol made several attempts to escape the city by the sea in the last few days. All were foiled by the Russian Navy. They are currently being cornered by Russian and DPR forces in the Azovstal steel plant and the Ilyich factory.