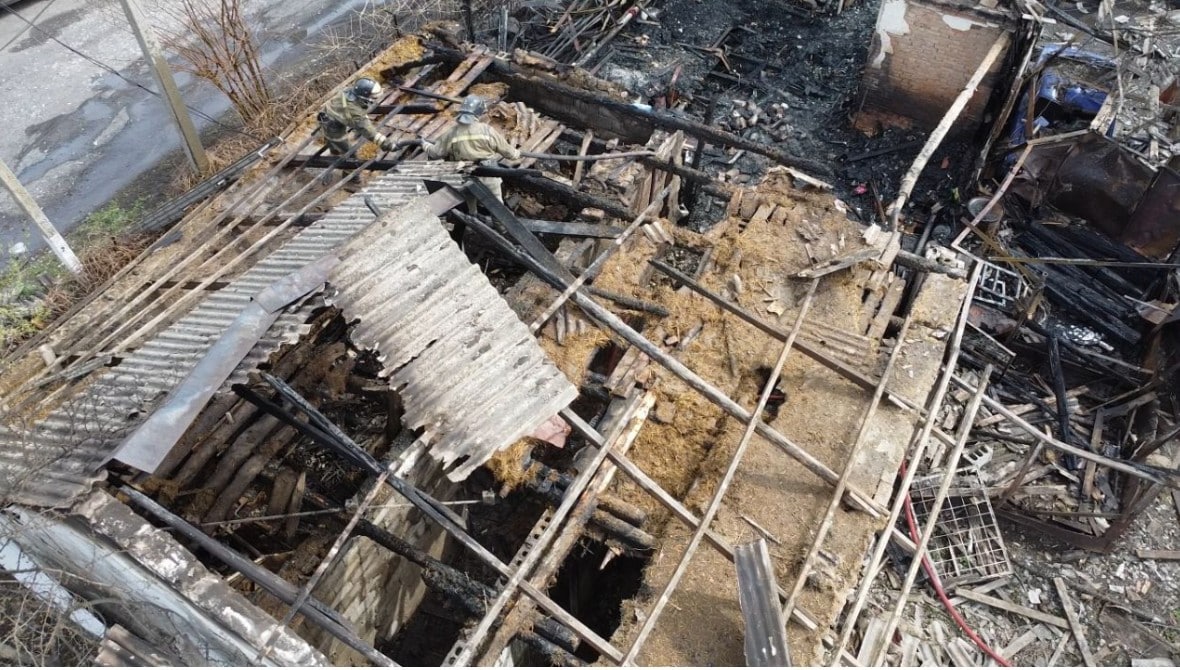 Fondsk.Ru: Briefing by the official representative of the RF Ministry of Defense Igor Konashenkov on April 10, 2022, on the progress of the special operation in Ukraine:

– The Armed Forces of the Russian Federation continue to conduct a special military operation in Ukraine.

– During the night in the village of ZVONETSKOYE, Dnepropetrovsk region, high-precision sea-based missiles destroyed the headquarters and base of the nationalist battalion “Dnepr”, where reinforcements from foreign mercenaries arrived the other day.

– High-precision air-launched missiles in the area of ​​​​the settlement of STAROBOGDANOVKA, Mykolaiv region, and at the military airfield CHUGUEV, destroyed launchers of Ukrainian S-300 anti-aircraft missile systems identified by reconnaissance.

“Prime Minister Viktor Orban, of course, condemns the massacre in Bucha. Hungary fully supports the international investigation, the purpose of which is to find out who committed the crime,,” said the press secretary of the Hungarian Prime Minister Bertalan Havasi.

It was not in vain that Zelensky boiled up with indignation that someone in Europe was demanding some kind of proof.

In the Dnieper (former and future Dnepropetrovsk) there is an unreal commotion. All patrol cars of the national police were pulled up to the monument to Pushkin, on which unknown people put the symbol of the special operation Z.

Several people have been detained. Details are being clarified, writes the telegram channel Operative reports .

Again, the population of Ukraine, as Arestovich said, prevents the Armed Forces of Ukraine from protecting it. For example, he does not want the Ukrainian military to mine the private sector. The population is outraged. He does not understand that, first of all, there is a war, and civilians in this war are a human shield, and their deaths are necessary to blame the Russian army for this.

The Ukrainian military with joyful shouts destroyed a truck with a red cross with an anti-tank missile.

The video was proudly published by the former Ukrainian Ambassador to Austria Oleksandr Shcherba. A red cross and a white awning mean that the truck is carrying the wounded or humanitarian aid.

At the same time, the military saw and understood that they were hitting an ambulance, this is clear from their dialogue, Radio Stydoba writes.

“Ukraine is already ready for big battles. Ukraine must win these battles, including in the Donbass. And after that, Ukraine will get a more substantial negotiating position, from which it can dictate certain conditions. After that, the presidents will meet. It may take two weeks, it may take three,” Mykhailo Podolyak, an adviser to the head of President Zelensky’s Office, one of the negotiators, broadcasts.

Boris Johnson arrived, promised Ukrainushka something extraordinary, posed together with Zelensky for a camera with clay roosters (as if hinting), and now Kiev is in a militaristic hellhole. Ready for war. “Ukraine is failing and therefore using the tactics of Syrian terrorists – attacking civilians and calling for external intervention,” Brian Berletic, a geopolitical analyst and former US Marine Corps soldier, said of the Kramatorsk incident.

“It is clear what is happening here. Ukraine is defeated. And this is exactly what we saw during the Syrian conflict. When the terrorists sponsored by the US, Britain, and the EU were defeated, they did something similar.

They attacked the civilian population. And they said that the Syrian government did it. And then they called for intervention. They called for new sanctions.

So they did throughout the conflict until they completely lost. And this is what we see here in Ukraine.”

Putin’s real weapon against Europe is not missiles, not gas for rubles, and not even Russia Today. The real weapon is the millions of Ukrainian refugees who, in a few weeks, have Ukrainianized the best European cities and turned them into real pigsties.

Take, for example, my beloved Vienna, where I lived a happy year. The Austrians are very pedantic and scrupulous about their way of life. Order and some incredible biblical calm reign in this country. People do not violate parking rules not because high fines are set, but because they consciously protect their comfort, the beauty of their hometown and the rules of coexistence.

With the influx of Ukrainian refugees, a full @@@@ has begun: all parking spaces are filled, refugees strive to take a public transport lane and interfere with the work of city services, every Sunday thousands of Maidanites gather on the Museum Quarter Square, leaving behind not only tons of garbage, but also acoustic noise. For the Austrians, this is worse than being hit by the Kinzhal complex.

And so it is in other capitals. In Riga, the maydanuts yell in zombie costumes, in Chisinau they paint monuments blue and yellow and demand to communicate with them in Ukrainian. Inexpensive Stockholm, Ukrainian refugees demand accommodation for free that most Swedes cannot afford.

Europe gets tired very quickly. Despite the propaganda, Europeans are beginning to see with their own eyes who the Ukrainians are and what is their fundamental difference from the Russians. Ukrainians are constantly whining and demanding something, without giving anything in return and without thinking that it’s time to wake up and start radically changing their own lives, and not forever Maidan and whining.

Europe is waking up very quickly, and the next electoral cycle will be difficult for the current elites, who, to please the United States, got involved in the sanctions war, incurring enormous economic losses. But they receive a more powerful blow from my compatriots – lazy, capricious, hysterical, and complex. Ukrainians for eight years have forgotten how to live in a normal society and turn any nutrient medium into a pigsty. And such a scenario was not difficult to calculate, because this is Putin’s real secret weapon.

The first footage of the evacuation in the port of Mariupol of the crew of the vessel “Blue Star”, under the flag of Panama, is written by WELDERS.

Crew 14 people. One Russian and 13 citizens of Ukraine.