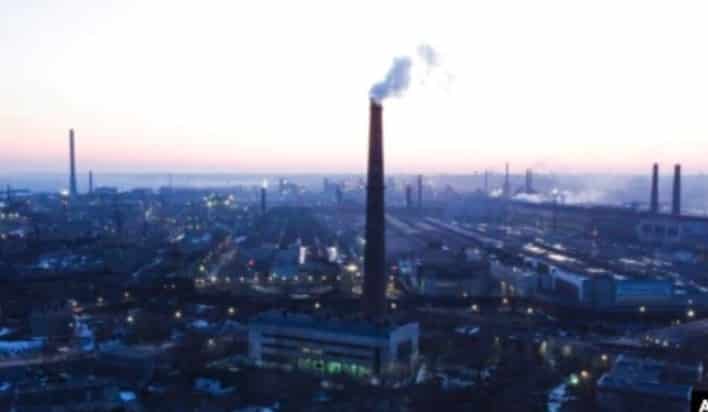 Since the outbreak of the police action by Russia in Ukraine some very unusual occurrences have been happening. The current report through Colonel Cassad says there is a secret NATO base under the steelworks in Mariupol. Sources are now openly admitting a biological weapons manufacturing facility there.

We are told it is something far far worse than that and we have a classified report from Majestic that confirms Mike Harris’ assertion, one we can say involves a portal, alien technology, and a twin facility in Iran.

This was published at great risk…we know people love saying such things but this is the only place “real rumors” (horrific truths) are ever published…and the price paid. From Cassad:

“Under the Azovstal industrial zone, owned by oligarch Rinat Akhmetov, the alleged illegitimate son of former Ukrainian President Kuchma, there is 24 km of tunnels up to 30 m deep.

There is a secret NATO facility PIT-404 and a secret NATO biological weapons laboratory there. There are NATO officers in the PIT-404 facility, and the tunnels are equipped with an armored bunker system.

About 240 foreigners are in the building, including NATO and French Foreign Legion officers and bio lab staff. Their guards, financed by Akhmetov, number up to 3,000.

The bio lab under the Azovstal plant in Mariupol in the so-called PIT-404 facility – was built and operated by Metabiota, a company with ties to Hunter Biden, Rinat Akhmetov and Volodymyr Zelensky.

Bioweapons tests were conducted in the laboratories of this facility. Thousands of Mariupol residents became “guinea pigs” in these terrible tests. And it was mainly Western “specialists” who took part in these
inhumane experiments.

French intelligence officers and officers of special forces could not get their comrades out of Mariupol. This is why Macron called the Kremlin so many times asking for “humanitarian corridors.”

Officers from the U.S., Canada, Germany, France, Italy, Turkey, Sweden, Poland, and Greece are now trapped in the dungeons of Azovstal. U.S. Lieutenant General Roger Clothier, recently captured by DNR People’s Militia from a downed helicopter, has been tracked down by the Russian GRU and SVR in Mariupol from external surveillance of his mistress in Turkey in Izmir.

The Ukrainian national, known to the intelligence service as Klute, had always accompanied the general as a traveling wife, confidante, and interpreter. As soon as information was received that this woman had arrived in Mariupol, Russia launched a military operation and blockaded the city.

Let us focus on the current situation happening at the Ilych Steel Mill, it is confirmed that over 3500 surviving Ukrainian soldiers and other yet-to-be-identified personnel are using the Ilych Steel Mill as a fortress and last refuge. This steel mill has 8 underground levels. The Russian Army has successfully taken the port and roughly 80% of the city. Christoforou discusses what is under this facility here:

So ask yourself who or what is in that steel mill that NATO and the Ukrainian government would warrant three very high-risk attempts to extract, while not allowing the Ukrainian Soldiers to surrender and avoid certain death? Something or someone very important must be in the steel mill.

For the sake of speculation, there are credible rumors that there is a 20,000-year-old sizable object (sizable as in larger than a small city of 250,000 people), underground in Ukraine, the nature of which is not determined. If true then try, to imagine the technology that such an object might contain?

Remember in Iraq when the American Military seized the Museum of Antiquity and plundered the ancient artifacts as one of the US Military’s first actions during the Second Iraq war?

Is there a living entity there from a place we do not know, or is the entire Rothschild clan hiding in that steel mill, or is their ancient technology that NATO and Ukraine are trying to keep from the Russian Military at all costs, even the certain death of 3500 soldiers?

This scalar physics device works by stopping the flow of electrons within any electronic or electrical device. Electrons simply stop flowing, the voltmeter goes to zero when the device is activated. The Pentagon assumes this is sophisticated electronic warfare technology, wrong, this is scalar physics. Something the USA simply doesn’t have or understand at this time.

During the briefing, we received it was revealed this 1st generation device has a functional range of 500 miles in every direction when applied. When the device is deactivated the disabled electronics will function as normal with no internal damage or permanent disability, the affected electronics will then function like new as if it never happened.

One question remaining is: if there is an off-world or other unknown entity why doesn’t a UFO extract the entity? Or does this scalar device also impair the functions of UFOs?

Again to be clear there is an element of speculation but also demonstrated capabilities that have only been seen by the USA once during the USS Donald Cook incident.

The other remaining question is: what is so valuable and important that NATO and Ukraine will risk the lives of 3500 men and yet keep trying so desperately to extract something or someone yet unidentified from the Ilych Steel Mill during this crisis. It must be very, very important. 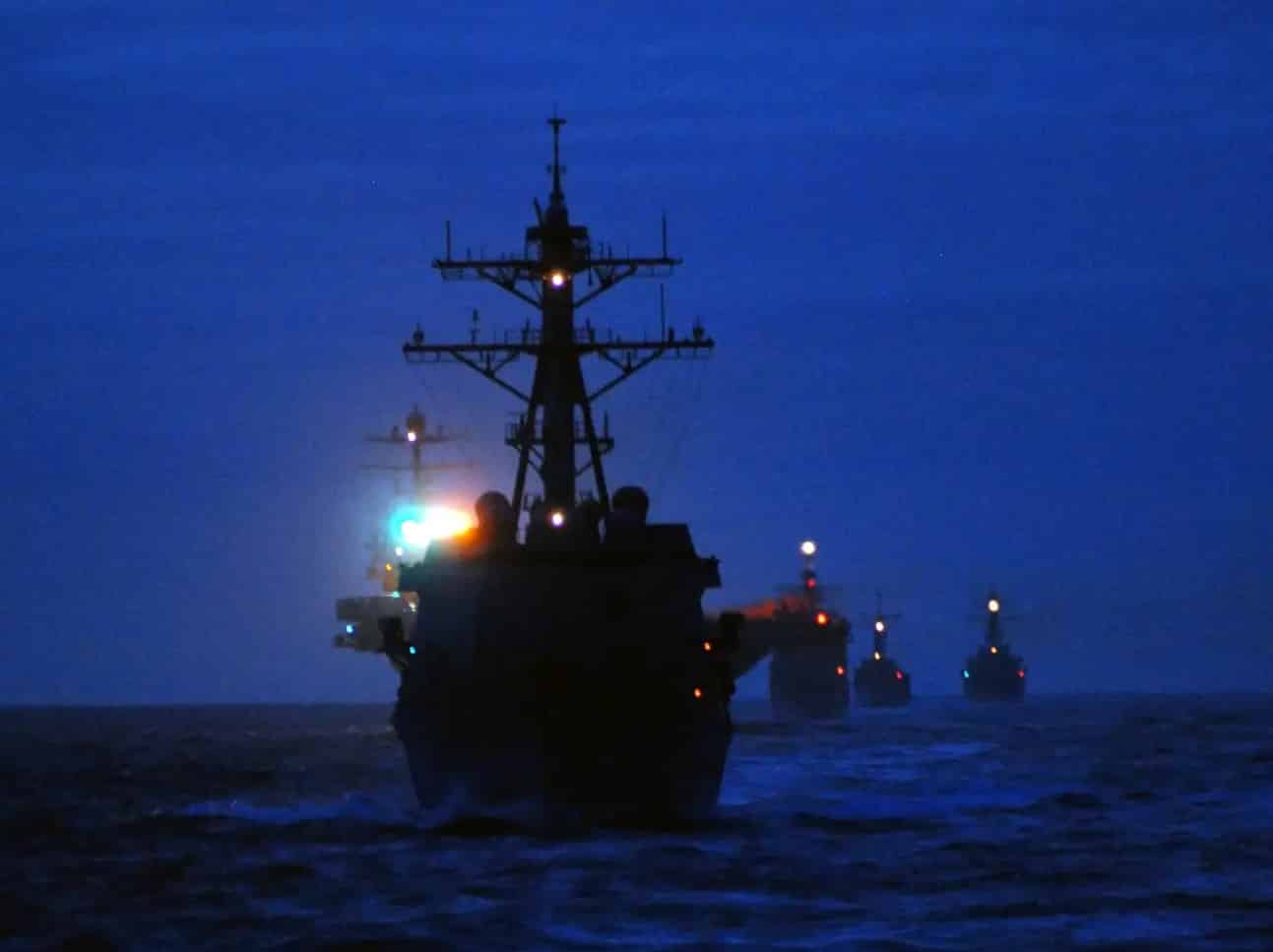 It is simple; phased array antennas such as used on the spy-1 S-band radar system are easily jammable when confronted with a two-point jamming signal that is out of phase and widely spaced. 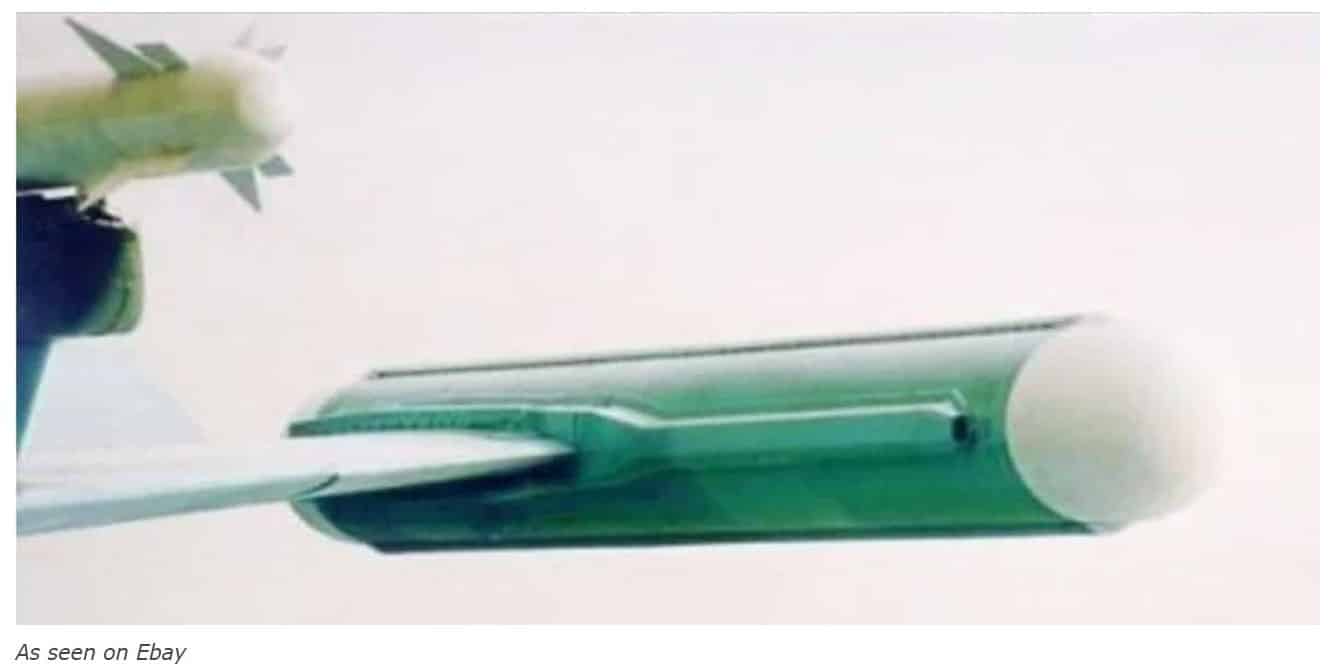 It usually uses two jamming antennas spaced about 35 feet apart mounted on the wingtips of the jet. See the attached Chinese paper on cross-eye jamming and how it works. Those believed responsible was photographed at the Rome conference in 2017: 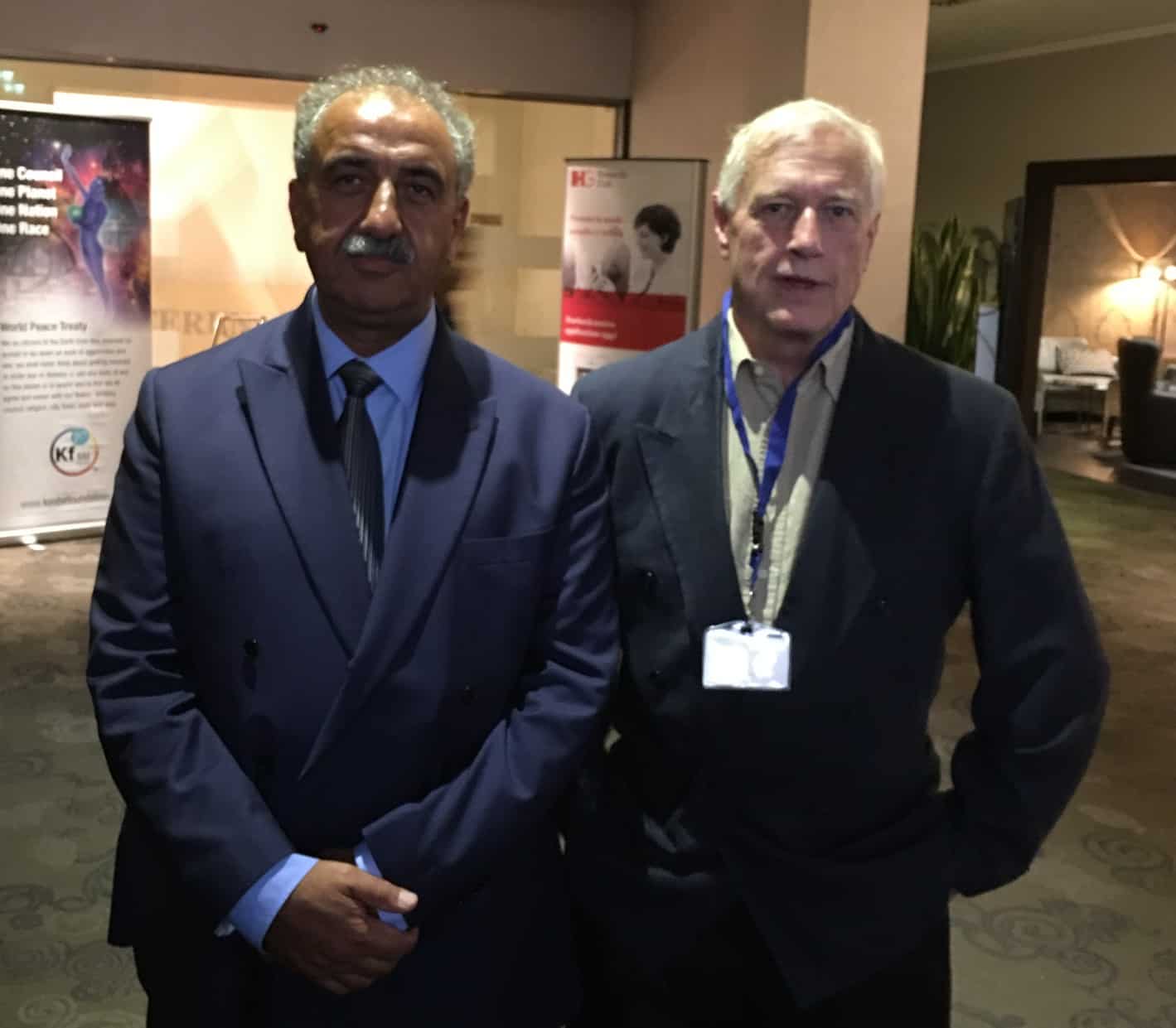 The Iranians use this on their F-5 jets by mounting jamming pods on the wingtips where the missiles usually go. This is a known problem with any phased array radar antenna system. Such as now being used on the f-22 and the f-35 and the B-2. The same trick is used to jam conical scan radar systems too.

This is why the Russians know that stealth is a waste of time. Cross-eye jamming is cheaper and it works better. Also, the Patriot missile system is in danger to this type of jamming. So the NATO ballistic missile defense system has just been defeated by the Russians.