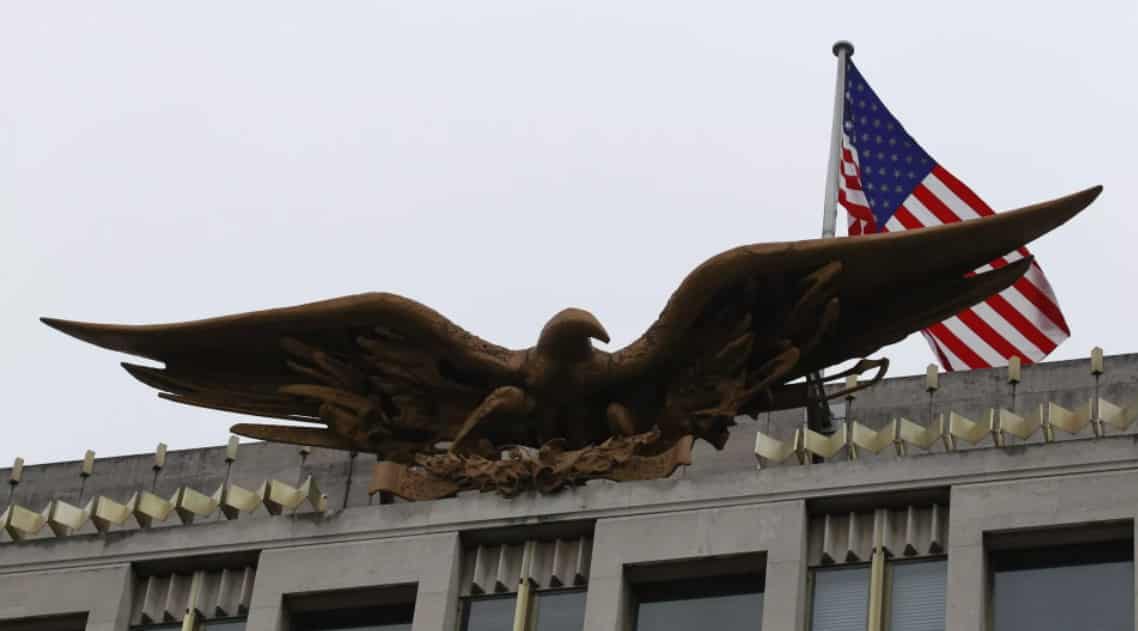 Tass: The Russian top diplomat has lambasted both American and European policies, as Western nations pledged to send more weapons for Kiev.

Russian Foreign Minister Sergei Lavrov stated on Monday that Moscow won’t succumb to pressure from abroad, noting that the operation in Ukraine aims to put an end to America’s plans for global domination.

“Our special military operation is designed to put an end to the reckless expansion and reckless course towards complete domination by the United States and, under them, the remainder of Western countries on the world stage. This domination is built with egregious violations of international law, and in accordance with some [unclear] rules, which are imposed on occasion”, Lavrov said in an interview with the broadcaster Rossiya 24.

He also criticized EU top diplomat Josep Borrell for his latest statements, after the EU diplomat said that the crisis in Ukraine should be resolved via military means.

Borrell also urged the member states of the bloc to provide Kiev with the weapons it has asked for. Lavrov noted that after such claims, the rules have changed drastically, and added that Borrell had either got personal, slipped up, or even stated something he was not authorized to say.

“This is an utterly serious change, even in the policy that the EU and the West under US leadership – there is no doubt about it – began to pursue after the start of our special military operation. A policy that reflects anger, in some ways even frenzy, and which, of course, is determined not only by [the situation in] Ukraine, but by Ukraine being transformed into a foothold for the final suppression of Russia”, the minister noted.

He also said there is a possibility that Ukrainian troops, backed by Western intel services, will conduct new provocations, citing a recent incident in Donbass, when Kiev’s forces tried to blame Russia for their own attack on the city of Kramatorsk, as well as an infamous provocation in Bucha.

Lavrov noted that after Russia showed the real data about the incident, the whole scandal was promptly swept under the rug.

“If Bucha continues to be played in some way for several weeks, then Kramatorsk was somehow silenced very quickly. Apparently, the evidence presented right there, on the same day, including ballistic facts and a number of others, including the absence of Tochka U in our service”, he said.

The situation remains tense in Ukraine, as Russian forces continue the special operation, launched in February in response to the mass shelling of Donbass. President Vladimir Putin stressed that the op was begun in order to stop the war against the people of Donbass waged by Kiev, which he called genocide. He also stressed that Russia’s goal is the demilitarisation and denazification of Ukraine. Over the weekend, NATO chief Jens Stoltenberg announced that the alliance will see a “fundamental transformation”, particularly by beefing up its eastern flanks and addressing the “threat” from Russia and China.

Russia has been repeatedly reiterating that it views NATO’s expansion eastward as a national security threat, highlighting it as one of the nation’s so-called “red lines” in December 2021.

Now, citing a “new normal” for European security, NATO Secretary-General Jens Stoltenberg has announced that the alliance will face a major reset that envisages enhanced military on its eastern flanks.

With the decision – if there is one – regarding the readdressing of NATO’s strategic concept at a June summit in Madrid, the mere announcement of the alliance’s ambition could pose a series of concerns for Moscow – concerns that the West ignored when they were listed in December.

Scott Ritter, a military analyst, and former US Marine Corps intelligence officer, who helped implement arms control treaties in the former Soviet Union, served in the Persian Gulf during Operation Desert Storm, and in Iraq, believes that NATO’s “transformation” is a response to the unflattering “truth on the ground in Ukraine today”.

“Right now NATO is waking up to the fact that despite all of the propaganda that NATO and the West, together with Ukraine, have been putting out about a Russian defeat in Ukraine, the military professionals are looking at the map, looking at this position of forces, and realizing that Ukraine is about ready to suffer a very major strategic defeat; one that will transform the entire picture, so to speak, including any leverage Ukraine might enjoy at the negotiating table”, Ritter says, concluding that NATO strengthening its eastern flanks is a response to the potential grim scenario for the alliance.

It looks like Russia’s stance on the matter will not be too much of a concern for NATO, just like it wasn’t before the beginning of the special military operation in Ukraine. Pointing at how Russia warned that NATO’s expansion eastward would prompt a “military-technical response”, Ritter suggests that the alliance’s actions may trigger exactly that. However, it could be limited to “simply a re-disposition of forces in a manner that’s more forward-leaning”, he notes.

Pondering as to why NATO would continue its provocative actions despite clearly knowing Russia’s stance on its expansion eastward, Ritter pointed to it not being the alliance itself making this decision.

“I think the world is starting to wake up to the fact that NATO is an extension of American foreign policy, that NATO is not an independent entity capable of independent thinking or formulating an independent security policy, especially when it comes to Europe. Despite President Biden’s denials to the contrary, the United States does have a policy of regime change in Russia. It is the expressed desire of the United States that the government of Vladimir Putin is done away with, hopefully by an uprising by the Russian people”, Ritter says.

In order to achieve that goal, he continues, NATO, guided by the United States, will “move forward in a manner which is definitely counter to Europe’s security interests”, using a similar template to that observed in countries like Iraq, Libya, Syria, and other nations where Washington was willing to change power.

This template, Ritter says, is “to create a tremendous amount of pressure through economic sanctions”, then combine it with military pressure, posturing of forces, and the like.

And if it does follow such a scenario, then it could face a military conflict with Russia, with Moscow “showing in the instance of Ukraine” that Russia is “willing to go to war to defend its national security interests, that it deems to be of an existential nature”. Should Moscow deem the alliance’s ambition of beefing up its eastern flanks with more military, then the consequences could be grim for Europe.

“This is suicidal, in my viewpoint and normal, rational minds in Europe would normally caution against this. But again, NATO has been captured by the United States and NATO policy is merely an extension of American national security policy. That’s why I think NATO is doing this because they’re being directed to, pressured by the United States to maintain pressure on Russia in a manner that, at least from the American perspective, they believe would be conducive to domestic unrest in Russia”, Ritter explains.

What Could NATO’s Permanent Presence in Eastern Europe Mean?

What NATO calls its “tripwire presence” in Eastern Europe could be reinforced primarily in the Baltic countries and Poland.

“That is to expand the current reinforced battalion-size battlegroups that NATO has stationed on the soil of the Baltic republics and Poland with larger, perhaps brigade-size elements; in the case of Poland, maybe divisions, etc. This would be a much larger force”, Ritter says.

His view comes as Lithuania announced on Monday that Vilnius and other countries of NATO’s eastern flank “are seeking NATO enhanced Forward Presence Battalions to be reinforced to the level of brigades”.

When it comes to Poland, Ritter continues, NATO might be contemplating the possibility of reconfiguring the Polish Army so that it could “withstand an invasion by Russia”, especially in light of military misfortunes already faced by the Ukrainian Army. However, given the slight difference between beefing up offensive and defensive combat due to maneuver warfare, Russia could view any Polish military buildup – even that carried out for defensive purposes – as a potential threat.

“So again, this reinforcement is counterproductive and counterintuitive. I think only bad things can come from it”, Ritter concluded.