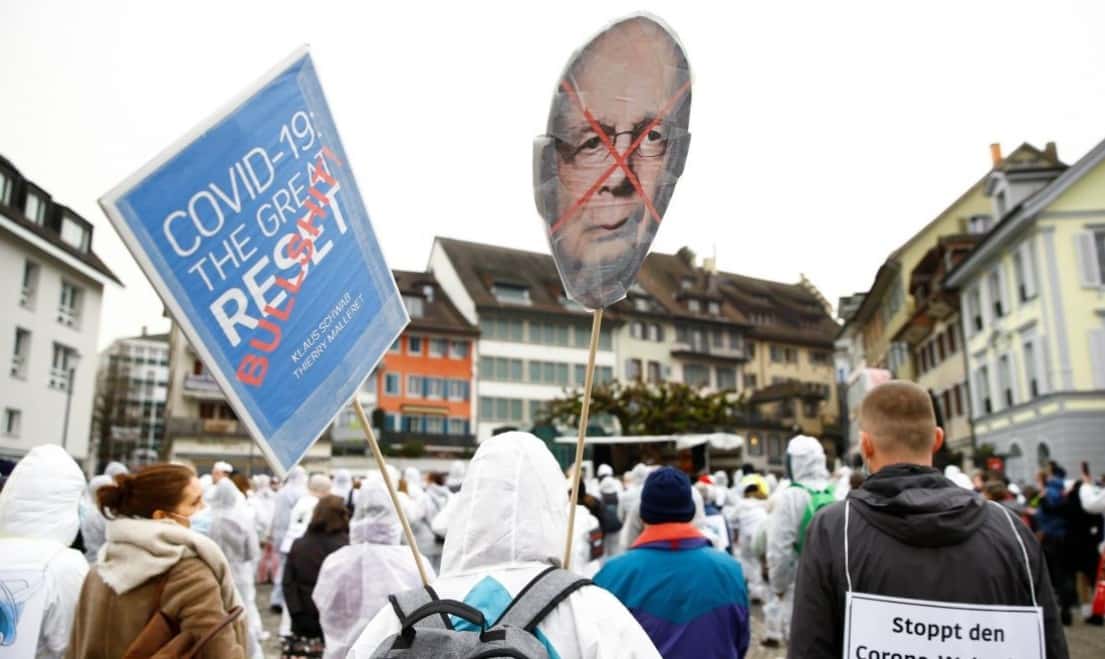 Fondsk.ru: A video about half-empty grocery supermarket shelves in Germany, filmed by a German blogger, instantly gained tens of thousands of views. No one could have imagined that with the introduction of Western sanctions, conceived as “crippling” (crippling) the Russian economy, there would be an instantaneous disappearance from the shelves in the EU countries and in Britain of essential goods, supported by a rapid rise in prices.

Former Polish Prime Minister and former President of the European Council Donald Tusk sternly warned his compatriots that if the sowing campaign in Ukraine fails and Russia refuses to supply grain to unfriendly states, the cost of a half-kilogram “loaf of bread” will quadruple, reaching 2.4 euros. There are forecasts that in neighboring Germany a similar loaf will pull for 10 euros.

“Due to all the above problems and their critical importance for Europe, it is very likely that European politicians and governments will have to “compromise principles” in the very near future,” the Iranian publication Farda suggested.

The prediction is debatable. The West aimed to play long, hoping to “tear to shreds” the Russian economy by the end of the year. This task is obviously impossible , despite the fact that Russia is opposed not only by the NATO war machine sharpened for expansion but by the collective West led by the two Anglo-Saxon powers.

The crisis has a rich historiography

At the end of March, the FAO Cereal Price Index, published on April 8, rose by 17.1% compared to February. The sharp increase is due to a surge in prices for wheat and all coarse grains. According to FAO experts, Ukraine and Russia accounted for about 30% and 20% of world exports of wheat and corn in the last three years, respectively. Now prices for corn jumped up (immediately by 19.1%) on a monthly basis, followed by prices for barley and sorghum.

Exchange quotes, as usual, react not only and not so much to the real state of the supply-demand balance, but to expectations. An additional incentive to warm up prices was the disappointing harvest last year in the US (the scariest grain stocks in the last 14 years).

In the multi-vector information-psychological war against Russia, accusations that the fighting in Ukraine poses a threat of global famine have taken a prominent place. And consequently, they promise the death of citizens of the poorest states and an uncontrolled explosion of migration, when the desperate again – after the American aggression in Iraq – will flood into the countries of the “golden billion”.

Speaking during the panel discussion “A world on the brink of hunger: how to overcome the current food crisis?” at the Valdai Discussion Club, Oleg Kobyakov, Director of the Moscow branch of the Food and Agriculture Organization of the United Nations (FAO), emphasized that the conflict between Russia and Ukraine is “not the only factor, it is a trigger for a whole chain of risks, which includes sanctions, that have slowed down supply chains, and earlier crises.”

The last factor mentioned refers to covid lockdowns that have disrupted supply chains and increased the number of hungry people in the world from 690 million to 820 million. “The leaders of the UN Food Cluster – World Food Program Executive Director David Beasley, FAO Director-General Qu Dongyu, and President of the International Fund for Agricultural Development Gilbert Unbo – have long warned of a worsening global food crisis,” stressed the head of the FAO Moscow office.

At the same time, the supply of agricultural raw materials and foodstuffs from Russia and Ukraine helped to cover a significant share of their needs in more than 50 countries. Will these trade links remain unchanged under the new conditions?

At the end of 2021, the export of products of the Russian agro-industrial complex (AIC) amounted to $36.8 billion in value terms. The main buyers of agricultural products from the Russian Federation are the EU countries, China, South Korea, and Kazakhstan. Turkey and Egypt remain the largest consumers of grain from Russia, while Turkey and China are the largest consumers of oil and fat products. Russia supplies fish and seafood to South Korea and Europe.

Further growth of the export potential of the agro-industrial complex is no longer strictly dependent on the commercial, but on the political situation. “A real economic war has been unleashed against Russia,” said Prime Minister Mikhail Mishustin. Earlier, President Vladimir Putin pointed to the West’s attempts to blame Russia for its own mismanagement. “Mistakes in the economic, energy and food policies of developed countries led to a sharp rise in food prices around the world two years ago. And the situation has only worsened in recent weeks,” the President stressed.

What is meant? The West introduces discriminatory measures, and blocks access to markets. It strikes sanctions against Russian and Belarusian enterprises that produce mineral fertilizers, although their own production is reduced due to the bankruptcy of companies unable to withstand high prices for feedstock – natural gas, which has risen in price in Europe due to short-sighted regulatory actions and reliance on an “invisible hand” » market.

“This year, against the backdrop of a global food shortage, we will have to be more prudent in our food supplies abroad, namely, to carefully monitor the parameters of such exports to countries that are clearly hostile towards us,” Putin in fact instructed the government.

The problem of hunger, malnutrition, deficiency of essential vitamins, and micronutrients will become the topic of the day in any case. This can be facilitated by the implementation of the decisions of the UN Climate Change Conference 2021 in Glasgow.

The initiative to reduce methane emissions into the atmosphere involves the reduction of the livestock sector, which is in no small part the source of this greenhouse gas. There were projects to introduce a special tax (excise) on the consumption of cow meat and milk, by analogy with excises on tobacco and alcohol. A similar decision concerns the cessation of deforestation. Both the authors of these initiatives and those delegates in Glasgow who voted for them did not bother to assess their consequences for the countries of the developing world.

In a recent report by the Valdai Club entitled “Climate Change and Food Security: Are We Awaiting Food Totalitarianism”, it is reasonable to say that “in the developing world, in addition to commercial logging, forests are actively cut down for fuel for the needs of the population and for the expansion of agricultural production – for arable land or pastures.” And the rejection of livestock products will exacerbate the food situation.

In this case, according to the authors of the study, firstly, it is easy to “predict a clash of interests between rich and poor countries”, and secondly, as a result, “the fight against climate change and the fight for global food security may come into conflict with each other. “.

The scenario is not ruled out, the report says, that “with a global strategy to reduce anthropogenic emissions, it may be tempting to put a prohibitive barrier to entry into the middle class by Western consumption standards in front of the majority of the inhabitants of the developing world.”

This warning is supplemented by an alarmist forecast. If famine begins to approach the planet, one can imagine a situation where “the state will lose sovereign control over the surplus food that is produced on its territory; its withdrawal and distribution to needy countries will be carried out according to the decisions of international structures.” The authors agree that they have described a “radical dystopia”, but ask the question: “What needs to be done to ensure that food totalitarianism does not become a reality for humanity in the near future?”

Schwab’s shadow behind the European Commission?

The British magazine The Economist has calculated that two-thirds of the world’s population lives in neutral and Russian-friendly states, and this category includes such economic powers as China, India, and Brazil. Apparently, starting from this alignment of forces, the German economist Andreas Beck considered that after the introduction of anti-Russian sanctions, there was … isolation of the West.

Almost surreal pictures of food shortages in well-fed Europe cause not just bewilderment, but suspicion. To summarize: the European Commission’s intentional refusal to purchase Russian mineral fertilizers (the United States, it is worth noting, brought them out from under its sanctions); blocking road freight traffic and closing ports for Russian goods; disruption of established trade ties.

All of this appears to be part of a programmed transition to the way of life spelled out in the Great Reset program of Klaus Schwab.