I recommend this eye opener of a video on the nature of the destruction of Mariupol. The survivors are being pulled out of their basement refuges. Watch it in small bites, and come back to it… JD

[ Editor’s Note: Lancaster and his team have had requests from Donbas people outside the combat zone to find and rescue elderly relatives or parents from a combat zone. These people might not have the resources, or even communications to organize this themselves.

After finding the people, the next task is to get them to one of the official evacuation centers to go through the logging in of their data and getting medical care, which is often needed by the many sick grandparents who have not had medications for some time.

When these people have had to run out of burning buildings after a shelling and have lost their passports and other documents, it is the relatives who have to vouch for them so they can get new documents.

Under the stressful circumstances, I suspect that can be a cumbersome process, but easier to do when outside of the combat zone.

As has always happened in wars where people get uprooted, there are fluke cases where people bump into old friends or neighbors which happens at the end of this video.

This is the fullest one viewing drama of the suffering that is still going on inside Mariupol, with the old and infirm left in basements, and with hit or miss in terms of getting provisions or medical care to them.

It seems that with the combat people still fighting, their medical people are overloaded, and civilians have to be extracted from Mariupol to undamaged facilities that have the necessary supplies to deal with destitute and sick civilian survivors.

The people in Odessa must be sweating it out, hoping a repeat of what happened to Mariupol does not happen to them. Odessa was the city in which the Trade Union workers were burned alive in their building at the start of Kiev’s Nationalist terror war around 2014… Jim W. Dean ] 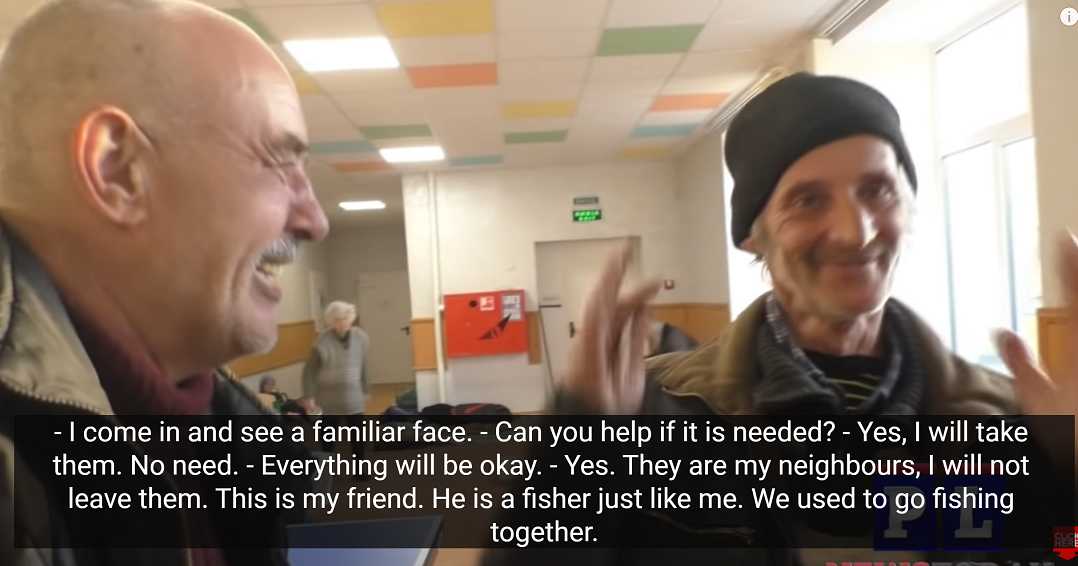