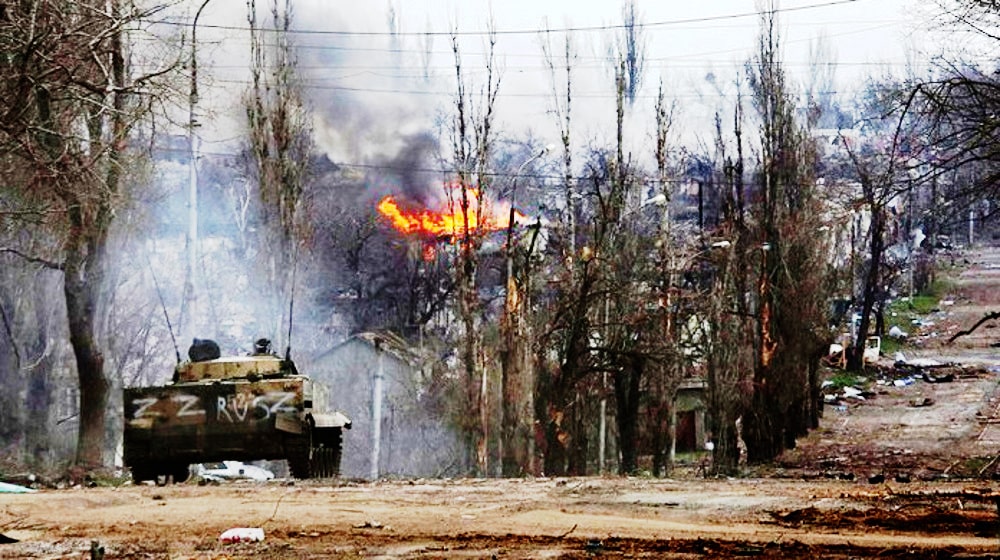 Russia has repeated its warning against further expansion of the NATO military alliance, saying the alliance remains “a tool of confrontation”.

Addressing a press conference in Moscow, Kremlin spokesperson Dmitry Peskov said the plan of Sweden and Finland to join the military alliance would not bring stability to Europe.

He blasted NATO as “a tool geared towards confrontation and its further expansion will not bring stability to the European continent.”

His remarks came after a senior US State Department official said the prospects of two European countries joining NATO were discussed between top diplomats from the alliance in Brussels last week.

According to a report by The Times, Finland and Sweden look poised to join the alliance as soon as summer. Finland’s application is expected in June, with Sweden expected to follow.

The report cited a senior American official saying that the membership would be a “massive strategic blunder” for Russian President Vladimir Putin.

Washington justifies the military alliance’s enlargement as a move in response to Russia’s military operation in Ukraine, which has led to a simmering crisis between the two countries.

Putin warned the West on Tuesday that attempts to isolate Moscow would fail, citing the success of the Soviet space program as evidence that Russia could achieve spectacular leaps forward in tough conditions.

Russia says it will never again depend on the West after the United States and its allies imposed crippling sanctions on it to punish Putin for his Feb. 24 order for what he called a “special military operation” in Ukraine.

“We don’t intend to be isolated,” Putin said. “It is impossible to severely isolate anyone in the modern world – especially such a vast country as Russia,” Putin said.

Putin says the “special military operation” in Ukraine is necessary because the United States was using Ukraine to threaten Russia – including via the NATO military alliance.

He said on Tuesday that they had no doubts Russia would achieve all of its objectives in Ukraine – a conflict he cast as both inevitable and essential to defend Russia in the long term.

“Its goals are absolutely clear and noble,” Putin said. “It’s clear that we didn’t have a choice. It was the right decision.”

Ukraine says its forces have mounted stiff resistance and the West has imposed sweeping sanctions on Russia in an effort to force it to withdraw its forces.

UK: All options on the table

Echoing Western allegations against Kremlin, the UK accused Russian forces of using chemical weapons in their operation in the city of Mariupol in Ukraine.

British armed forces minister James Heappey said on Tuesday that all options remained on the table for London if Moscow used any chemical weapons against Ukraine.

“There are some things that are beyond the pale, and the use of chemical weapons will get a response and all options are on the table for what that response could be,” Heappey told Sky News.

The warning came after Ukrainian President Volodymyr Zelensky claimed in a televised address that Russia could resort to chemical weapons as it amassed troops in the eastern Donbas region.

Ukrainian lawmaker Ivanna Klympush also claimed that an “unknown substance” was used by Russian troops, which made people suffer from respiratory failure.

However, Petro Andryushchenko, an aide to the city’s mayor, wrote on Telegram that no chemical attack was confirmed and that they were “waiting for official information from the military.”

Eduard Basurin, a rebel commander, rejected the allegations of using chemical weapons and told the Interfax news agency on Tuesday that Russian-backed forces did not use any such weapons in the city of Mariupol.

Accusing Russian forces of brutality against Ukrainian civilians, Zelensky also pleaded for weapons and military equipment from Western countries to fend off an expected Russian offensive in the east.

“When it comes to the necessary weapons, we still depend on supplies, on our partners. Unfortunately, we are not getting as much as we need to end this war faster … In particular, to lift the blockade of Mariupol,” he said.

Russian troops were aiming to take control of the city of Mariupol on Tuesday, part of an anticipated massive military operation across eastern Ukraine.

“It is likely that in the future the enemy will try to take control of the city of Mariupol, capture Popasna, and launch an offensive in the direction of Kurakhove in order to reach the administrative borders of Donetsk region,” the general staff of the armed forces of Ukraine wrote on Facebook.

According to Myhaylo Podolyak, an official from Zelensky’s office, Ukrainian forces were “surrounded and blocked” by Russian forces in Mariupol.

Pentagon officials also claimed that Russian forces were heading for the town of Izyum in Donbas region, an hour’s drive north of Kramatorsk.

Ukraine’s defense ministry said it believed a major attack was imminent in the east of the country.

“We don’t know precisely when, but the preparation is almost over,” spokesman Oleksandr Motuzyanyk told a media briefing.

Ukraine’s allies are trying to increase economic and diplomatic pressure on Moscow by imposing further sanctions on the country. However, EU foreign ministers’ discussions on the sixth round of sanctions ended without a consensus.

“Nothing is off the table, including sanctions on oil and gas,” said Josep Borrell, the European Union’s top diplomat, stressing that “no decision was taken” in the foreign ministers’ meeting.

The US has sought to pressure Putin to withdraw his forces by banning Russian oil and gas and encouraging allies to follow suit.

In an effort to block the purchase of Russian energy, US President Joe Biden held a virtual meeting with Indian Prime Minister Narendra Modi on Monday, as the US government stressed that it doesn’t want an uptick in Russian energy imports by India.

He said that only India among the Quad group of countries was “somewhat shaky” in acting against Russia over its military operation in Ukraine.

China and India have refrained from sanctioning Russia.

Since sanctions were imposed on Russian energy, followed by steep discounts, India has bought at least 13 million barrels of Russian crude oil compared to 16 million barrels for the whole of last year.