[ Editor’s Note: The Pentagon is running a similar game, the current ruse being the hyping of Russia having launched a “new” offensive, when the first offensive has been ongoing in Donbas for some time.

Here we are in the second month of the War, and there is hardly any mention of the Minsk agreement, nor of Kiev having disregarded the agreement and continuing to shell Donbas for eight years, along with NATO, the CIA and the United States even training neo Nazi forces in Ukraine.

Here we are today, after Putin broadcasted that his withdrawal from the Northern Ukraine cities was to shift those forces into the reclamation of Donbas Russian speaking areas before any peace negotiations begin. This troop shifting is being hyped as “an assault on the Luhansk and Donetsk regions,” when they have not been under Kiev’s control since they refused to accept the US-Kiev Maidan coup in 2014.

It appears Russia wants to try to encircle the Kiev coup troops fighting in Western Donbas and capture them so they cannot be shifted south eventually for the future coastline battles.

Yesterday Zelensky ordered a miracle invasion by the Ukraine Army on the Russian city of Belgorod hoping that will divert Russian forces from the Donbas region’s full liberation. Russia would love nothing better than for Zelensky to amass his army for a Russian invasion, which would be a big target for air attacks.

Zelensky is no military leader, but has Western military advising him, while he scrambles to find a way to bring NATO air and ground forces in to die for him and his neo Nazi buddies and employees of his oligarch funders.

Many more are going to die, as VT has editorialized, in that NATO will fight Russia to the last Ukrainian, if necessary… Jim W. Dean ] 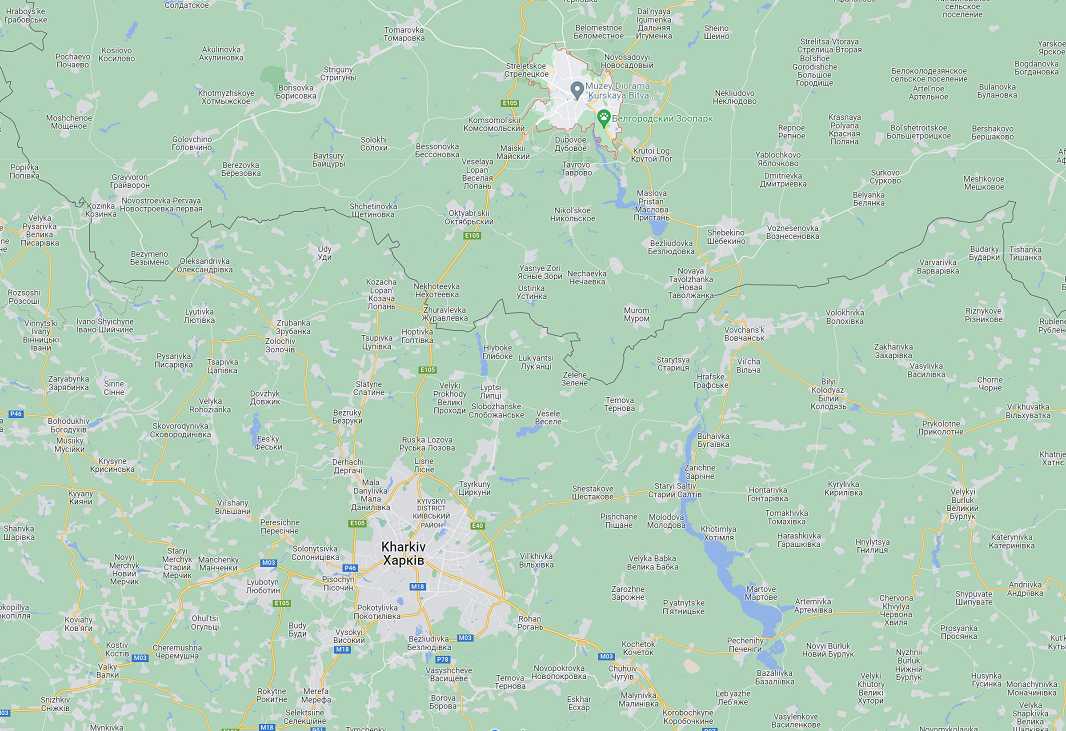 The pin at the top of the map shows Belogrod province where Russia have sent a lot of refugees that Zelensky wants his army to attack. What’s up wid dat?