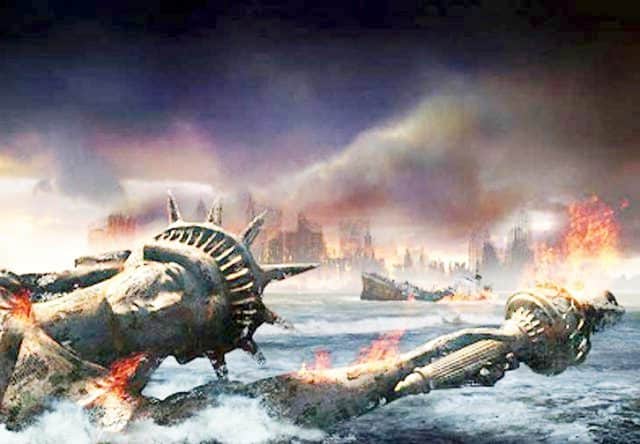 For more than a month now, the whole world has been closely following the situation around Ukraine and, apart from the first week, no important news has been received from the combat zone. There is a double impression: either there are fierce battles, and the Ukrainian army gives a worthy rebuff to the Russian army, so the Russian army is stuck in Ukraine, or both armies generally stopped at their original positions for some reason unknown to us.

The first version seems unlikely for the simple reason that, in contrast to the Karabakh war, there are no daily footage of active hostilities and destroyed equipment coming from the combat zone. Photo and video materials of just a few downed tanks and helicopters, some of which are later exposed as fake. In addition, the Ministry of Defense of Ukraine publishes daily statistics of killed Russian soldiers, without substantiating this information with any hard evidence other than idle talk.

To find an answer to this question, it is worth recalling one important aphorism of Aeschylus about war:

“The first casualty of war is always the truth!”

In this confrontation, referred to by the West as a “war” and by Russia as a special operation, everything that happens is immersed in the world of bluff and shrouded in a matrix of disinformation.

A simple example of the manifestation of the one-sidedness of information in this confrontation.

Any sanctions have a two-way effect. That is, not only the Russian Federation will suffer from them, but also Western investors, manufacturers, suppliers, who, in the person of Russia, will lose not only a huge market, but also a source of raw materials, most of which cannot be compensated at all by any alternatives. For example, the supply of wheat, fertilizers, neon, energy resources, aluminum, palladium, nickel and other raw materials.

It can be argued that the West has put forward sanctions not only against Russia, but also against itself, as a result of which the scenario of mass bankruptcy of Western companies is inevitable in the near future. And in the event that this process enters the phase of a chain reaction, the collapse of the world economy, the withdrawal of the dollar from circulation and the collapse of the US statehood will follow.

But, despite the above, for some reason, information channels only promote cases of damage to the Russian economy, while the economic damage of the West itself is presented as a drop in the ocean.

Looking at the map of the territories of Ukraine controlled by Russia, published on the website of the Ministry of Defense of the Russian Federation, one can see a very subtle nuance – the Russian Federation blocked only those areas where two strategically important industrial plants of Ukraine were located: Krion (in Mariupol) and Ingaz (in Odessa ). These factories provided from 45 to 54% of world deliveries of neon, which is the most important element in the production of microcircuits (the remaining 50% of this raw material is produced in China).

As soon as the Russian Federation took control of these two objects, the confrontation subsided.

You can guess that the Russian Federation, together with China (the main, but very latent player in this confrontation) knew that the main artery of the Western economy is located in this zone, and by blocking it, very large compromises from the United States can be achieved. Thus, the option of chance and thoughtlessness of initiating a special operation is clearly excluded.

The effect of this step exceeded all expectations: the panicked West, in confusion, began to entangle itself in this web of hopelessness more and more, bringing down sanctions on the Russian Federation, which is comparable to shooting itself in the foot. Since any imposed sanction and embargo is bilateral in nature, in fact, the West, by this step, imposed sanctions on itself.

In this situation, Soviet strategists and analysts believed that in order to block supply routes and destroy supply chains and settlements, it is necessary to break ties between US corporations by disabling their transit channels. But such a fragmentation of the economy could only be possible with the help of a nuclear explosion in the United States, which the Soviet leadership, as is already known, did not dare to take. It can be argued that the current leadership of Russia has found the Achilles’ heel of the Western economy and, having opened its main artery in Ukraine, is now patiently waiting for its exhaustion and bleeding.

As expected, the West reacted to this act with reflexive movements (sanctions, isolation, interruption of all economic relations), and with these swings, he activated the detonators of the “delayed nuclear bomb” planted under the full-scale world economy. The course of further events (if there are no changes in the coming months) it will not be difficult to predict.

In the best case, the West will have to make colossal concessions to Russia in order to urgently neutralize this neon “bomb”.

In the worst case, the option of a “nuclear explosion” in the world economy is inevitable. Thus, a break in the supply chains of the Western economies will lead to a chain reaction in the global economy in the form of a series of bankruptcies of firms and corporations, an increase in unemployment (and exponentially), dragging the United States to the fall of the Dow Jones Industrial Average (or S&P 500) below the critical point and the collapse of the stock markets.

The ban on the supply of dollar bills to the Russian Federation is almost tantamount to “shooting yourself in the foot.” It is known that the strength of the American national currency is based on an agreement with Saudi Arabia and the OPEC countries that all their energy supply contracts should be denominated in dollars. (in exchange for military assistance to pro-American Middle Eastern countries). After this agreement, the dollar was secured in the form of oil, and the United States, confidently abolishing the “gold standard”, sold all its gold reserves.

As a result, the dollar became the main reserve currency of the world, which provided it with maximum liquidity. This gave the United States the opportunity to issue additional volumes of currencies without the risk of subsequent inflation in the country, borrow funds in the capital markets at relatively low rates (due to the high liquidity of the dollar), save on currency conversion fees, win when the dollar appreciates, and track transactions during all over the world.

At one time, Saddam Hussein, Muammar Gaddafi, Iran, dared and tried to object to this agreement – whose further fate is known. As a result of all these manipulations, the dollar index (USDX) always stays above 80 – which is considered a red line for the dollar.

The emergence of the euro and the de-dollarization policy launched by Russia and China since 2009 hit the dollar and the US economy hard. And over the past 10 years, according to the Bank for International Settlements, the share of the American currency in world reserves has decreased from 70 to 60%.

After imposing a ban on the supply of dollar banknotes to the Russian Federation, Russia is now forced to conduct its foreign trade operations in another currency (and this will create a huge demand for such a currency), which could push the dollar index below the red line. Inflation, against the backdrop of a shortage of many goods and raw materials, is inevitable. And if this happens, then in this case everyone will be forced to get rid of the dollar, as from a rapidly depreciating currency and not backed by any gold.

In this excitement, paradoxically, the US itself will have no other way but to switch to a more flexible and stable currency, which means the collapse of the dollar. And given that the United States has been drowning in the debt cycle for many years now, the consequences of this recession can become deplorable for the States. Unfortunately, these processes are irreversible, and all this may already be carefully considered by Russia and China.

The winner of all these processes will be China and its currency; Turkey as an important trade hub between the West and China; and southern neighbors of the Russian Federation (located along the Silk Road from China to Europe)where the economic activity of companies from Russia will move (in the form of a sanctions-free strip); as well as Iran, Venezuela and other sanctioned countries, from which the US will be forced to remove a number of restrictions in order to somehow balance the turbulence in the energy market and in the global economy in general.

We repeat once again that all this is possible only if the United States does not make colossal concessions to Russia in time. And if the Russian Federation can hold its ground for several months, and if its economy survives this test.

It is obvious that the Western economy is not designed for long interruptions and high transit prices. The United States and the Russian Federation themselves, in this case, went for broke. The winner takes it all. Or maybe… nothing.