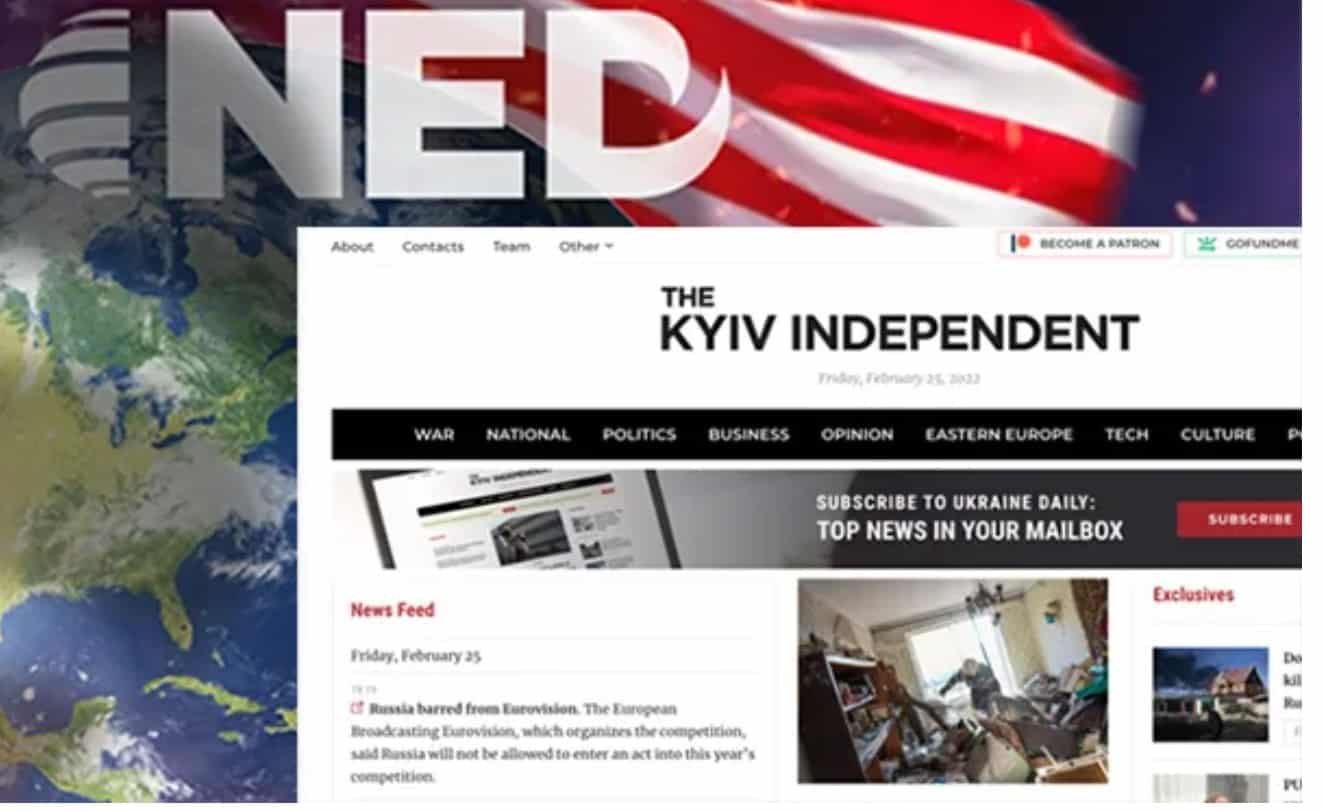 Throughout this war, one of the most prolific voices has been the Kyiv Independent. Through both its website and its Twitter account, it has been posting a nearly endless stream of unconfirmed and often fantastical pro-Ukrainian propaganda along with unverified, and often unattributed tales of the latest Russian atrocities.

Despite never offering even a scrap of evidence, however, it exploded from a few thousand followers before the war to several million now, with millions more following its individual reporters. It is routinely promoted by some of the biggest names in media, such as CNN and Fox News.

Let’s take a look at one tweet in particular, as an example of this. On March 30, the Kyiv Independent tweeted this:

We can see here a blending between truth and lies. While strikes would hit the warehouse, and the Red Cross would confirm that (and also, that it had been abandoned for more than two weeks by that time and all aid was distributed), no evidence was given that the strikes were Russian and the Red Cross did not comment on it.

The only source for the claim that the attacks were Russian is the Azov Battalion, putting the credibility of the statement into serious doubt. Kyiv Independent does not tell you this.

Despite this being posted with no evidence in the first place, the tweet was re-tweeted 12,000 times. How many people could this piece of literal Nazi propaganda have reached?

This outfit is well-funded and well-run. They can and do produce large amounts of good-quality English-language content very quickly. The market for this content, obviously, is not Ukrainians, but the West.

It is important to understand just how a propaganda network like this works. This blending of truth and lie is very common. The terrible realities of war mean that there is always plenty of information to report. Attacks and counterattacks. Bombs falling here. Shells there. Deaths and fires.

Much of this is probably accurate information. The sheer volume of it, combined with all the promotion, paid or otherwise, means that soon you will see Kyiv Independent reports on every screen, every day.

However, you only get one side of the issue. It is illegal to report on Ukrainian military casualties. This means that all you will see is dead Russians, burning Russian tanks and the wreckage of Russian aircraft. This creates an image of an invincible Ukrainian Army, killing Russians by the thousands with no losses of their own.

Meanwhile, every shell and bomb that hits a Ukrainian city is relentlessly covered. This means that the Russians are simultaneously portrayed as an omnipresent bogeyman, but also as incompetent cowards. Umberto Eco’s words about shifting rhetorical focus are relevant here.

Peppered in the endless streams of more mundane reporting, however, are the increasingly unhinged calls for escalation. Worse yet, at some points the mask comes off entirely, such as in this bizarre article which seems to both downplay nuclear war, and cast it as an acceptable price to pay for Ukrainian victory, all while accusing Putin of being the nuclear threat.

It is clear that the editorial position of this paper is that the war should escalate, more people should die and, if necessary, Russia, and therefore the Russian people, should be annihilated with nuclear weapons. More than that, their position seems to be that we cannot afford NOT to do so.

No one would win World War III. Not even the reporters at Kyiv Independent. No one except the arms dealers. This outfit has a greatly outsized reach with which to spread these ideas. The paper was founded in 2021 after the staff of the Kyiv Post walked out en masse after the paper came under new ownership. While it is presented as a valiant attempt to retain editorial control, the seed funding the Post received from the Canadian Government and the European Endowment for Democracy (the EU equivalent of the NED) tells another tale.

Indeed, if you look more closely at the staff, a pattern of collaboration with NATO regime-change operations becomes very clear.

According to her Linkedin page, she worked for three years with an organization called the Objective Investigative Reporting Project as a grant coordinator for independent journalists. A little digging finds that she is referring to this, for which no unpacking is necessary, given as the sidebar tells us what we need to know.

“Launched in July 2013, Objective is a new media development project and joint venture of Niras/BBC funded by the Danish Foreign Ministry. The project will run for four years in seven countries–Ukraine, Belarus, Moldova, Georgia, Armenia, Azerbaijan and Turkey.”

It appears that Miss Rudenko’s primary role was to disperse funding to journalists writing about corruption, particularly focusing on Ukrainian oligarchs.

While they claimed to have done investigative reporting in Belarus, Moldova, Georgia, Armenia, Azerbaijan and Turkey, it seems they mostly focused on Ukraine and Moldova. These articles were then given away to a variety of papers in Ukraine, meaning that the enterprise did not make any money.

How Rudenko was able to get enough foreign funding to support an entire team of journalists working for years in multiple countries is unclear. It is possible that there is some connection to the Media Development Fund, which she would co-found the same year as the aims and methods of the two are quite similar.

Prior to this she was not a particularly distinguished reporter, working mostly as a staff reporter for Kyiv Post. Before that, she would work as a foreign freelancer for Associated Reporters Abroad, under which she wrote stories for various American and overseas press agencies. Her articles in this role were numerous, but seem to be mostly routine stringer work. She worked her way up the ranks to become an editor at the Kyiv Post before leaving with the rest of the staff in 2021 to found the Kyiv Independent.

She would also become a fellow of the Wilson Center at some point, another U.S. government-funded think tank for which she has also written some news articles.

The consulting firm was heavily involved in the Opioid crisis, and the Enron scandal and even helped fix bread prices in Canada. Their government work includes helping the Saudi Arabian regime identify and murder dissidents and helping South African utility companies steal and launder millions of dollars from the impoverished South African people among many, many other crimes. While we cannot confirm exactly what Mr. Parusinski was involved with at McKinsey, it certainly was not benevolent.