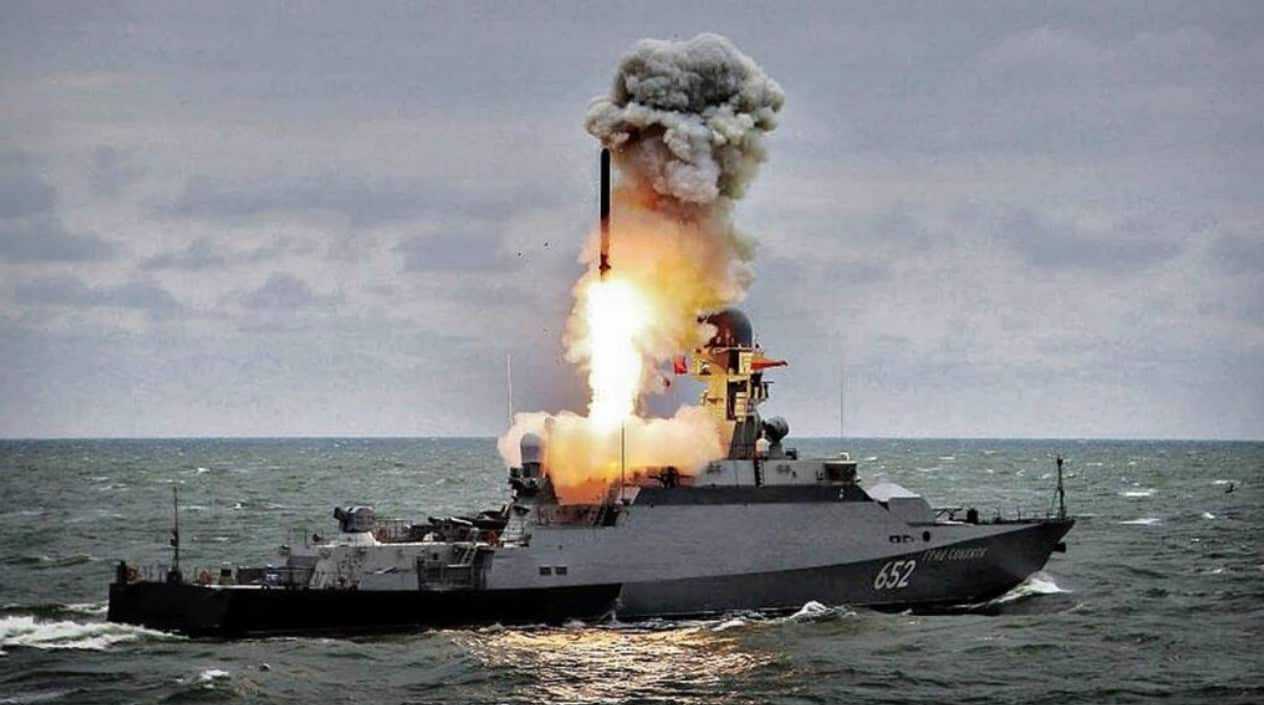 Ukrainian President Volodymyr Zelenskyy has been nothing short of brilliant in his outreach to Western audiences. But at the Doha Forum last month, it was evident that Ukraine’s message has been far less compelling with the countries of the broader Global South. A key reason for this is the framing of the war as a battle for the survival of the “international rules-based order,” which both Zelenskyy, Biden, and other Western leaders have favored.

My MSNBC column this week addresses this issue. As always, your thoughts are welcome.

Ukrainian President Volodymyr Zelenskyy has been nothing short of brilliant in his outreach to Western audiences. The overwhelming Western support for Ukraine is due not only to the brutality of Russia’s illegal invasion but also to the astuteness and charisma with which Zelenskyy has made Ukraine’s case for aid.

But as effective as Zelenskyy has been in drumming up Western support, Ukraine’s message has been far less compelling to audiences in the Global South, where many countries have declined to join Western campaigns to sanction Russia’s economy and isolate it diplomatically. This was vividly clear at the Doha Forum last month in Qatar, where Zelenskyy and Ukrainian Deputy Foreign Minister Emine Dzhaparova were given a big platform. A powerful communicator in her own right, Dzhaparova — a Muslim Tatar from Crimea — played on themes favored by Western leaders: This war is ultimately not about Ukraine but about the survival of the “international rules-based order.” President Joe Biden and European leaders have repeatedly framed the conflict in these terms, as well.

But therein lies the disconnect with much of the Global South. In conversations with diplomats and analysts from across Africa, Asia, the Middle East and Latin America, it was evident to me that these countries largely sympathize with the plight of the Ukrainian people and view Russia as the aggressor. But Western demands that they make costly sacrifices by cutting off economic ties with Russia to uphold a “rules-based order” have begotten an allergic reaction.

That order hasn’t been rules-based; instead, it has allowed the U.S. to violate international law with impunity. The West’s messaging on Ukraine has taken its tone-deafness to a whole new level, and it is unlikely to win over the support of countries that have often experienced the worse sides of the international order.

The countries that have bucked Western calls for aid and diplomatic unity that have received the most attention are Saudi Arabia and the United Arab Emirates. In a sharp break from Washington, they have furthered their economic and political embrace of Russia while rebuffing Biden’s request to lower oil prices by pumping more oil.

The UAE refused to denounce Russia’s invasion at the U.N. Security Council, and while its de facto leader, Mohammed bin Zayed, refused a phone call with Biden, he ordered his foreign minister to travel to Russia to strengthen their ties. The concerns of Riyadh and Abu Dhabi differ sharply from those of most of the broader Global South and are rooted primarily in their deteriorating ties with Washington over the U.S. disinclination to go to war on their behalf against Iran and its allies. One Saudi diplomat has described Saudi-U.S. tensions as “the end of the road for us and Biden, but maybe the U.S. also.”

For the rest of the Global South, various local and broader structural factors have contributed to a hesitance to support the isolation of Russia. South American powers such as Brazil and Mexico, African heavyweights South Africa and Ethiopia and Asian rising power India are all in the majority in their regions in their refusal to sanction Russia.

India’s relations with Russia go back to the Cold War when the Soviet Union vetoed numerous U.N. Security Council resolutions about Kashmir on India’s behalf. Russia remains one of India’s leading arms suppliers to this day. The same is true for many African countries. According to the Stockholm International Peace Research Institute, 18 percent of all Russian arms sales went to Africa from 2016 to 2020. African dependence on Russian and Ukrainian wheat and fertilizers is even greater — a quarter of African countries get a third of their wheat from Russia and Ukraine. Egypt knows the significance of this all too well. Rising Russian and Ukrainian grain prices in the months before the Arab spring in 2011 played a crucial role in setting the stage for the regionwide protests.

But the broader Global South’s dependence on or vulnerability to Russia doesn’t tell the whole story. Many of these states also see flagrant hypocrisy in framing the Ukraine war in terms of the survival of the rules-based order. From their vantage point, no other country or bloc has undermined international law, norms, or the rules-based order more than the U.S. and the West.

There is no scarcity of examples. In recent years, America undercut the rules-based order when Donald Trump withdrew from the U.N. Human Rights Council over its criticism of Israel’s treatment of Palestinians and the World Health Organization amid the Covid pandemic, and he sanctioned senior officials of the International Criminal Court for seeking to investigate American war crimes in Afghanistan. (The Biden administration is calling for the court to investigate Russian war crimes in Ukraine.)

There is also the blatant illegality of the George W. Bush administration’s invasion of Iraq, the Obama administration’s regime-change intervention in Libya, the U.S. and the U.K.’s ongoing support for the Saudi war in Yemen (which has left 13 million people at risk of starvation) and the celebration of armed Ukrainian resistance against Russian invaders while not only condemning Palestinian resistance against Israeli occupation but also outlawing nonviolent economic opposition to that decadeslong occupation. And then there is the “global war on terror,” which has destabilized much of the Middle East and North Africa while killing more than twice as many people as the terrorists themselves have murdered since the Sept. 11 attacks.

In fact, even though the U.S. played an instrumental role in establishing the rules and norms of the post-World War II order, it almost immediately began breaking them. During his two terms, President Dwight D. Eisenhower authorized no fewer than 104 covert operations, which included overthrowing governments and arming regional revolts.

But now the U.S. is demanding that countries in the Global South make massive and costly sacrifices — with little regard for their vulnerabilities and security needs — to save an order the U.S. itself has been at the forefront of eroding. To return to an order in which the U.S. can continue to act outside international law is equivalent to asking the Global South to make unbearable sacrifices to uphold American exceptionalism.

Moreover, it doesn’t help that many of these countries perceive themselves as having been on the receiving end of American unilateralism and recklessness. NATO, for instance, isn’t held in high regard in large parts of Africa because of its military intervention in Libya, which left a path of death and destruction in the Sahel. Defending his country’s neutral stance, Ugandan President Yoweri Museveni told reporters last month that the West “destroyed” Libya while spreading terrorism beyond its border.

The damaging consequences of American interventionism play a significant role in the calculations of countries across the Global South. Most of them seek close relations with the U.S. But because of U.S. unilateralism, they desire options to find counterweights against U.S. power when needed. The emergence of a multipolar system provides countries of the Global South with a degree of protection against American adventurism, while they largely see Russia’s military intervention in Ukraine as a European affair that doesn’t change the larger global picture, in which balancing options against the U.S. rather than Russia are sought after.

As former Indian national security adviser Shivshankar Menon writes, most Asian capitals regard the conflict as a war “over the European security order — not an epochal global conflagration.” Getting entangled in that regional conflict makes little sense for many in the Global South — and certainly not for the sake of restoring a flawed order that gave undue advantage to the West. Indeed, the glee with which some Western analysts view the Ukrainian war as a “strategic opportunity” to reignite a Cold War between democracies and autocracies — scholars Michael Beckley and Hal Brands went so far as to say that Putin has “inadvertently done the United States and its allies a tremendous favor” by creating this window — appears to only further push away the broader Global South.

For Ukraine, the support of the Global South may ultimately not be a high priority. But for the U.S., there’s an important lesson here. Had it pursued a more restrained foreign policy in the past few decades, it might have found it far easier to rally the global community to its side against the aggression of another nuclear power.

About Author: Trita Parsi is the Executive Vice President of the Quincy Institute and the author of Losing an Enemy – Obama, Iran and the Triumph of Diplomacy