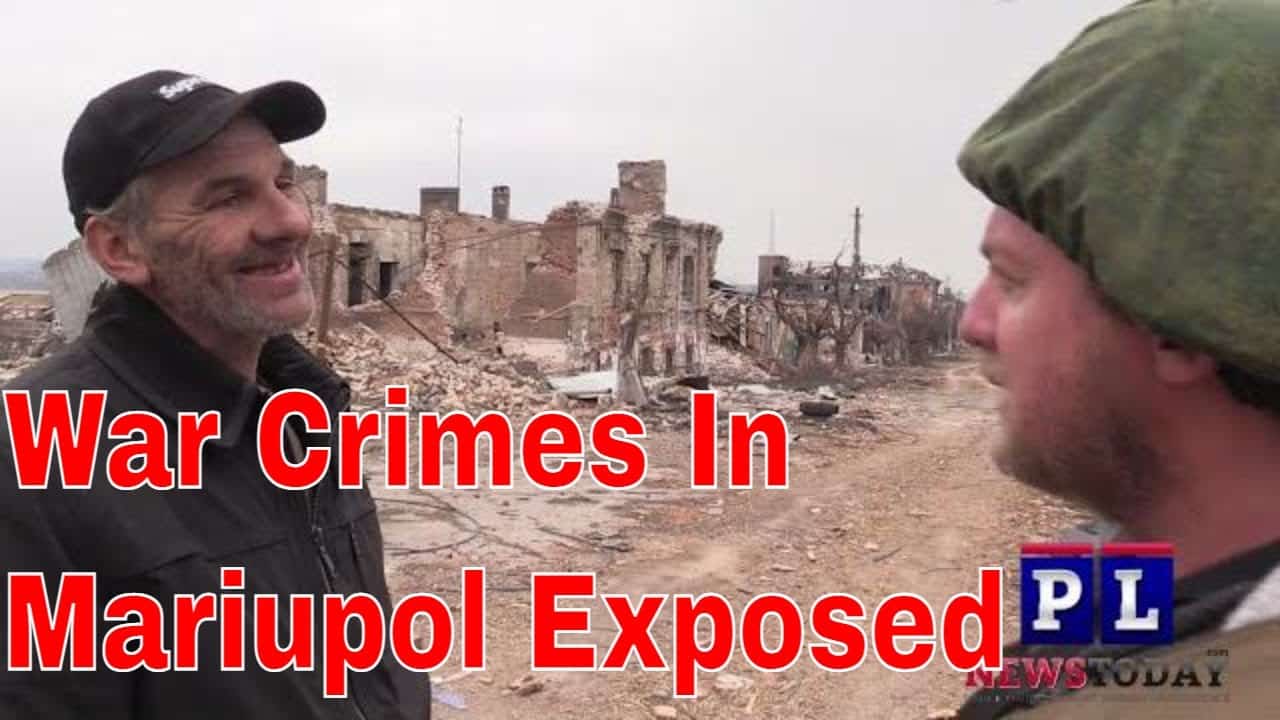 In matter of fact but poignant footage, Patrick Lancaster speaks with a Mariupolitan, Alexander Boroznyak who says he is raising his three young grandchildren now that his widowed 36 year old daughter, Krystina, has been killed by Kiev’s military action.

You can skip to Minute 17:40: In segment two of the video, a resident, Sergey Kostyuchenko speaks about the Ukrainian army shooting 50 to 100 times at a theater building with around 1000 people inside it, from 5:00 a.m. to 8:30 a.m.  Sergey at one point had to hide overnight in a makeshift pit or trench. He reminds us that the formerly beautiful Torgovaya Street in Mariupol was built in the late 1800s and was part of a quaint historical district, now with most of it smashed by Kiev’s shelling.

At Minute 25:19: In segment three of the video, Patrick talks with Dima who took refuge at the theater building and helped other displaced persons. Every day, civilians had been gathering near the drama center, theater, as the Ukrainian army had promised evacuation corridors for civilians, which did not happen.

Worth your time, if you’re over 18 years old, to view Patrick’s reporting on Youtube. Play at 1.25 speed and pause to read some of the translations. A good portion of the video is in English:

Over the 8 years of the Ukraine War I made more video reports in anti-Ukraine Government (Donetsk People’s Republic) controlled territory than any other western journalist.

Also covered the Armenian Azerbaijan war reaching over 8 million on his youtube channel with his reports there I show what the western media will not show you.

Patrick is only funded by his viewers.

YOU CAN SUPPORT HIS JOURNALISM ON https://www.buymeacoffee.com/PLnewstoday

You can find his reports on Youtube and other social media: https://www.youtube.com/c/PatrickLanc…