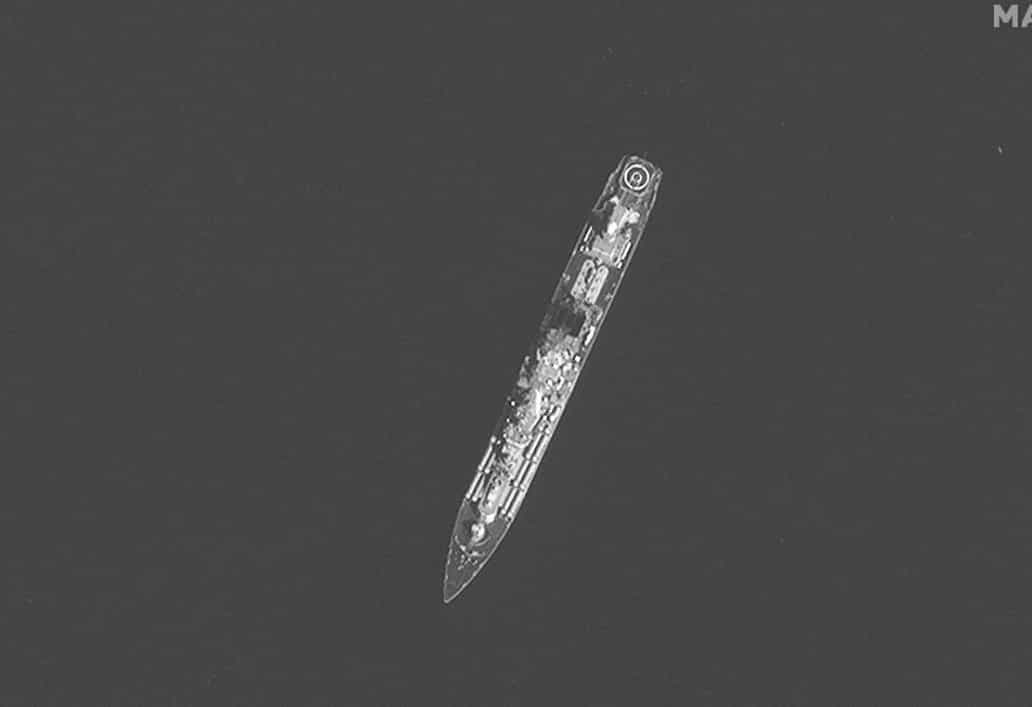 VT believes a missile was fired from the US air base in Romania guided by American AEGIS radar in Constanza….very dangerous and there will be retaliation…which America will not report.  War is all about lies.

Briefing by the official representative of the Ministry of Defense of the Russian Federation Igor Konashenkov as of 10.00 on April 14, 2022 on the progress of the special operation in Ukraine:

The armed forces of the Russian Federation continue to conduct a special military operation in Ukraine.

– During the night of April 14, 12 enemy targets were destroyed by high-precision weapons. Including: in the settlements of VELIKAYA MIKHAILOVKA and BOGATYR two warehouses of rocket and artillery weapons of Ukrainian troops;

A Ukrainian MiG-29 fighter jet, a Mi-8 helicopter and a Bayraktar TB-2 unmanned aerial vehicle were destroyed at the DNEPR airfield.

– Operational-tactical aviation hit 48 military facilities of Ukraine in a day. Among them: two command posts, a radar station, two positions of a multiple launch rocket system, an artillery battery, six depots of missile and artillery weapons, as well as 48 areas of concentration of Ukrainian military equipment.

– Missile forces and artillery hit 770 objects, including 9 command posts, 101 strongholds, 548 areas of accumulation of manpower and firepower of the Armed Forces of Ukraine, 110 artillery firing positions, the S-300 anti-aircraft missile system and an ammunition depot.

– During the operation to liberate the city of MARIUPOL, 134 more Ukrainian servicemen, including 14 officers, voluntarily laid down their arms and surrendered overnight.

In just one day, 1,160 Ukrainian servicemen of the 36th Marine Brigade voluntarily surrendered. Among them, 176 officers.

Losses of the Ukrainian side as a result of a special military operation of the RF Armed Forces on April 14, 2022 – RYBAR .

– During the day, the Armed Forces of Ukraine lost 731 people killed, wounded and captured. 460 people were taken prisoner in all areas of combat operations.

All data are predictable: the Ukrainian side in internal reports does not have the exact number of casualties for each category.

There is no communication with some units, and they are listed as missing, some equipment can be restored after the strike. Therefore, in the internal reports of the Armed Forces of Ukraine, the tendency always goes to underestimate the real number of losses. The Ukrainian military, who voluntarily laid down their arms, spoke about the order of the “Right Sector” * banned in Russia * to shoot civilians in Rubizhne.

“I witnessed how the “Right Sector” brought us 20 civilian civilians to Rubezhnoye, they had white bandages on their hands … And there was a command to shoot them. To our question why to do this, the elder replied that it would be revenge for Bucha, the civilians killed, it seems, like in Bucha. We refused to do so, for which we were disarmed and lowered into a pit.”

On Wednesday, the US government approved a new $800 million military aid package for Ukraine. It includes, among other things, 11 Mi-17 multi-purpose helicopters, which were previously planned to be transferred to the Afghan Armed Forces.

In addition, the package will include:

– Mobile radar stations, including 10 AN/TPQ-36 Firefinder mobile anti-battery systems and 2 AN/MPQ-64 Sentinel airborne target detection radars. The training of operators of these systems will be carried out by American instructors;

– 500 Javelin ATGMs and hundreds of other anti-tank missiles;

– Over 2000 optical sights and laser rangefinders.

The Russian Defense Ministry spoke about the situation with the Moskva missile cruiser:

– The source of ignition on the cruiser “Moskva” is localized. There is no open fire. Explosions of ammunition have been stopped.

– The crew was evacuated to the ships of the Black Sea Fleet in the area.

– Arrangements are being made to tow the cruiser to port.

The cause of the fire is being established.

– From the point of view of planning actions at sea, this is a big question – who guessed to drag a large old ship for a point-blank strike and did not open / did not take into account the deployment of a modern coastal missile system at a minimum distance.

– From a historical point of view, there was such a battleship “Petropavlovsk”, on March 31 (April 13), 1904, which exploded in a minefield set by the Japanese. Admiral Stepan Osipovich Makarov and artist Vasily Vasilyevich Vereshchagin died on board. The death of “Petropavlovsk” on a mine led to the invention by the Russians of a new type of weapon – an underwater mine layer.

– From an informational point of view – in three days there will be other news and all the same identical television shows with outsiders and uninvolved screamers.

– From an engineering point of view, this is an indicator of the correctness of the appearance of a “mosquito” caliber fleet – RTOs with “Caliber” and, in the future, with hypers on board.

I repeat, this operation will be studied in all military academies of the world. And in the naval academies, of course.

The enemy will be defeated. Victory will be ours.

In the title photo: The crew of the missile cruiser “Moskva” stoically fought for the survivability of their native ship, trying to reach the harbor of Sevastopol on their own at low speed. After they failed to cope with the source of fire on their own, a decision was made to evacuate, the Rybar telegram channel writes.