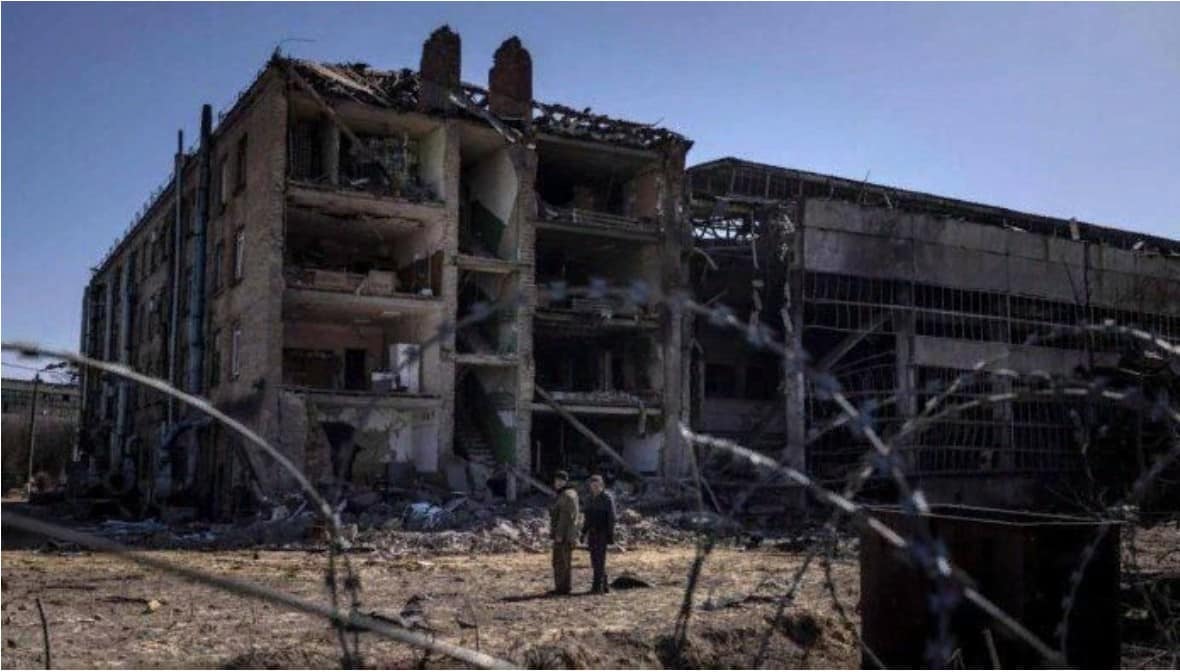 Today’s night and day are very hot. We are advancing, the enemy’s art works very tightly, – Older than Edda .

You know, only here you really understand what it was like for our grandfathers and great-grandfathers during the Second World War. Often in the evening we talk about how terrible it was then, if even now, when enemy fire and losses cannot be compared with the events of the Great Patriotic War, at certain moments the point is compressed so that it can bite a nail.

Briefing of the Russian Ministry of Defense on the course of the special military operation of the RF Armed Forces in Ukraine – March 15, day:

In the city of Mariupol, a group of Russian troops and units of the people’s militia of the Donetsk Republic, as a result of offensive operations, completely liberated the Ilyich Iron and Steel Works from Ukrainian nationalists.

“Tonight, Kalibr sea-based high-precision long-range missiles attacked a military facility on the outskirts of Kyiv. As a result of the attack on the Zhulian machine-building plant “Vizar”, the workshops for the production and repair of long-range and medium-range anti-aircraft missile systems, as well as anti-ship missiles, were destroyed.

– The number and scale of missile strikes on targets in Kyiv will increase in response to the commission by the Kiev nationalist regime of any attacks of a terrorist nature or sabotage on Russian territory.

– Russian air defense systems near the village of Gorodnya, Chernihiv region, while returning to the airbase, the S-400 anti-aircraft missile system shot down a Ukrainian Mi-8 helicopter, which on April 14 attacked residents of the peaceful village of Klimovo in the Bryansk region.

– A Su-27 fighter jet of the Ukrainian Air Force was shot down in the air near the village of Lozovaya in the Kharkiv region.

– During the night, seven enemy targets were hit by high-precision air-launched missiles. Among them: in the Yasenovye area, a Tochka-U tactical missile launcher and a temporary deployment point for a Ukrainian nationalist formation were destroyed, including up to 20 armored vehicles and up to 50 nationalists; in the areas of the settlements of Dergachi, Novoelizavetovka, Povstanskoye, accumulations of Ukrainian military equipment and weapons were destroyed; in the settlements of Nikolaev and Parutino, warehouses of rocket and artillery weapons and fuel were destroyed.

– Rocket troops in the settlement of Izyumskoe, Kharkov region, as a result of the strike, liquidated a detachment of mercenaries of the Polish private military campaign. Destroyed up to 30 Polish mercenaries.

– Also, 221 military facilities of Ukraine were defeated, including: 12 command posts, 176 strongholds and areas of concentration of enemy manpower, 12 artillery firing positions were suppressed.

– Operational-tactical aviation destroyed 13 military facilities of Ukraine during the night. Among them: two depots of rocket and artillery weapons and 10 areas of concentration of personnel and Ukrainian military equipment.

– Army aviation in the areas of Gusarovka and Volobuevka destroyed accumulations of manpower and Ukrainian military equipment, including: three strongholds, 9 armored vehicles and vehicles for various purposes.

In total, since the beginning of the special military operation, the following have been destroyed:

The military special operation of the Russian Federation in Ukraine will end pretty soon, we are not going to stretch it out, said Senator Andrey Klimov .

According to our source in the SBU, as a result of an audit of the awards department of the Ministry of Defense of Ukraine, several hundred facts of illegal awarding of the highest awards of Ukraine were revealed. It is noteworthy that all acts of awards were agreed with Bankova, and many order bearers were “lowered” into the Armed Forces of Ukraine also at the request of the President’s Office and even Zelensky personally. Most of the awards went to some civilians. Their names were included in the documents of previously awarded servicemen. At the same time, the fact that future order bearers are not military personnel was even ignored – Gossip Girl .

Nothing surprising. It has long been known that the certificates of combatants in the ATO / JFO were distributed and sold right and left. And they were even imposed by local military commissars on orders from “above”. In fact, those who fought in the Donbass are many times less than the statistics indicate.

The note came in response to a sharp expansion of the range of weapons provided to Kiev – a copy of the document was in the editors of The Washington Post. According to the publication, Russia warns the White House against the supply of the US and NATO “the most sensitive” weapons systems to Ukraine, as this adds fuel to the conflict and could “lead to unpredictable consequences.”

“Many of us in the West had the assumption that we could supply Ukraine without restrictions and not carry a significant risk of retaliation from Russia. I think the Russians want to make it clear that this is not true, ” George Beebe , a CIA officer and adviser on Russia to former Vice President Dick Cheney , told the publication .

“We were abandoned by our command,” the sailor talks about the events that took place before the surrender in Mariupol, writes Readovka .

A sailor from the 36th brigade, Viktor Spassky, who voluntarily laid down his arms in Mariupol, recalls with tears in his eyes how the leadership threatened to shoot those who decided to leave their positions, and how they left them without the promised help. When the situation at the plant named after Ilyich reached the limit, the marines were offered a choice – either go to the Azovmash plant, or break through in their groups.

The servicemen themselves did not know where to go, what to do. It was clear that they did not want to go to another plant, so it was decided to go to Mariupol. They were promised that they would help in the city, but no one came to them. As a result, a group of Marines was surrounded and surrendered. Now Viktor is undergoing treatment: doctors from Russia and the DPR are providing him with the necessary medical care.

A former resident of Lugansk, who lives in Germany, refused to translate the speeches of Ukrainian refugees at their rallies into German.

“Thank you very much, I will stay at home, I will not translate anything …

I am very sorry, because I myself am from Lugansk. I understand it all. I feel sorry for women…

But if the topic “Glory to Ukraine” starts, and they will gallop like elephants, and I will translate it, I said: I don’t need any money. I’d rather stay here, at my job, or I’ll just sit at home, but I’m not going to translate anything …

My opinion remains the same – the poor people who do not want to fight, they stayed there, and the rich – they all run here. Why am I saying this? Because I work at a gas station on the autobahn, and I saw how many Ukrainian plates drive here, with wads of money like that. There are dollars, there are hryvnias, there are rubles, there are euros. And there are such packs – they don’t even bother what they buy … ”.

Ukrainian nationalist territorial defense battalions are already recruiting teenagers into their ranks . As it is – ukroreykh.