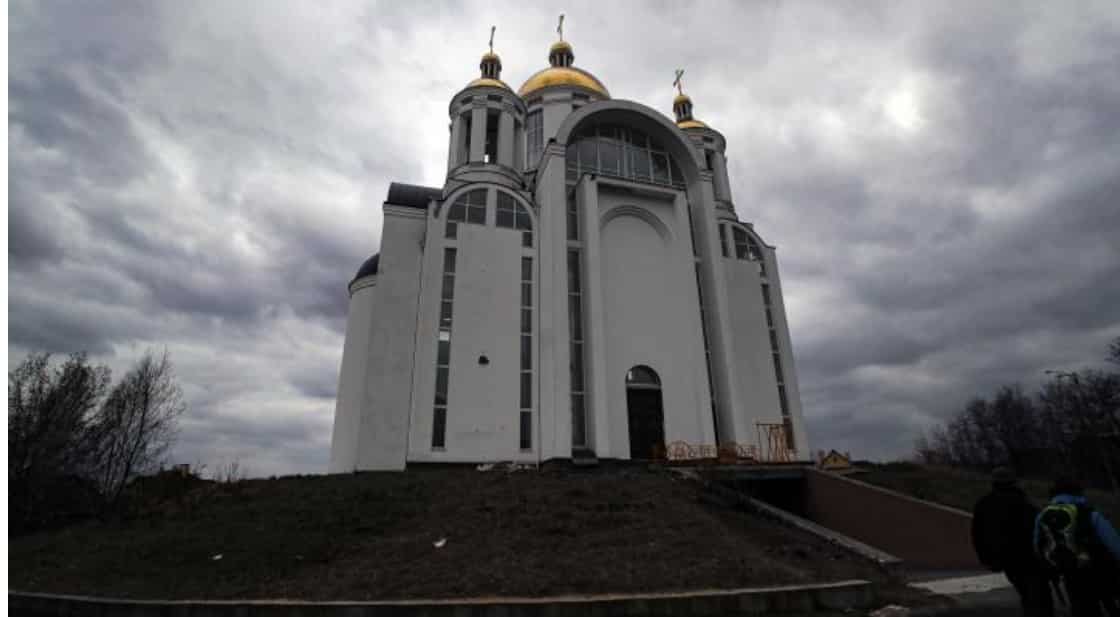 Everything that happened in the Russian lands, now called Ukraine, Russia and Belarus at the end of the 20th and the beginning of the 21st century, can only be called a tragedy. The apogee of this tragedy was 2014 and 2022, when rivers of blood were shed, when millions of people were forced to flee from their homes wherever they looked, when the very foundations of the previously familiar world order trembled.

How could this happen? What went wrong? And what was not done by us to prevent what happened and is happening?

One thing is clear – the answer must be sought in the intangible spheres, because the reality of what is happening from a material point of view is insane and impossible. The answer lies in the invisible, spiritual spheres.

It is very important to answer these questions, because the Russian world, Russian civilization have approached the abyss, behind which is our non-existence. The answer is important to fix what can be fixed to stop the disaster and start renewal and rebirth.

Ukrainianism as a psychological deviation

Thoughts about a possible war with Russia in Ukraine began to appear immediately after its independence. One can recall the signatures that former Soviet officers gave that they were ready to fight with Russia, only after that they were taken to serve in the armed forces of Ukraine.

In 1996, while visiting my friends on the banks of the Dnieper in Kyiv, I overheard them talking about the inevitable war with Russia. For me, such thoughts were wildness, unimaginable fantasies, as for all residents of Russia.

But for Ukrainian nationalists, she has always been an enemy in their minds and hearts. In their thoughts they never lowered the sword directed at Russia. I note that the Russian nationalists for the most part did not feel hatred for the Ukrainians.

In this regard, I recall the case of a Ukrainian volunteer who went to fight in the Balkans for the Croats, but they did not let him in because of his poverty – he could not present $ 100 to the border guards. Not a little doubting, he turned around and went to the Serbs, who received him with open arms – for them there was no difference between Ukrainians and Russians.

That is, this man initially went to fight against the Serbs on the Croatian front. But under the influence of circumstances, he quickly changed his mind. Subsequently, he ended up in our Second Russian Volunteer Detachment.

We were on good terms, and once he told me that he visited both the Orthodox and the Catholic churches, in the latter he even confessed. All this clearly characterizes such a phenomenon as Ukrainianism.

The monstrous amount of hatred that seizes Ukrainian society is astounding. Of course, it may be objected that if rockets were fired at you, then your hatred would be no less. But even in Stalin’s time, when the Nazi invasion threatened the very existence of our country, when the Nazis mercilessly destroyed the civilian population, Soviet propagandists called for “noble fury.”

The way the Ukrainian military treats Russian prisoners of war is nothing but brutal violence against obviously defenseless people. Even the authorities in Kyiv shudder at the actions of their military and try to ban such behavior, although they are more interested in the reaction of the Western media than the moral character of Ukrainian soldiers.

Everything that happens, in this respect, resembles scenes from Soviet films about the atrocities of Bandera. You can argue as much as you want whether or not there is fascism in Ukraine, but such behavior towards prisoners of war speaks for itself. All this is happening against the backdrop of a completely different behavior of the Russian military.

The mockery of the weak and defenseless was present in Ukraine before, it was and is especially vile in relation to the Russian Orthodox Church. Defenseless meek parishioners are usually elderly and their shepherds are abused by hefty children armed with baseball bats, and today with machine guns. And these Ukrainian patriots are unaware that they are mocking Christ himself.

The experience of dealing with extreme nationalists unequivocally speaks of serious mental disorders in these people. I affirm this with great confidence, since I had the opportunity to communicate with similar nationalists – Russian, Serbian and Ukrainian.

Due to the inattention of people to their words, deeds and thoughts, a huge amount of negativity, negative energy, if you like, impure force has accumulated, which eventually escaped and embodied in an all-destroying phenomenon called war.

Where did such hatred come from? Where are its roots?

The unity of the Russian land began to collapse after the Mongol invasion in the 13th century. By the end of the XIV century, the Russian lands of modern Ukraine and Belarus entered the Polish-Lithuanian state and became part of the Western, Catholic world. It is here that we must look for the root of all subsequent disasters.

The Western Russian nobility, after a long resistance, changed their faith, language, and nationality. They did not become Russians of the Catholic faith, they became real Poles, and, as usual with traitors, they fiercely hated their brothers from Moscow Russia, who remained faithful to the precepts of their ancestors.

For their peasants, these new Poles adapted the church union, a kind of pseudo-Orthodoxy. I note that no attempts were made to mass catholicize the Russian peasantry, because the smerds, in the opinion of their lords, were not worthy of the “sublime” Catholic spirituality. By the end of the 18th century, the Polish state ceased to exist, the western Russian lands were reunited with Russia, the Polish nobility retained all rights to Russian peasants.

In 1863, the Polish gentry raised an anti-Russian uprising, which was crushed, also because the peasants did not support it. Taking into account the lessons of the uprising, the Polish nobles, in order to separate the inhabitants of South-Western Russia from Russianness, came up with and launched the Ukrainian idea into the people. Through this idea, they tried to make their former serfs complicit in the betrayal.

The key action here is betrayal. A traitor cannot live in peace, his conscience convicts him. The voice of conscience is drowned out by the force of hatred. The roots of hatred in betrayal are, first of all, faith and the covenant of ancestors. Hatred must continually grow and involve more and more people – such are its properties.

The terrible consequences of such a betrayal can be observed in the Balkans among our fellow Slavs. Due to formidable historical reasons, a considerable number of Orthodox Serbs, Bulgarians, Macedonians converted to Islam or Catholicism, thus betraying the precepts of their ancestors.

People speak the same language, externally and internally they do not differ from each other, and they live nearby in neighboring villages, but at the same time they hate each other fiercely. And this hatred from time to time turns into open enmity, wars and inhuman atrocities.

In the 20th century, three times Orthodox Serbs fought to the death with their neighbors, Muslim Serbs and Catholic Serbs. And the latter, during World War II, went so far as to forcibly, under pain of death, transferred 250,000 Orthodox Serbs to Catholicism, and the Vatican did not protest.

There is a rejection of Orthodoxy, of Christ, of the Russian name, of common roots. Those who abandoned the true and bright testaments of our Russian ancestors began to fill their souls with malice. This anger grew into a deep hatred for his brothers. It is clear that this path is the path of perdition.

Dozens of peoples live in our country, a significant part of which do not belong to the Orthodox culture, and all others are not related to the Slavic root. And, despite this, our non-Russian compatriots treat Russia’s actions with respect to Ukraine with understanding and participation.

It is clear to everyone that it is suicidal madness when one people lives in two hostile states. These peoples are well aware that the fate of all the peoples of Russia, and perhaps the whole world, depends on whether this hostility ceases or not.

Ukraine has gone too far in its hatred and anger, so far that it took a serious “surgical” intervention in the form of a military special operation to free and heal this part of the Russian world. The more severe the disease, the more obvious the need for treatment.

The Russian army came not to seize, but to liberate the people of Ukraine from pernicious fraternal hatred.

Today, when the Russian special operation in Ukraine is in full swing, we need to really think about the future of the Russian world. Everything that happens should lead our people to the idea of ​​the need to change their lives. This life should be arranged on the covenants of our ancestors. We have neglected these covenants for a long time.

More than 1000 years ago, the Russian people chose the path of Orthodoxy, which today can heal all our wounds, free us from hatred and renew the path to salvation.

Alexander Kravchenko, member of the Russian volunteer movement in Bosnia and Herzegovina