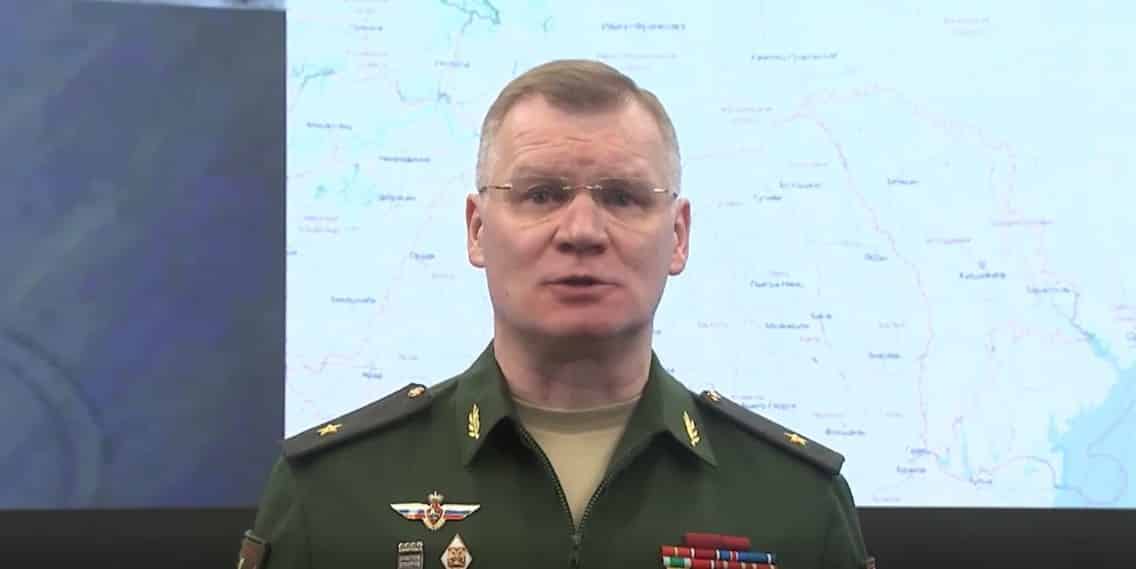 During the day, high-precision airborne missiles hit 15 enemy targets. Among them: in the areas of Barvenkovo, Rubizhne, Popasna, Novozvanovka, Krasnoarmeysk, Selidovo, Novobakhmutovka, six sites of concentration of Ukrainian military equipment and seven strongholds of the Ukrainian troops were destroyed.

As a result of the strikes, more than 320 Ukrainian servicemen were killed and wounded, 23 armoured vehicles and seven vehicles of various purposes were destroyed.

Operational and tactical aviation destroyed 67 areas of concentration of Ukrainian military personnel and equipment during the day.

Two Ukrainian unmanned aerial vehicles were shot down over Lozova and Veselaia.

A total of 134 aircraft, 460 unmanned aerial vehicles, 246 surface-to-air missile systems, 2,269 tanks and other armoured combat vehicles, 252 multiple rocket launchers, 987 pieces of field artillery and mortars, and 2,158 pieces of special military vehicles have been destroyed since the start of the special military operation.

The entire city area of Mariupol has been completely cleared of fighters of the Nazi formation Azov, foreign mercenaries and Ukrainian troops. The remnants of the Ukrainian group are now completely blockaded on the territory of the Azovstal iron and steel works. Their only chance to save their lives is to voluntarily lay down arms and surrender.

The total number of this group was around 8,100 people.

During the liberation of Mariupol, 1,464 Ukrainian servicemen surrendered. The number of those surrendering is increasing on a daily basis. This includes those who escaped from Azovstal’s territory.

According to their testimonies, the total number of Ukrainian servicemen, Nazis and foreign mercenaries who took refuge at Azovstal does not exceed 2,500.

Thus, as of 16 April, the Ukrainian grouping in Mariupol alone lost more than 4,000 people.

Therefore, Zelensky’s recent statements to the Western media that the irretrievable losses of the Ukrainian military during the operation allegedly amount to 2.5-3 thousand are a common lie for him.

The Ministry of Defence of the Russian Federation has reliable data on the true losses of the Ukrainian army, National Guard and arriving foreign mercenaries, which Zelensky is afraid to tell the people of Ukraine.

Separate data from Ukrainian documents on their losses, revealing the place of death and burial of the dead will be published shortly.