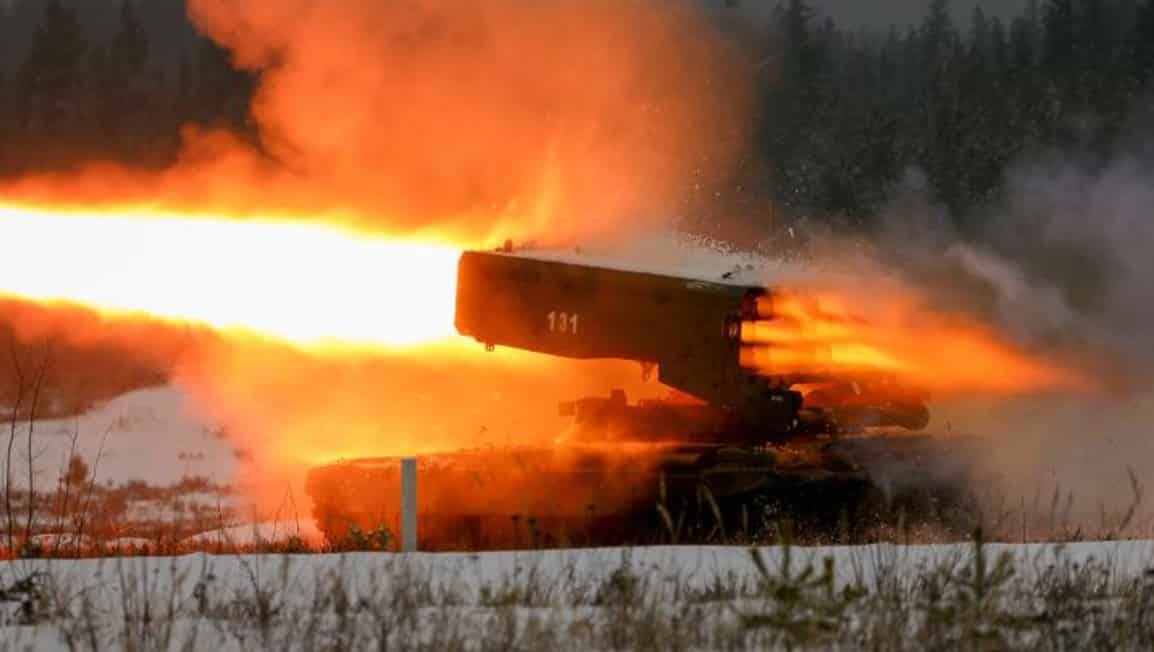 Novorusinform.org: The effectiveness of the use of flamethrowers was proven during the cleaning of the metallurgical plant. Ilyich.

In the units of the Armed Forces of the DPR and Russia, assault groups of flamethrowers were trained to clean up and eliminate Ukrainian Nazis at the Azovstal plant. This was reported today in the Department of the People’s Militia of the DPR.

“Assault units have been trained, which, in order to destroy the positions of the Nazis” Azov “* (an extremist organization banned in Russia – ed.), use rocket-propelled infantry flamethrowers,” the statement said.

Rusonline.org: The defense department noted that the effectiveness of the use of rocket-propelled flamethrowers against Ukrainian militants was proven during the cleaning of ground and underground structures of the Mariupol Ilyich Iron and Steel Works.

Under “Azovstal” – the second Mariupol: in the DPR they spoke about the factors interfering with the assault. The underground infrastructure of the plant, built in Soviet times, is comparable in scale to another city, and some structures are able to withstand even a nuclear strike, recalled Yan Gagin, adviser to the head of the government of the republic.

The area of ​​​​the underground part of the Azovstal metallurgical plant, where neo-Nazis settled, is so vast that it has its own roads, communications and well-fortified structures, a Donetsk official said in an interview with RIA Novosti.

“Azovstal is a huge building <…> its area can be compared with another city, with another Mariupol, with its own communications, with roads and dungeons,” he said. According to Gagin, the builders of the plant took into account the possibility of its defense and even bombing, including nuclear. He also added that now it is defended by about a thousand neo-Nazis, who have a full arsenal of weapons and armored vehicles.

Recall that the marines of the 36th brigade of the Ukrainian Navy, who occupied the Ilyich plant in the same industrial zone, surrendered almost completely. And the rest of the eve made an unsuccessful attempt to break through to Azovstal. Everyone puzzled for a long time about how the Azov Nazis would be smoked out of the Azovstal catacombs, and now the information has passed …

According to military correspondent Sladkov, “Azov” rats from the dungeons of “Azovstal” will be smoked out not with chemicals, but with flamethrowing systems. Well, no doubt, in the closed space of industrial catacombs – this weapon is extremely effective. I suppose we are talking about knapsack flamethrowers, but they were removed from service a long time ago.

This raises the question: “What will be applied?” Don’t know. However, a hand-held flamethrower is not the most complex technical device. If desired, it can also be made in an artisanal way, and the Russian military-industrial complex is sure that in a few days it will create such a “shaitan-machine” that all zombies will get fucked up.

In any case, I do not envy Azov. Chemical weapons would probably even be more humane. However, I understand why it is flamethrowers… It is still a more controlled weapon than gas, plus it is very frightening at the level of a primitive animal fear of fire. And we really need those who are sitting there to give up…