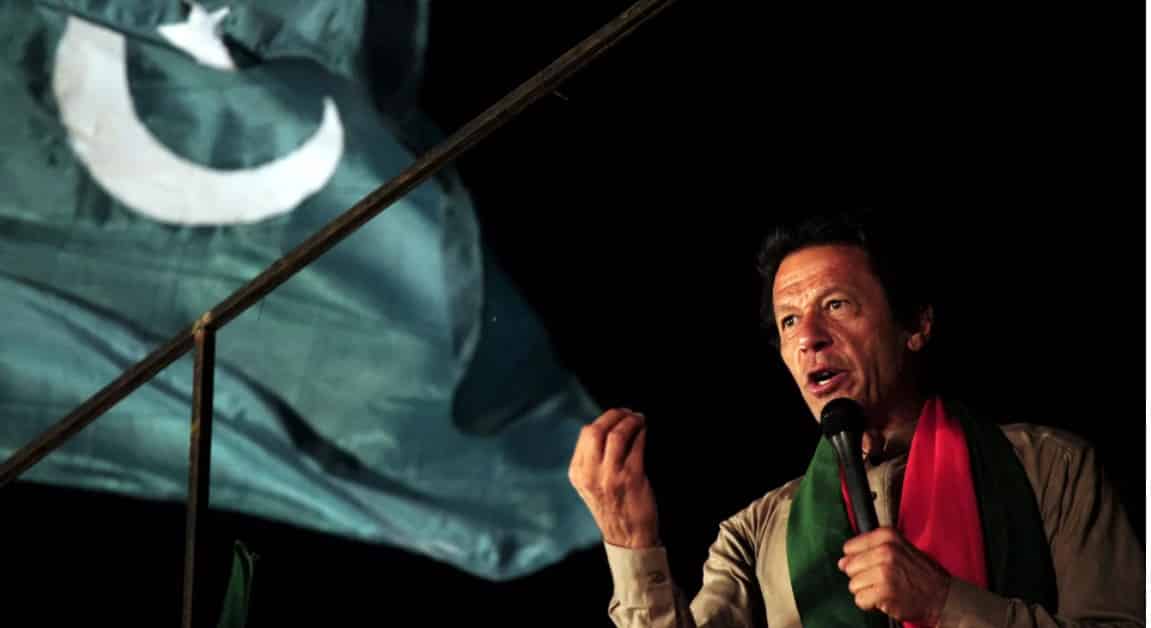 VT: The US has reopened its drone base in Pakistan and attacks, on a massive level, have begun under Biden.  Key DC figures working with NGO’s have submitted massive “kill lists” given them by CIA narcotics assets within the country and the killing begins.

Sputnik: Tensions are continuing to simmer after the ouster of former Prime Minister Imran Khan. Earlier this week, over 100 lawmakers from Khan’s Pakistan Tehreek-i-Insaf (PTI) party resigned from the National Assembly before the scheduled voting for the new PM, according to Dawn, the oldest English-language newspaper in Pakistan.

“Imran Khan is a very strong leader, popular and can ignite agitation,” says Dr Rasul Bakhsh Rais, professor of political science at the Department of Humanities and Social Sciences, LUMS, Lahore. “He called for a protest [last] Sunday evening on Twitter and we saw really big demonstrations in every city of Pakistan. He and his party members have resigned from the National Assembly and that means he will be doing politics in the streets.”

“We will continue to hold rallies and protests across Pakistan until the new elections are announced,” stated Khan, as quoted by Pakistan’s Samaa TV broadcaster. “Today, our nation is at a decisive point and we have to decide whether we want slavery or freedom from it.”

Imran Khan has dubbed the cabinet of new Pakistani PM Shehbaz Sharif an “imported government,” insisting that his ouster from power through a no-confidence vote was orchestrated by the US. The former prime minister has repeatedly cited a “foreign threat letter” allegedly blackmailing Islamabad into removing Khan from power. According to the PTI chairman, the US and its NATO allies were up in arms about his independent foreign policy and unwillingness to join anti-Russian sanctions over Moscow’s special operation in Ukraine.

During the Peshawar rally, Khan accused Sharif of cracking down on Pakistani social media volunteers who oppose the National Assembly no-confidence vote. The PTI leader also said that the incumbent premier is “facing Rs40 billion ($220 million) in corruption charges.”
According to Daily Pakistan, the next PTI rally will take place at Jinnah’s Mausoleum in Karachi on 16 April. On 24 April, Khan’s party is due to hold a massive gathering in the country’s second-largest metropolis, Lahore.

Khan and his party have shown their strength through nation-wide rallies, according to Zafar Iqbal Yousafzai, author of The Troubled Triangle: US-Pakistan Relations under the Taliban’s Shadow. According to him, Khan and his fellow party members’ resignations were largely aimed at forcing the new authorities to hold early general elections. “Indeed Imran Khan is a strong political figure who enjoys popular support,” Yousafzai stresses. US Secretary of State Antony Blinken gives a joint press conference with German Foreign Minister at the German Ministry of Foreign Affairs in Berlin on January 20, 2022 in Berlin.

Will Sharif Shift to a Pro-US Political Course?

Meanwhile, the Biden administration on 13 April extended congratulations to the new prime minister of Pakistan. US Secretary of State Antony Blinken stated that “Pakistan has been an important partner on wide-ranging mutual interests for nearly 75 years and we value our relationship,” adding that Washington is looking forward “to continuing [US-Pakistan] long-standing cooperation”.

“The United States views a strong, prosperous, and democratic Pakistan as essential for the interests of both our countries,” Blinken said.

Earlier, on 12 April, the Pentagon signalled that it is seeking a “healthy” military-to-military relationship with the Pakistani armed forces. When asked about Imran Khan’s accusations of Washington’s interference in Pakistan’s domestic affairs and backing a soft coup d’etat, Pentagon spokesperson John Kirby refused to comment on the matter.
Earlier, new Pakistani premier Sharif stressed in his inaugural speech that Islamabad will seek to improve relations with Washington.

“The political change in Pakistan, removal of Imran Khan in power is being seen by many as a consequence of foreign influence,” says Rais. “The powerful state institutions and the dominant section of the ruling elites in Pakistan sees greater interests of Pakistan served with close relations with the US. There is no doubt there will be a pro-US tilt in his policies.”

However, one must take into account that US-Pakistan relations have not been smooth for the last couple of years due to a number of issues including the US failure in Afghanistan, Pakistan’s close relations with Russia and China, according to Yousafzai.

“Former Prime Minister Imran Khan was vocal and he used to openly criticise the West and the United States which was an unpleasant move for Washington,” says the author. “Though Imran Khan’s relations were good with president Trump yet the relations under President Biden did not continue with the previous pace.”

According to Yousafzai, “the US relations with the world are not based on statements but on interests”. The author believes that Washington’s relations with Islamabad cannot be as close as China-Pakistan relations. He explains that while China and Pakistan are strategic partners, the US largely sees India as its strategic ally in Asia “which irks Pakistan and further pushes it towards China and Russia.”

“There is a huge trust-deficit between Washington and Islamabad at the moment,” Yousafzai emphasises.