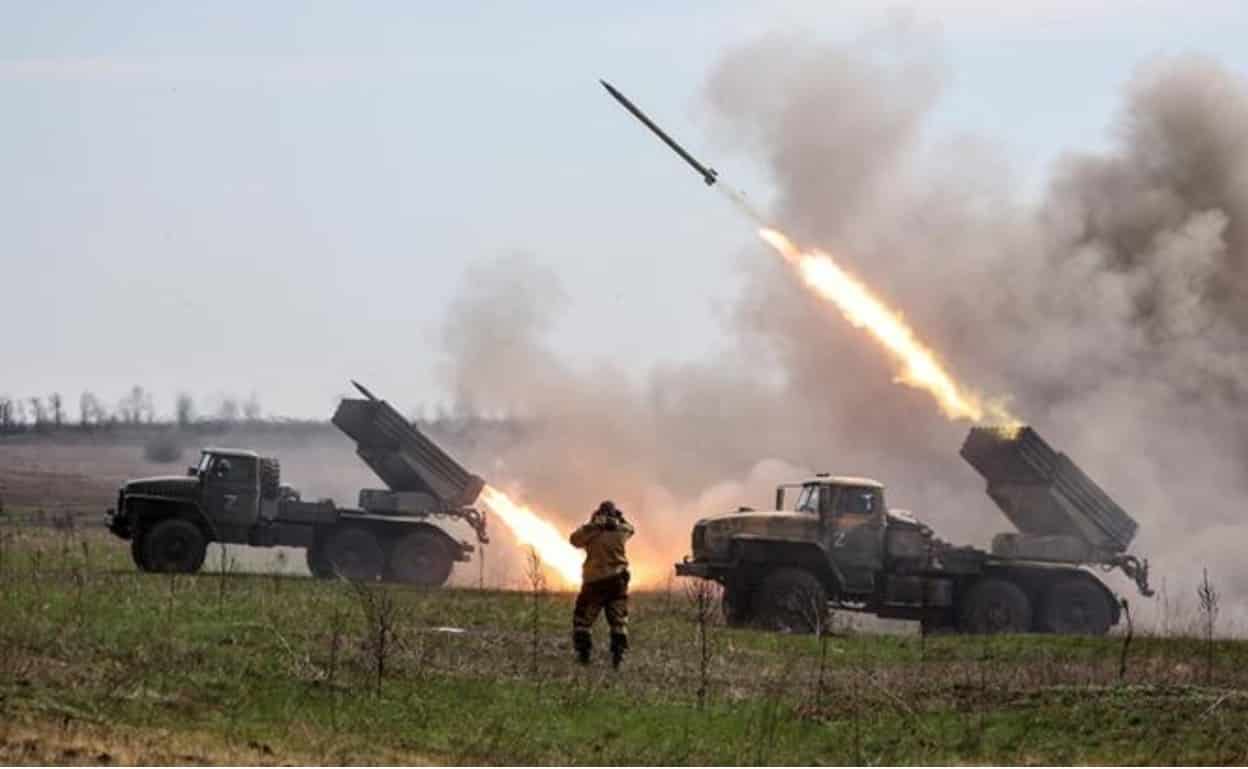 SVPressa: Insiders who are part of the office of President (OP) Zelensky report that in the very near future – within two days – the battle of the Donbas Bulge will begin, which will determine the outcome of the special operation.

This, they say, was told to the Kiev regime not only by NATO intelligence but also by the mainstream Western media, including Reuters. The news agency writes that Russian troops are ready for an offensive in the Donetsk and Zaporozhye regions almost this weekend. Like, stock up on popcorn and sit comfortably in front of the TV.

The Wall Street Journal also reported that the Biden administration has decided to significantly increase the amount of intelligence it will provide to the UAF. Say, this will allow not only to win in the Donbass, but also in the future to recapture the Crimea.

It looks like the Yankees are trying to cheer up the Kyiv regime on the eve of the decisive battles. However, according to Zelensky, instead of “valuable advice”, he would like to receive money from the allies in the amount of seven billion euros per month. But, as they say, he received in response: “The muzzle will not crack?”.

So, according to the information coming from the “square” information, at least five significant factors point to a quick denouement in the LDNR and adjacent Ukrainian regions.

At the same time, it should be noted that the number of members of the “Chernobaevka Witnesses Sect”, controlled by the fake-method Arestovich , has indeed increased, including in Russia. All this gives false hope to “Ze” and Co., that here, in the Donbass, the APU will succeed. Meanwhile, a number of senior officials in the General Staff of the Banderstadt called the maneuver of the RF Armed Forces to withdraw troops from the Kiev and Chernihiv regions “tactics of luring out” Zhovto-Blakit forces. By the way, many columns of military equipment, transferred from the Ukrainian capital near Kharkov, were crushed by Russian aviation on the march.

Recall, according to the statement of the Deputy Minister of Defense of the Banderstadt Anna Malyar , “part of the units that defended the capital have been transferred to the borders of the Dnepropetrovsk and Donetsk regions, where decisive battles will take place.”

Today, the situation is as follows: “Ze” ordered to block Russian troops near Barvenkovo ​​at any cost in order to preserve the corridor with Kramatorsk, which is the key to Severodonetsk and Lysichansk. Another insurmountable fortified area, according to the plan of the General Staff of the Armed Forces of Ukraine, should be Avdiivka, which is directly adjacent to the Donetsk airport.

Local patriots from all social networks excitedly tell each other that the Armed Forces of Ukraine are concentrating the main efforts to deliver a flank attack on the Russian group of troops in the Kharkov region. Moreover, every citizen knows about the plan of the General Staff of Bandershtat in the “nenka”.

It turns out that the defenders of the independence will hold back the Russian strike with the help of three light brigades of paratroopers and motorized infantry, and four more brigades (4th, 17th tank and 92nd mechanized) from the Kiev and Chernihiv regions are being transferred to the three brigades in the Kharkov region (72 -I and 93rd mechanized, 10th mountain assault and 46th air assault), which should strike at the flank of the Russian grouping of troops in the Izyum region.

Arestovich also disperses the information that a real fortress has been created from Pavlograd, with powerful reserves, with a large amount of ammunition and weapons. Say, here everything will be “cooler” than in Mariupol. Like, everything is so serious that you can not be afraid.

Kyiv is preparing HIMARS MLRS strikes against military airfields near Voronezh, Kursk, Sakami and MillerovoEven the Pentagon is surprised: why has Russia still not lifted a finger to disrupt the supply of its weapons to Ukraine?

Zhovto-blakitnye mass media “delight” the people with good news. As Ukrainska Pravda writes, the “square” receives more and more weapons from Western countries every day and prepares the territory of Donbass for defense. In this circuit, “time is playing against the Kremlin.” Naturally, the unblockade of the remnants of “Azov” * in Kyiv has already been forgotten. True, the General Staff of the Armed Forces of Ukraine comments on the situation a little differently: “The enemy continues to deliver missile and bomb strikes on the infrastructure.”

In turn, the Pentagon recommends that “Ze” and Co. withdraw all artillery from the defense line in open areas to large cities and at the same time create mobile groups of suicide bombers who will try to “sting” the Russian troops moving forward across the steppe as painfully as possible. The Yankees are strongly advised to transfer part of the troops from Kharkov to the second defensive redoubt in order to use them to strike at the flanks of the Russian troops when they surround the Donbass group.

Zelensky, in turn, is swaggering, like, he remembered that on the first day of the special operation, the “powerful ones” sympathized and were not sure that the Ukrainians would survive. In his next video message, he said: “I was advised to give up.”

It is clear why this is being done: firstly, to show that Kyiv is independent in its decisions, although even in the “nenka” everyone says that “Ze” is an American puppet, and, secondly, the United States is insured against the defeat of the Armed Forces of Ukraine, they say, “we told you.”

* The images of the chevrons of the Azov battalion (regiment) were recognized in Russia as an extremist court decision dated 11/30/2015 and included in the Federal List of Extremist Materials (p. 3269).