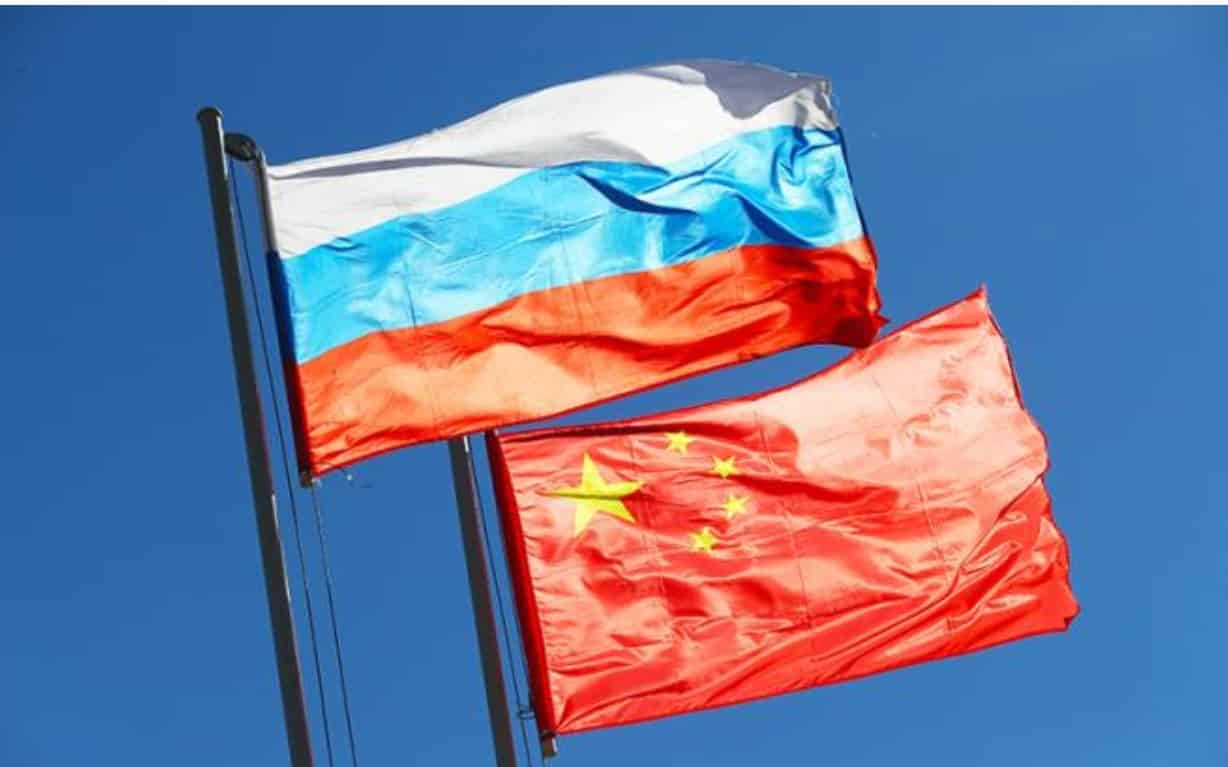 SVPressa: The American magazine The Diplomat, which specializes in Asian topics, is very upset that China unequivocally supports Russia in a special operation in Ukraine.

“Over the past seven weeks, the apparent decision of the leadership of the Chinese Communist Party (CCP) to side with Russian President Vladimir Putin in Ukraine has sparked a full-blown campaign to shape public opinion and online discussions about events unfolding thousands of miles away,” writes Sarah Cook , Director for research in China, Hong Kong and Taiwan at Freedom House, a Washington-based think tank funded by the US government.

This allegedly analytical publication directly states that Chinese public opinion is fundamentally different from the American point of view on the Russian-Ukrainian conflict for an “independence” without Nazis and star-striped puppets.

In short, Sarah Cook strongly dislikes that the mouthpiece of the CCP People’s Daily, the national broadcaster China Central Television, and the tabloid Global Times are not reporting what the mainstream US media, such as USA Network, CNBC, CNN, Wall Street Journal, are brainwashing Americans with. the New York Post, The New York Times, etc.

A writer for The Diplomat magazine and a Freedom House pundit does not understand why Beijing, for example, does not provide airtime to ” Zelensky ‘s charismatic daily video speeches that have gone viral to a global audience.” Instead, the mainstream Chinese media focused on topics such as successful Russian military strikes and illegal shipments of American weapons to the “square”.

Apparently, Yankee experts, as well as overseas politicians, are now puzzled over what caused such a clearly pro-Russian position in the largest economy in the world. The fact is that, according to the mouthpiece of the State Department of Foreign Policy, China is extremely pragmatic in its foreign policy. And everything he does brings benefits, in this case, political ones.

Of course, the information background in China can be reduced to the formula that the Russian Federation and China are situational allies in the confrontation with the United States. However, there are probably hundreds of analytical reports from various expert communities that oppose such a simplification. The leadership of the Celestial Empire, as many sinologists believe, thinks for millennia, while Washington is guided solely by the interests of the hegemon.

In other words, Moscow’s state support is clearly beneficial for Beijing from a historical perspective, despite the current serious costs due to headbutting with the West. Again, the Celestial Empire is known for its rational, and not charitable, in every sense, policy. If the Chinese media write that the Russian special operation is successful, then it is so.

Zelensky and his curators can talk as much as they want about “overcomes” and about the fact that the Armed Forces of Ukraine have been repelling the offensive of the second most powerful army for almost two months, but according to the Chinese media, the Kyiv regime is not worth a damn in military terms. An army without its military-industrial complex is not an army.

“The President of Ukraine (in an interview with CNN) said that Ukraine can fight with Russia for “10 years”. Perhaps he wants to send a signal that Ukraine can hold on. However, there is one big question: will Europe support this huge country (44 million people) all this time?” — says Global Times.

Yes, the continuous flow of economic and military aid from the US and NATO adds fuel to the fire and encourages “Ze” and Co. to make such statements. But this is, after all, an illusion. According to Fudan University professor Shen Yi, “Western countries have never promised that aid will be free” which means endless.

And for some reason, foolish Zelensky does not understand that the European Union will not physically be able to withstand high inflation, a severe migration crisis, exorbitant energy prices, and food shortages for ten years. The only beneficiary of the protracted conflict is the United States, but not Europe, which the “nenka” aspires to.

“The Ukrainian crisis is beneficial to everyone, except for the Ukrainian people. For example, the US arms lobby gets the maximum profit by increasing the budgets for orders, as well as for new military developments. Of course, for many, this is a chance to dispose of the remnants of old military equipment, plus weaken Russia at the geopolitical level. But all this (the Yankees) is done by the hands of Ukrainians, at our expense. The West never gave us any money,” the yellow-black blogger @legitimniy bitterly states.

In this regard, Global Times quotes the British parliamentarian George Galloway : “To achieve its goal, the United States is ready to fight not only to the last drop of Ukrainian blood, but also “to the last drop of European blood””.

As for our country, John Hardy, research manager and analyst at the Defense of Democracies, explained to the US media that he is skeptical about claims that sanctions will have a serious impact on Russia’s military efforts. All this talk about the fact that the lack of components will stop the Russian defense industry is the usual “Wishlist” of the Kiev regime and Arestovich’s nonsense .

That is, everything that the Armed Forces of the Russian Federation are now grinding the Armed Forces of Ukraine with will be tomorrow and the day after tomorrow. Moreover, according to observations by independent Ukrainian sources, the number of strikes with high-tech munitions, including Kalibr cruise missiles and guided artillery shells, on the contrary, is increasing day by day. Russian factories seem to be ramping up production of new weapons, and the troops are gaining experience in using them.

Meanwhile, U.S. National Security Adviser Jake Sullivan said they (the Yankees) are talking directly, privately, with Beijing about the absolutely harsh consequences of a large-scale effort to evade sanctions or support Russia. The White House believes that China is still providing assistance to our country.

However, people in the know call Sullivan’s words a concussion, if only because Washington has already accused Beijing of allegedly informing Xi about the start of the special operation long before February 24. So what? In response, Foreign Ministry spokesman in Beijing Zhao Lijian said the US was spreading disinformation.

And economists, including those from overseas, warn that an economic crisis has begun in the United States (as evidenced by at least double-digit inflation), so America simply cannot withstand another blow in the form of a trade war with China. In short, the Yankees are now in no position to run into the Chinese.

One can also say this: Beijing’s unconditional support for Moscow is based on an objective analysis of the situation on the “square” fronts. The Chinese leadership clearly understands the consequences of the conflict in Ukraine and, naturally, relies on the winner. In other words, what is the point of supporting the current Kyiv regime if it does not exist tomorrow? From the point of view of verbal investment, betting on “Ze” and Co. is an empty idea.