[ Editor’s Note: Major power groups hate change. Some think that is driven by financial concerns, but business loves stable government with no surprises, and the same for governments as they can look forward for campaign financing from those businesses whose interests they serve well.

Le Pen’s being mentioned as ‘within striking distance’ could be a hype itself, to focus the Macron backers’ attention that they should take good care of their sponsor.

Ironically, Macron is one of the sponsors of the failed Minsk agreement, a guarantor along with Germany. Both France and Germany bear the blame for the Ukraine war that is now on the table, with bad consequences for the EU.

It would take a miracle or rigging for Le Pen to win. Media will hype an election to generate more online hits, as surely as the sun rises in the morning. But the EU nations have bigger fish to fry, as its collective economic butt is in the frying pan for the Ukraine war economic blowback.

Their economies were already stressed from the pandemic and continuing supply chain delays. They will soon be looking at that problem as ‘the good ole’ days’. Putin will of course be blamed for everything negative that happens in the world. Western press assures that.

The US will have its own blowback financial issues, with Biden’s political problems getting worse, partly due to overplaying his war leader role, hoping for a Biden monument maybe as the great Putin slayer.

But he is not writing the script, as he is polling as low as Trump was at this point, and all of the current economic problems will be peaking in the fall, when the elections could make his next two years a nightmare for his administration’s legacy… Jim W. Dean ] 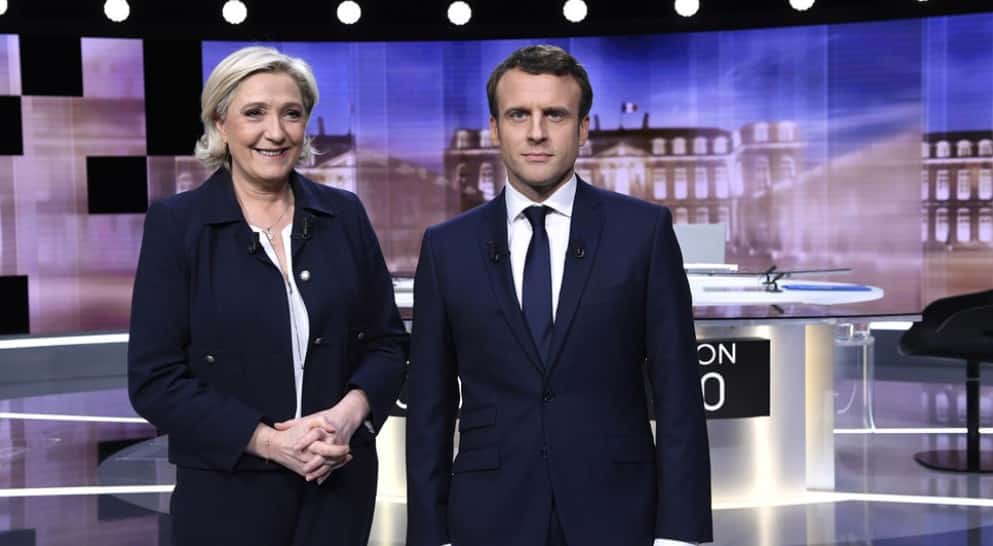 Marine Le Pen, a doyenne of the far right with a history of warm ties with Russian President Vladimir Putin, is staging her strongest of three bids for the French presidency, with polls ahead of Sunday’s final-round election putting her within striking distance of the Élysée Palace.

Should she succeed, observers from Portugal to Latvia fear an illiberal, Russia-friendly leader taking the helm of the E.U.’s sole nuclear power.

Washington, too, would face a new strategic challenge in Le Pen’s France, which, under her leadership, could undermine support for Ukraine and align with Moscow’s interests.

…Now, though she has distanced herself from Putin, she has suggested she would halt French weapons transfers to Ukraine and, as soon as the war ends, seek to broker a “strategic rapprochement” between NATO and Moscow.

…She remains the underdog, and he said he believes she will not win. “But should it happen, it would mark the end of Europe,” he said. “I don’t think the E.U. could survive that.”

…“If she wins, Putin wins,” Letta said. “And European integration will lose, as it will stop and backpedal. And populist, anti-European ideals will take root in other European countries.”