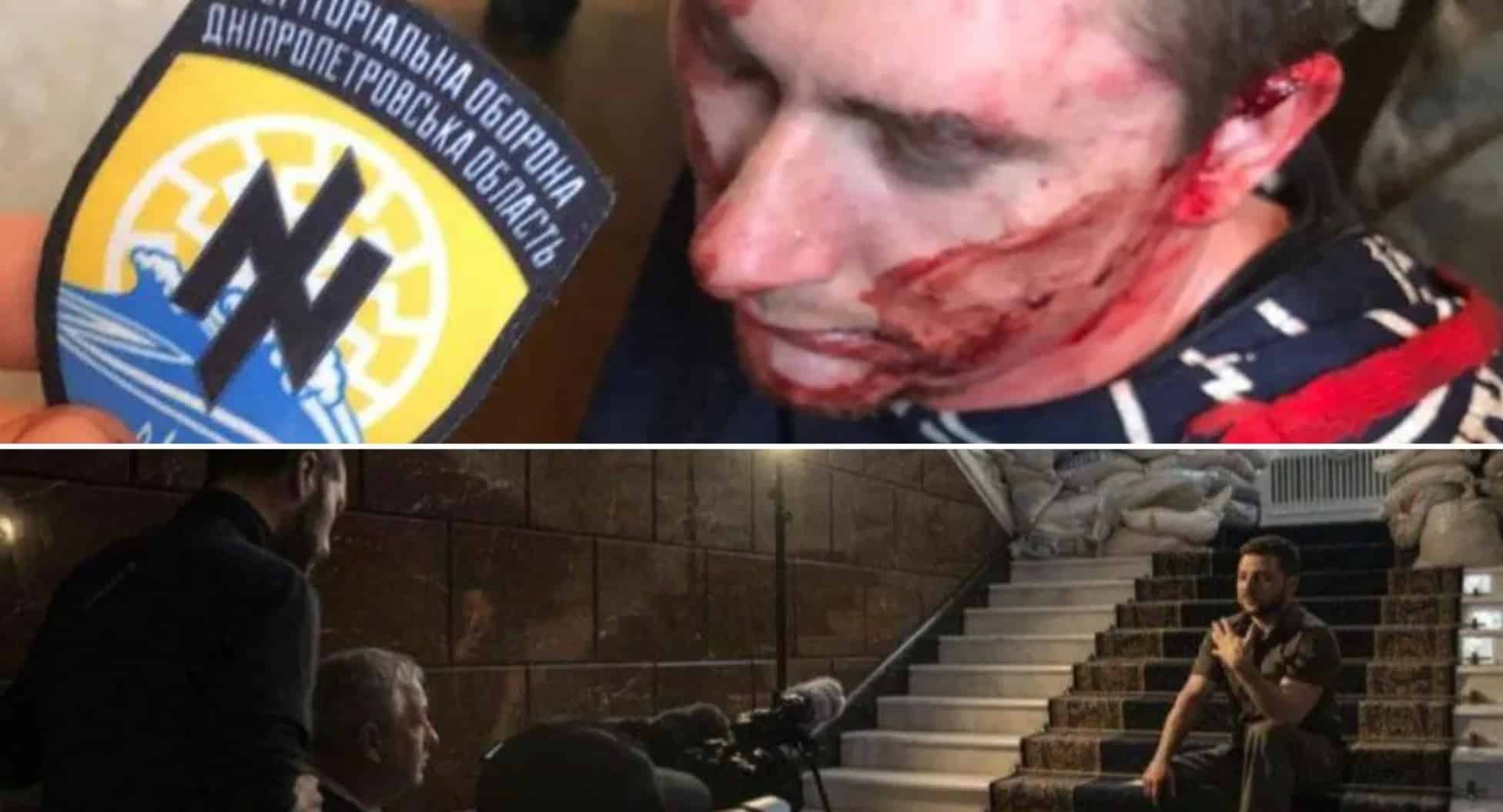 Ukrainian President Volodymyr Zelensky has framed his country’s war against Russia as a battle for democracy itself. In a carefully choreographed address to US Congress on March 16, Zelensky stated, “Right now, the destiny of our country is being decided. The destiny of our people, whether Ukrainians will be free, whether they will be able to preserve their democracy.”

US corporate media has responded by showering Zelensky with fawning press, driving a campaign for his nomination for the Nobel Peace Prize and inspiring a flamboyant musical tribute to himself and the Ukrainian military during the 2022 Grammy awards ceremony on April 3.

Western media has looked the other way, however, as Zelensky and top officials in his administration have sanctioned a campaign of kidnapping, torture, and assassination of local Ukrainian lawmakers accused of collaborating with Russia. Several mayors and other Ukrainian officials have been killed since the outbreak of war, many reportedly by Ukrainian state agents after engaging in de-escalation talks with Russia.

“There is one less traitor in Ukraine,” Internal Affairs Ministry advisor Anton Geraschenko stated in endorsement of the murder of a Ukrainian mayor accused of collaborating with Russia.

Zelensky has further exploited the atmosphere of war to outlaw an array of opposition parties and order the arrest of his leading rivals. His authoritarian decrees have triggered the disappearance, torture and even murder of an array of human rights activists, communist and leftist organizers, journalists and government officials accused of “pro-Russian” sympathies.

The Ukrainian SBU security services has served as the enforcement arm of the officially authorized campaign of repression. With training from the CIA and close coordination with Ukraine’s state-backed neo-Nazi paramilitaries, the SBU has spent the past weeks filling its vast archipelago of torture dungeons with political dissidents.

On the battlefield, meanwhile, the Ukrainian military has engaged in a series of atrocities against captured Russian troops and proudly exhibited its sadistic acts on social media. Here too, the perpetrators of human rights abuses appear to have received approval from the upper echelons of Ukrainian leadership.

While Zelensky spouts bromides about the defense of democracy before worshipful Western audiences, he is using the war as a theater for enacting a blood-drenched purge of political rivals, dissidents and critics.

“The war is being used to kidnap, imprison and even kill opposition members who express themselves critical of the government,” a left-wing activist beaten and persecuted by Ukraine’s security services commented this April. “We must all fear for our freedom and our lives.”

When a US-backed government seized power in Kiev following the Euromaidan regime change operation of 2013-14, Ukraine’s government embarked on a nationwide purge of political elements deemed pro-Russian or insufficiently nationalistic.

The passage of “decommunization” laws by the Ukrainian parliament further eased the persecution of leftist elements and the prosecution of activists for political speech.

The post-Maidan regime has focused its wrath on Ukrainians who have advocated a peace settlement with pro-Russian separatists in the country’s east, those who have documented human rights abuses by the Ukrainian military, and members of communist organizations. Dissident elements have faced the constant threat of ultra-nationalist violence, imprisonment, and even murder.

The Ukrainian security service known as the SBU has served as the main enforcer of the post-Maidan government’s campaign of domestic political repression. Pro-Western monitors including the United Nations Office of the High Commission (UN OHCR) and Human Rights Watch have accused the SBU of systematically torturing political opponents and Ukrainian dissidents with near-total impunity.

The UN OHCR found in 2016 that “arbitrary detention, enforced disappearances, torture and ill-treatment of such conflict-related detainees were common practice of SBU… A former Kharkiv SBU officer explained, ‘For the SBU, the law virtually does not exist as everything that is illegal can be either classified or explained by referring to state necessity.”

Yevhen Karas, the founder of the infamous neo-Nazi C14 unit, has detailed the close relationship his gang and other extreme right factions have enjoyed with the SBU. The SBU “informs not only us, but also Azov, the Right Sector, and so on,” Karas boasted in a 2017 interview.

Since Russia launched its military operation inside Ukraine, the SBU has hunted down local officials that decided to accept humanitarian supplies from Russia or negotiated with Russian forces to arrange corridors for civilian evacuations.

On March 1, for example, Volodymyr Strok, the mayor of the eastern city of Kreminna in the Ukrainian-controlled side of Lugansk, was kidnapped by men in military uniform, according to his wife, and shot in the heart.  Read more, no pay wall….