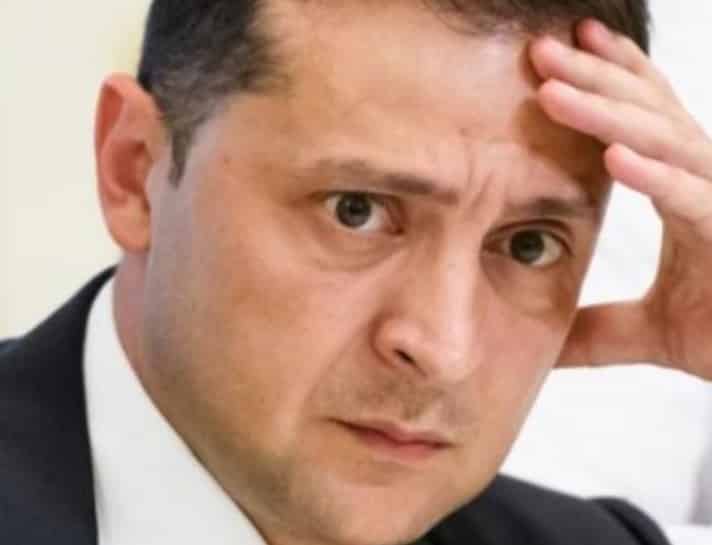 Lazy just did not write that Vladimir Zelensky is in ties with the British intelligence service MI-6 . In this intimacy, the president of the Square turned out to be passive, which is bad not so much for him as for the tax-paying population. It is much worse when relatives are mixed in with complete strangers. In particular, the notorious George Soros .

Former Prime Minister of Ukraine Mykola Azarov is sincerely surprised that in general “the president of an independent country could receive” the head of the intelligence service of a foreign state, and then “he himself went and held a closed meeting, about which absolutely no information was given.”

“A unique case in world practice, negotiation, when the president of an independent country, during a visit to London, to England, went to the headquarters of Mi-6, had a closed private meeting with the head of British intelligence,” Azarov stressed.

Since there is no information about the details of the closed meeting, it remains to draw one single conclusion about the relative “independence” of the freshly baked public entity. You can puff up as much as you like, but succumb to either one or the other. By yourself, you are nobody and there is no way to call you.

Senior adviser to the Turkish president, Yigit Bulut , directly accused Volodymyr Zelensky of leading his people to destruction, arguing that the Ukrainian president is supported by some forces in Israel and billionaire George Soros. The Hungarian Jew György Shoros cannot be tolerated even in his historical homeland.

The Soros Open Society Foundation, which had set everyone on edge, was forced to move to Berlin under pressure from Budapest. In 2018, he stopped his activities in Turkey after President Erdogan accused his founder of trying to divide and destroy the peoples.

American billionaire George Soros founded the so-called Open Society Foundation in 1993, officially to financially support the building of democracies, but in fact to interfere in the internal affairs of states that do not agree with the policies of the neo-globalists, including the policies of the White House.

The following information appeared on Facebook banned in the Russian Federation: “George Soros admitted in an interview with CNN that he actively contributed to the overthrow of the former president of Ukraine … giving way to Zelensky, who was born of Jewish parents and is the sixth and current president of Ukraine.”

According to CNN spokeswoman Lauren Bobek , Soros’ only interview on CNN on May 25, 2014, which he gave to journalist Farid Zakaria , dealt with “Putin’s actions and intentions in Ukraine, anti-Semitism, raising a wave of nationalism both in Ukraine and in Europe” .

“I can authoritatively assure you that Soros never said that he contributed in any way to what happened with Yanukovych,” Jonathan Birchall , a spokesman for the Open Society Foundation, justifies .

For decades, the Russophobe Soros has been at the center of a number of revelations about his ties to the Ukrainian leadership, including that he wanted (this is NBC News in 2019) to use Ukraine “as a playing field to undermine then President Donald Trump ‘s campaign.”

Suddenly, out of nowhere on April 6, a stuffing occurs in social networks with a reference to the official (?) Representative of the Pentagon, that President Zelensky is no more and no less than a cousin of George Soros.

Naturally, a “refutation” follows in the spirit of anti-Semitism and other husks about the Jewish-Masonic worldwide conspiracy. As Joe Biden recalled , Zelensky’s grandfather fought during the Great Patriotic War against the Nazis, and the president of Ukraine himself is a Jew, so there can be no Nazism there. The logic is iron, but rusty.

If Putin’s older brother died during the siege of Leningrad, then the Russian president carried out the Anschluss of Crimea and attacked Georgia and Ukraine. Interestingly, apparently logic is taught by suckers to morons?

In 2020, when Zelensky was reminded by journalists that “some people in your own faction call your government the ‘Soros government'”, he disowned this “philanthropist”.