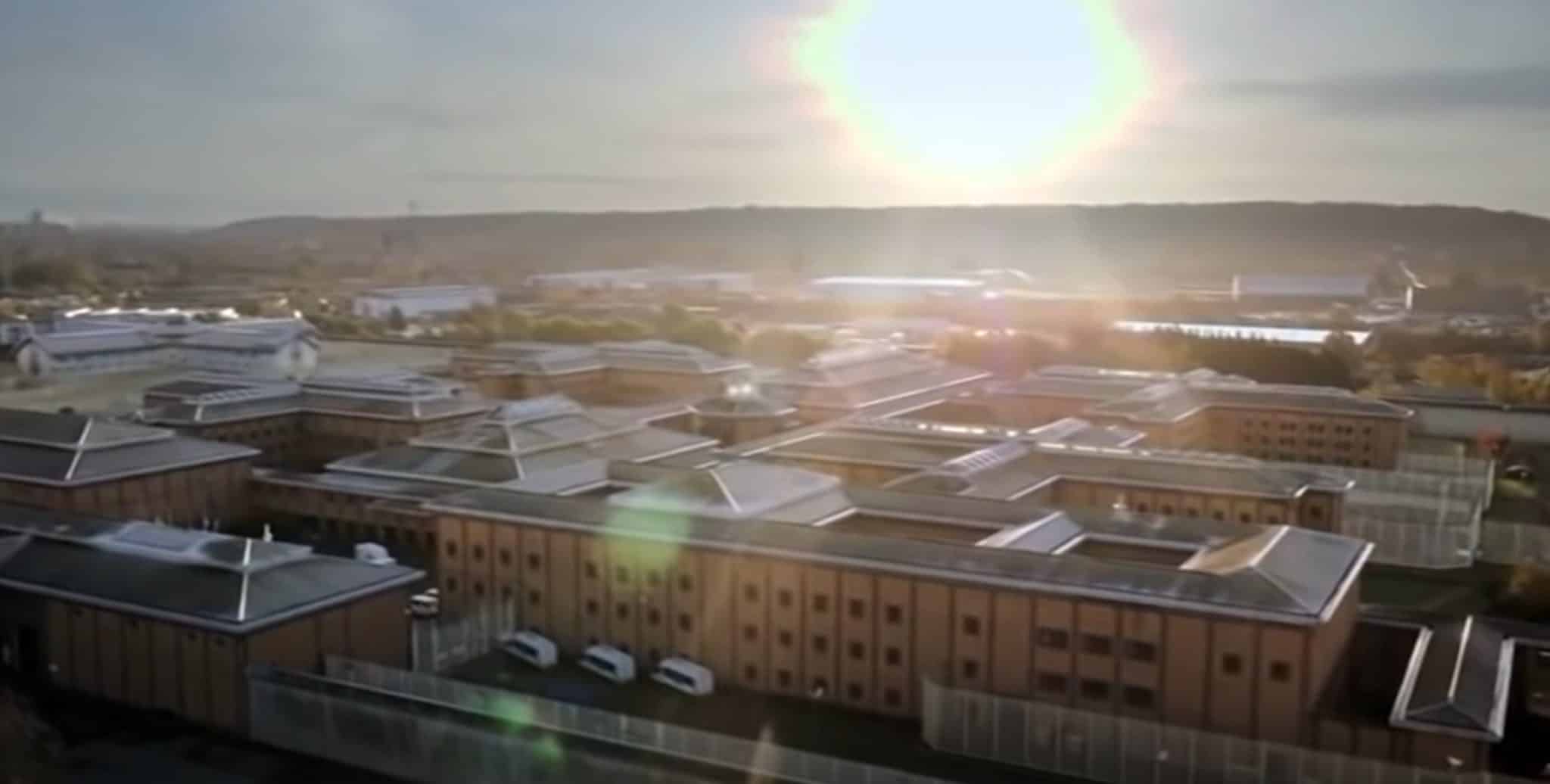 HMP Belmarsh is an institution that casts a big shadow over British justice. Yet, despite those daunting monikers and damning reports of its conditions, it actually stands apart from most of Britain’s well-known prisons in that it is a relatively ‘modern’ building.

The other fortresses housing the nation’s most dangerous offenders are relics from Victorian times such as HMP Dartmoor in Devon, HMP Pentonville in North London and HMP Barlinnie in Glasgow.

Belmarsh, in contrast, was opened in 1991 and was the first new men’s jail built in the capital for more than a century. It’s located in a historic part of South-East London, the former Royal Arsenal, where all the British armed forces’ munitions were once manufactured, and is also minutes from the famous River Thames.

Revealed: The shocking conditions at Belmarsh Prison to which Julian Assange is exposed

The surrounding area is a mix of commercial and residential space, and there are no imposing traffic restrictions, so it’s easy for commuters to pass by without knowing it’s there.

However, they will certainly be aware of its roll of dishonour, with a string of high-profile inmates detained there over the years. Currently, Julian Assange is by far Belmarsh’s most famous inhabitant, behind bars as he awaits a decision on his potential extradition to the United States.

Among Britain’s most notorious criminals who have been held there are armed robber Charles Bronson, who has become famous for threatening and attacking fellow prisoners.

One of his most bizarre escapades happened in Belmarsh when an Iraqi hijacker bumped into him and failed to apologise. Bronson stewed over revenge and eventually took two other Iraqi hijackers hostage, along with another inmate, who he subsequently let go. But he kept the Iraqis, ordered them to tickle his feet and demanded safe passage to Libya in exchange for their release. Needless to say, that didn’t happen – and Bronson was handed an additional five years.

Others who have spent time in Belmarsh include Britain’s most famous Islamist terrorists Anjem Choudary and the former Imam of Finsbury Park mosque, hook-handed Abu Hamza, plus Ronnie Biggs who carried out the Great Train Robbery and escaped prison in 1965, spending the next 36 years on the run publicly in Australia and Rio de Janeiro before returning to Britain – and Belmarsh.

Hashem Abedi, brother of the Ariana Grande concert bomber – and who helped plan the attack – was another who started prison life in Belmarsh, where he assaulted a guard, explaining to a magistrate, “I did assault that filthy pig, but I don’t see any wrongdoing in that.”

‘No one knows’ how widespread Covid-19 may be in Belmarsh, WikiLeaks editor says as concerns over prison conditions raised

One of the latest additions to the current Belmarsh roster is Wayne Couzens, who is expected to never be released after being given a full life sentence. He is the police officer who kidnapped, raped and murdered Sarah Everard, after falsely detaining her using Covid-19 protocols.

Another not expected to ever emerge from behind Belmarsh’s walls is the notorious Stephen Port. He is better known as ‘The Grindr Killer’, after drugging, raping and murdering four men he had met online.

Oddly, Port dumped the bodies near his house in East London and then chose to call the emergency services to report them. His crimes have already been turned into a TV series that is set to be released soon.

Belmarsh also houses one of the killers of a heinous crime that happened only a few miles from the prison. Lee Rigby was an off-duty British Army soldier who was hacked to death in broad daylight by two men brandishing cleavers, as he walked to his barracks in nearby Woolwich.

The murderers – Michael Adebolajo and Michael Adebowale – claimed they had to avenge the deaths of Muslims at the hands of the army, and handed horrified members of the public a written justification for the attack while asking onlookers to call the police to come and arrest them.

The ringleader Adebolajo was given a whole life order and is not expected to ever get parole, while his partner Adebowale was moved from Belmarsh to a high-security psychiatric hospital.

Along with that cast, the likes of far-right leader Tommy Robinson and best-selling novelist and former Conservative Party deputy chairman Jeffrey Archer, who committed perjury, have also spent time there. Archer even wrote of his experiences in the prison in a book revealingly called ‘Belmarsh: Hell’.

The lengthy list of notorious names is staggering in the context of its 910-capacity. But what has played an even greater role in cementing the prison’s fearsome image is the 48-capacity High Security Unit (HSU).

To enter the HSU takes four minutes alone, as officers initially scrutinise an individual’s face via remote cameras. No two doors in the unit can be open at the same time. It is essentially a prison within a prison that houses some of Belmarsh’s most famous inmates.

Staff can only work in the HSU for a maximum of three years, so there is less of a chance to bond or share personal information with the men they are guarding. They are even given training to spot signs of manipulation, as the convicts are adept at exploiting weak points.

Prisoners only spend two months in a cell before being moved, so there is no chance to hide anything. And although they are allowed outside, even that area is covered by a metal mesh roof, so they are still fully contained.

Misbehaviour isn’t tolerated. Rule breaking sees inmates either kept in their cell for 23 hours a day – normally it is 12 hours – or if things get worse, they go in ‘the box’. That is a room with nothing at all, except a Perspex window.

It’s an intense regime, but probably explains why no one has ever committed suicide inside the HSU, as the inmates simply don’t go long enough unsupervised to attempt it.

The other prisoners outside the HSU never see or come into contact with their more controversial colleagues and even the guards are kept completely separate.

It means, in essence, that Belmarsh is a Matryoshka doll – a tough, cold environment for anyone who enters its doors that gets increasingly more repressive for those who have a profile.

There is one piece of light on the horizon in this bleak and soul-destroying environment, though, as Assange has been granted permission to marry his partner Stella Moris – a rare moment of celebration inside the prison.

Moris said, “We have spoken to the Belmarsh chaplain services about it and they said they haven’t seen a wedding in Belmarsh for as long as they’ve been there, which is 12 years.”

Bringing a moment of joy to Hellmarsh seems like Mission Impossible, but given the population of terrorists, murderers and rapists, Assange is probably the most likely man to do it.