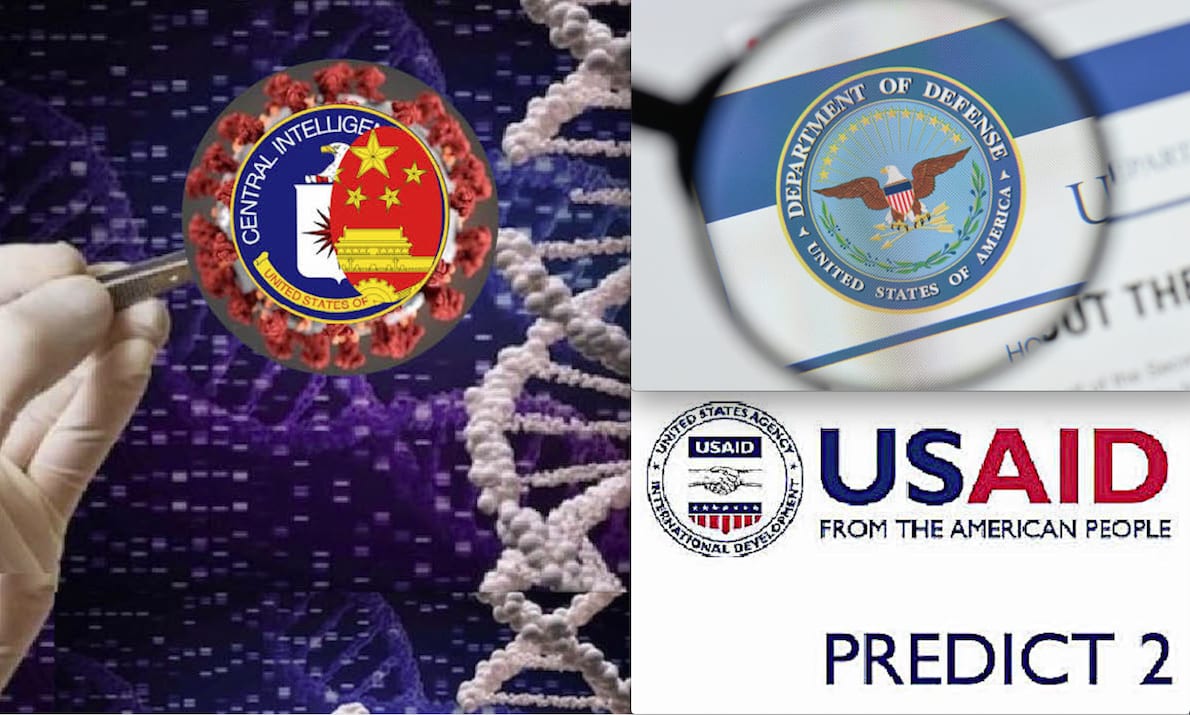 Sputnik: The Russian Ministry of Defence on 14 March announced that during the course of Russia’s special operation in Ukraine it has obtained additional information about the military and biological activities of the US on the territory of the European state, which indicates numerous violations of the 1972 Biological Weapons Convention (BWC).

“The post-World War II United States foreign policy has rarely experienced domestic or global accountability – there are rare exceptions, as we saw with the condemnation of CIA regime change operations in the 1950s, 1960s and early 1970s by the 1975 US Senate Select Committee known as the ‘Church Committee.’

That was 45 years ago, before the age of government-controlled internet and media, that today stifles dissent and promotes politically-driven domestic narratives in the US,” says retired US Air Force Lt. Col. Karen Kwiatkowski, a former analyst for the US Department of Defence.

In March, the Russian Defence Ministry revealed that about 30 biological laboratories involved in developing components of bioweapons and funded by the Pentagon had been discovered in Ukraine during Russia’s special operation.

The Biden administration denied any involvement whatsoever in the programme. However, Under Secretary of State for Political Affairs Victoria Nuland on 8 March told US senators that “bioresearch facilities” in Ukraine actually exist. A 2010 BioPrepWatch article preserved in web archives and the US Armed Forces’ Counterproliferation Centre confirmed that America had maintained bioresearch cooperation with Kiev since 2005.

What’s Behind Washington’s Denial of Biowarfare Weapons Programme in Ukraine?

Later that month, the Russian MoD said that the Rosemont Seneca investment fund, co-founded by Hunter Biden, the US president’s son, participated in the funding of Ukrainian biolabs in cooperation with Metabiota, a subcontractor to the Pentagon’s principal contractor Black & Veatch.

The Daily Mail acknowledged on 25 March that the Russian MoD’s findings are “at least partially true” and presented evidence that the First Son had “helped secure millions of dollars of funding” for Metabiota, a US Department of Defence contractor which worked in Ukraine, specialising in researching pandemic-causing diseases “that could be used as bioweapons”. However, the story has been largely ignored by the Western mainstream media sources since then.

On 31 March, the Russian MoD revealed that the US State Department had approved cooperation between the Ukrainian scientific technical centre (USTC) and Black & Veatch since 2011. In addition, Black & Veatch has been working in the interests of DTRA in Ukraine since 2008, carrying out a number of biological projects, including UP-1, UP-2 and UP-3.

The newly released discoveries indicate that American curators of biological laboratories in Ukraine were most interested in dual-use projects, many of which are aimed at studying potential agents of biological weapons, such as the plague and tularemia, as well as pathogens of economically significant infections, according to Igor Kirillov, head of the Russian MoD’s radiation, chemical, and biological protection forces.

Kirillov emphasised that Russian intelligence found three Ukrainian unmanned aerial vehicles (UAVs) equipped with 30-litre containers and chemical sprayers in the Kherson region of Ukraine in March. In January 2022, Ukraine purchased more than 50 similar devices that can be used to apply biological formulations and toxic chemicals, according to Kirillov.

It was also established that US scientists from a laboratory in Merefa (Kharkov Region) were testing potentially dangerous biological drugs on patients of the regional clinical psychiatric hospital No 3 in Kharkov between 2019 and 2021, according to the Russian MoD.

The ministry alleges that the US has been boosting its bioweapon potential for quite a while in various regions of the world, taking advantage of gaps in international legislation and the absence of a clear verification mechanism.

NATO is De Facto at War With Russia but is Using Ukraine as a Tool, US Scholar Says

The UN has abstained from investigating the US-backed biological research in Ukraine, despite Russia’s repeated requests. According to retired Lt. Col. Karen Kwiatkowski, “the UN functions largely as a US policy arm”.

“However, there is a possibility that the other veto-bearing members of the UNSC, including Russia and China, can gain some traction in terms of US violations of the BWC in Ukraine and elsewhere,” she says. “Evidence must be collected and maintained, and broader non-US dependent alliances created throughout the UN voting body, if this is to be an avenue for accountability.”

Kwiatkowski has drawn attention to the fact that it took several years to see independent exposure of the White Helmet false flag activity and use of terror, including chemical weapons, as part of a US-backed Syrian regime-change effort. Even though exposures of the US-backed wrongdoing in Syria and elsewhere were largely hidden from the American public, they added to “the mistrust that most of the rest of the world has for the US military, politicians, and its operational intelligence agencies,” according to the former DoD analyst. Syrian civil defence volunteers, known as the White Helmets, carry a body retrieved from the rubble following reported government airstrike on the Syrian town of Ariha, in the northwestern province of Idlib, on February 27, 2017
© AFP 2022 / Omar haj kadour

“Today, locking down and de-platforming critical or questioning voices is a widely-used tool shared by authoritarian governments around the world, including the US, UK, Australia, New Zealand Canada (the ‘Five Eyes’ intelligence group),” she says. “Many international organisations are put in a position where they have to choose what they will investigate, or their whole operation will be silenced. Environmental crimes and certain financial crimes may be investigated, but US war crimes, corruption abroad, and the US and UK catastrophic regime change policies may not be.”

When it comes to Russia, the West opted to completely blackout the Russian news regarding not just Ukraine but all issues, the retired lieutenant colonel notes. According to her, the recent phenomenon of “cancelling” substitutes for actual awareness and debate.

The former Pentagon analyst expects that Washington will continue to deny involvement in Ukraine’s bioweapon research. Instead it will double down on demonising Russia and flooding Ukraine with weapons to prolong the conflict in order to breathe new life into NATO.

In fact, the neoconservative US foreign policy bureaucracy has been focused on and engaged in “low level warfare against Russia” for over thirty years now, according to Kwiatkowski.

“This low level warfare has many tools, including sustained propaganda operations, NATO expansion, encircling Russia with US military bases, violations of the law of the sea, economic harassment, financial harassment – and biological and chemical warfare plans for purposes largely, at this point, of weakening and impacting Russian trade, economy, population, regime popularity or sustainability, as well as for false flags that as deniable attacks that could cause the Russian political leadership to retaliate,” she underscores.

According to Kwiatkowski, US neocons are dreaming about a regime change in Russia and transformation of Russia into a US satrap and proxy against China. Still, Russia still remains a rock, against which the neoconservative vision has been breaking itself against, the former DoD analyst concludes.