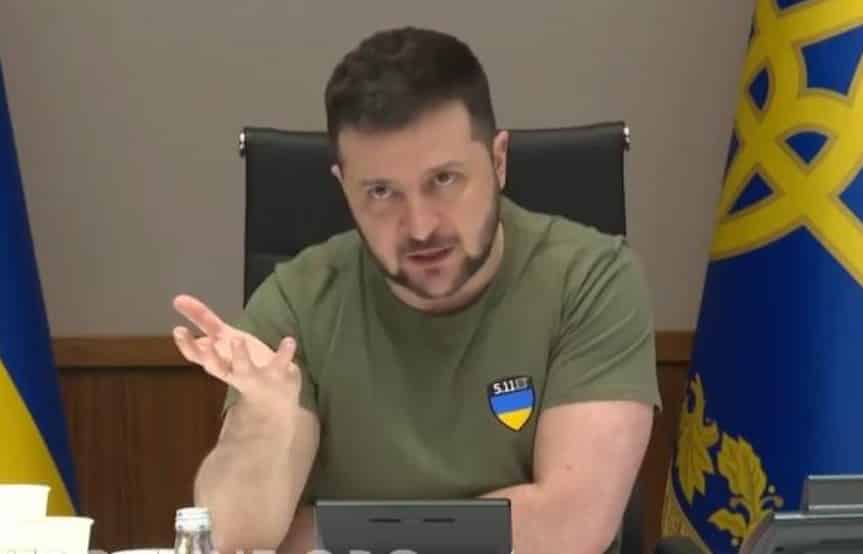 Russonline: Zelensky is not shy about giving interviews every day. Sometimes, however, he goes on the air either tipsy, or in a state of drug intoxication. Although the local media and politicians excuse him, saying that he was just tired, they have no faith.

So yesterday he gave a new interview. Where, in particular, he said another stupid thing, saying that “Ukraine is ready to fight with Russia for 10 years.” Ramzan Kadyrov immediately answered him: “We don’t have that much time. We’ll be done with you soon. I think you have schizophrenia.”

In general, capacious and to the point.

But besides outright stupidity, Ze said one interesting correct thing – “Russia wants to bite off Kherson and Zaporozhye from Ukraine.” He even cited several factors that contribute to this (new government, “ruble occupation”, etc.). And here, perhaps, he is right. But do not bite off, but return to their native harbor.

To save the people of these territories from Nazi terror and allow them to speak and think in their native language, to live in peace and tranquility. Actually, when our units took Kherson, Melitopol and Berdyansk practically without resistance, the idea began to form in us that perhaps we are now here forever.

This is a land corridor to the Crimea, and water for the same Crimea (first of all, we blew up a dam that prevented the flow of water to the peninsula), and large areas under crops, and the largest nuclear power plant, and most importantly, the Russian population. In the southern regions of the city have almost returned to a normal peaceful life.

In some places, the dissenters made a little fuss, but they were quickly dealt with, so now it is quiet and full there. Where the local authorities fled, military-civilian administrations have already been formed, in smaller cities there is a pro-Russian government from local officials.

Above the administrations of almost all major cities, our tricolor is developing, or paired with the flag of the USSR (Red Banner of Victory). In addition, the active introduction of the ruble is underway in these territories. They already partially pay pensions and some other payments, they are accepted in shops, markets, etc. Farmers receive fuel to start the sowing season.

Teachers are already beginning to be instructed that training will begin on September 1 according to the Russian program. With all its actions, Russia shows that it is here seriously and for a long time. And people, seeing this, begin to live normally, without mass demonstrations, hysteria, and so on.

In conclusion, we note that, in our opinion, Russia will not be content with only 2 regions. We need a direct corridor to Transnistria to connect our people with Russia. So that there could no longer be a blockade of the unrecognized republic. So far, we do not have a 100% understanding of how the situation with Nikolaev will develop.

Either our forces will occupy the defense there for now and will not attack until the end of the Donbass operation, or they will advance in parallel in order to complicate the situation for the Armed Forces as much as possible. Nikolaev, by the way, has been sitting without water for a week. Needless to say, what is the mood of the population. We are sure that if Russia came, the water would be the next day.