SVPressa: During the night, as part of a special military operation on the territory of Ukraine, hostilities continued on the outskirts of Kharkov and Nikolaev.

According to the positions of the armed formations of Ukraine south of Nikolaev, artillery assets were worked out, suppressing the enemy’s firing points at its positions in the area where the Bug estuary meets the Dnieper estuary. The fire impact led to a significant decrease in the activity of Ukrainian troops at the junction of the Nikolaev and Kherson regions in the area of ​​​​the mentioned estuary.

🇷🇺🇺🇦⚡LPR troops reached the borders of the Kharkov region and cleared the road to Kharkov. pic.twitter.com/BzuvFGEkc1

A powerful explosion erupted near the Ukrainian fortification on Saltovka in Kharkov
The Nazis and the APU turned this quarter into their fortified area. pic.twitter.com/FKC7a7LHEe

In Nikolaev itself, according to the latest data, shelling of the territory where the units of the so-called territorial defense were located was carried out. At the same time, interestingly, local residents say that the “arrivals” came from territories where there were no Russian troops. In this regard, questions arose as to who exactly attacked the Terbatovites in Nikolaev. Traditionally, in this case, they started talking about saboteurs

🇷🇺🚁Flight of two multi-purpose Mi-8 at low altitude in the Nikolaev area. pic.twitter.com/8XtNZoaW1D

Information comes that Russian troops conducted reconnaissance in battle in the area of ​​​​the city of Chuguev, located not far from Kharkov (to the southeast). A part of the Kharkov garrison of the Armed Forces of Ukraine and the national battalions is concentrated there on the Chuguev-Zmiev line. Such actions of the Russian troops could be aimed at finding out what the military potential of the Ukrainian group in this direction is and whether it is able to move towards the Donbass for a possible strike on the right flank of the Russian army.

The section of the road connecting these regions has been taken under control. pic.twitter.com/VOriHYBfDu 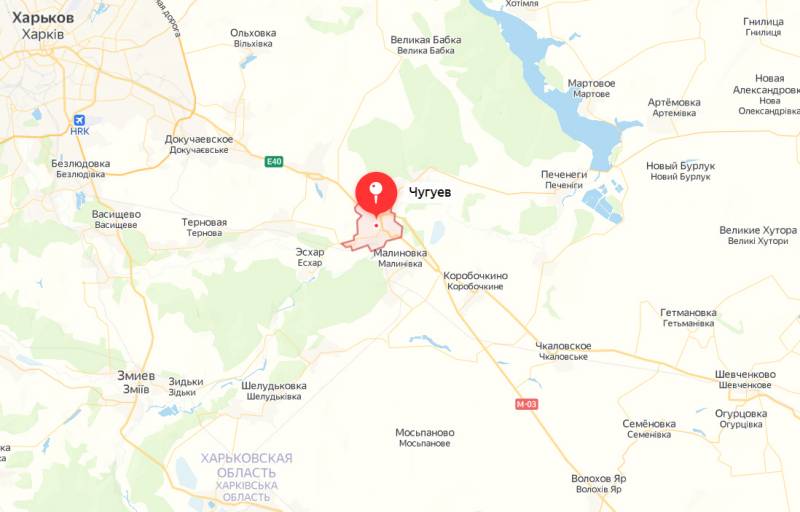 At the same time, the task of breaking through the southeastern defense line near Kharkov with the subsequent withdrawal of the RF Armed Forces to the administrative center of the region from the south can also be solved.