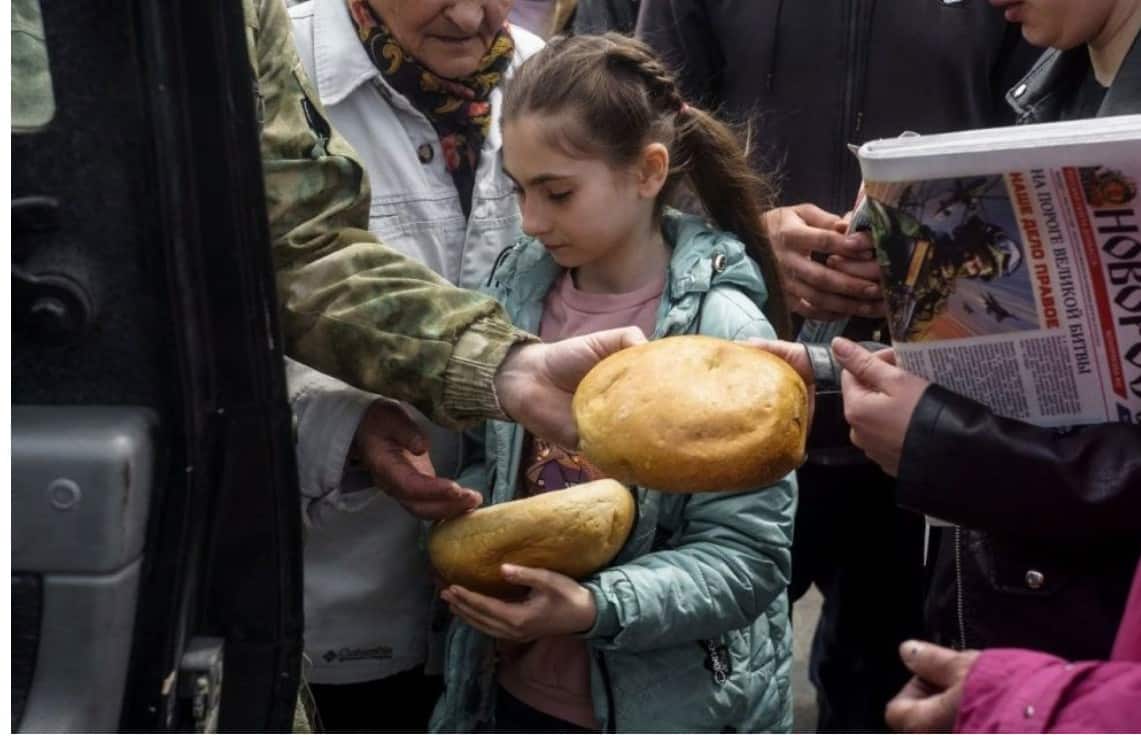 From the report of the Minister of Defense S. K . Shoigu to the Supreme Commander of the Armed Forces of the Russian Federation V. B . Putin on the progress of the special military operation and the liberation of Mariupol.

– The allied forces of the Russian Federation and the DPR liberated Mariupol. The remnants of the formation of nationalists took refuge in the industrial zone of the Azovstal plant.

– Mariupol is a major industrial and main transport hub on the Sea of ​​Azov. A powerful fortified area and a refuge for radical Ukrainian nationalists. The city was actually the capital of “Azov”.

– At the time of the encirclement on March 11, the total number of the AFU grouping and nationalist formations, as well as foreign mercenaries, was more than 8100 people. During the liberation of the city, more than 4,000 were destroyed, 1,478 surrendered, the remaining group – more than 2,000 – was blocked in the industrial zone of the Azovstal plant.

– Retreating, the Ukrainian army, nationalist battalions in Mariupol, as well as in other Ukrainian cities, were covered by the civilian population.

– Every day since March 21, humanitarian corridors have been opened for the evacuation of civilians and foreign citizens – on behalf of V.V. Putin.

– The servicemen of the Armed Forces of Ukraine and the militants of the nationalist battalions were asked to lay down their arms. They were guaranteed, of course, life, safety and medical care.

– Despite their opposition – both militants and everyone else – 142 thousand 711 civilians were evacuated from Mariupol. All the hostages who were in the commercial seaport, including the crews of ships, were released.

– Today, the entire Mariupol is under the control of the Russian army, the people’s militia of the Donetsk People’s Republic, and the territory of the Azovstal plant with the remnants of nationalists and foreign mercenaries located is securely blocked.

– Over the past two days, from 14:00 to 16:00, we have declared a regime of silence, all hostilities are completely stopped, humanitarian corridors are opened for the exit of civilians who may be on the territory of the Azovstal plant. About 90 buses and 25 ambulances have been prepared for them.

– No one left Azovstal.

– At present, the situation in the city is calm, allowing us to start restoring order, returning the population and establishing a peaceful life. As for those who fled at the Azovstal plant and were thoroughly blocked there and around the entire perimeter, it takes 3-4 days to complete this work at Azovstal as well.

B . Vladimir Putin : I consider the proposed storming of the industrial zone  inappropriate. I order you to cancel .

B . Vladimir Putin : This is the case when we must think – that is , we must always think , but in this case even more so – about preserving the life and health of our soldiers and officers . No need to climb into these catacombs and crawl there underground along these industrial facilities,

Block off this industrial area so that the fly doesn’t come through .

B . Vladimir Putin : Once again invite everyone who has not yet laid down their arms to do so . The Russian side guarantees their life and decent treatment in accordance with the relevant international legal acts . _ Anyone who is injured will be provided with qualified medical assistance.

– to ensure the unconditional fulfillment of all social guarantees, especially to those who were injured, “to the families of our dead comrades”;

“Of course , putting such an important center in the south as Mariupol under control is a success . I congratulate you,” the President of the Russian Federation said in conclusion .

At a meeting of the UN Security Council, the Russian side rejected the proposal for an “Easter truce”, calling them “very deceitful and insincere” . In practice, it is aimed at “ giving Kiev nationalists and radicals a break so that they can regroup , get new batches of drones , ATGMs and MANPADS , and along the way also arrange new provocations , launch new fakes about the actions of Russian soldiers” .

One way or another, the tasks of the special military operation to liberate Donbass, demilitarize and denazify Ukraine and threats to Russia emanating from there will certainly be fulfilled, the representative of the Russian Federation to the UN emphasized.

Kiev and its Western “partners” cannot get used to the fact that there are no more Minsk agreements, and there will be no truce according to the Minsk model .

Briefing of the Russian Ministry of Defense on the course of the special military operation of the RF Armed Forces in Ukraine – April 21 , day :

– The units of the Russian Armed Forces and the People’s Militia of the Luhansk Republic took complete control of the settlement KREMENAYA, which was turned into a fortified area by Ukrainian nationalists.

As a result of the swift and well-coordinated actions of the assault squads, serious destruction of urban infrastructure and residential buildings was avoided.

– Operational-tactical and army aviation of the Russian Aerospace Forces during the night hit 20 areas of concentration of manpower and Ukrainian military equipment in the areas of settlements SHORTKI, NOVONIKOLAYEVKA, ALEKSANDROVKA.

– Rocket troops and artillery carried out strikes on 1001 military targets of Ukraine in a day.

Among them are affected:

Also, in the DONETSKOE area, a Ukrainian tactical missile “Tochka- U” was shot down in the air .

Losses of the Ukrainian side as a result of a special military operation of the RF Armed Forces on April 21 , 2022 – Rybar . Liu Sivaya, a Russian girl from Krasnoyarsk who has been living in Spain since 2012, went to Donbass to try to tell and show the Spaniards what is really happening. A report from the Donetsk Petrovka, which is constantly under fire by the Armed Forces of Ukraine.