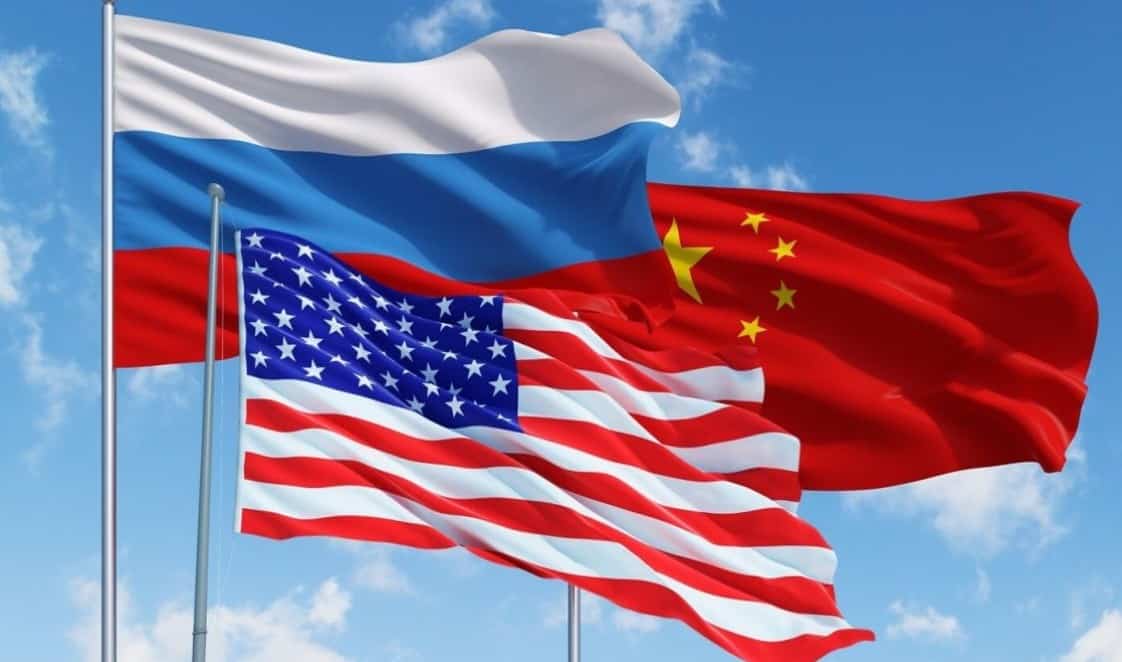 The risk of a strategic confrontation simultaneously with Russia and China would be, as American experts rightly point out, a “geopolitical nightmare” for the United States. Judging by the Ukrainian crisis, the US strategy is to provoke, at a convenient time for Washington, two crises in turn in the zones of vital interests of Russia and China.

The strategic calculation is clear: to make Russia and China either come to terms with the American presence on their borders, or in the event of a response to expansion by force, the Americans would be able to weaken Russia and China in debilitating conflicts, working to incite internal contradictions in these countries. The ultimate goal is to remove Russia and China as obstacles to the restoration of US global hegemony.

The transformation of the “Taiwan problem” into a “Taiwan crisis” will be carried out by the United States according to the same scheme that they tested in Ukraine. Now Washington is acting simultaneously in three directions: it is pushing the administration of the island to cross the “red lines” in relations with the mainland, it is saturating Taiwan with American weapons, and it is whipping up informational psychosis.

However, Taiwan’s attempts to consolidate the split with the mainland and include the island in the system of American military control over the seas adjacent to China are unacceptable to China.

The United States is doing everything that violates the “one China” principle. Diplomatic contacts between the US and Taiwan have become systematic. Delegations from the US Congress, the Pentagon, and the State Department often visit the island.

All of them intimidate the population of the island and the neighbors of the PRC with the “Chinese threat”. They are being played along by the Taiwanese administration, which from time to time makes statements about its determination to “defend democracy and freedom.”

Recently, American activity around Taiwan has acquired new features. At the end of March, Damon Wilson, the director general of the National Endowment for Democracy ( NED ), unwanted in Russia, visited the island for an unknown purpose , and met with the head of the island’s administration, Tsai Ing-wen, and a number of other influential politicians. NED works closely with the Taiwanese authorities. This fund specializes in information and psychological operations in the countries of interest to the United States.

In April, the US administration approved the sale to Taiwan of a third batch of weapons worth $95 million, including equipment and services to support the missile defense system. Before that, there were deliveries in August 2021 of 40 Paladin M 109 A 6 self-propelled howitzers and artillery ammunition worth $750 million. In March, another batch of weapons worth $100 million was delivered, which included equipment and services to support the Patriot air defense system .

By all appearances, the number of arms deals between the US and Taiwan will increase. This may be enough to, if not win, then provoke a military conflict and stretch it out for a long time.

In the context of the “strategy of provocation,” the United States is preparing the ground for isolating the PRC by trying to oppose it with the countries of the Asia-Pacific region. The island will continue to deepen cooperation with the United States “to protect a free and open Indo-Pacific,” Taipei said .

The US Indo-Pacific strategy takes shape when the purely military aspects of the strategy are combined with economic expansion to isolate China on all fronts.

There are attempts by Washington to lure Nepal into the Millennium Challenge Corporation, an infrastructure assistance deal that will distract Nepal from China’s Belt and Road Initiative. However, the Prime Minister of Nepal, Sher Bahadur Deuba, at a meeting with the head of the Chinese Foreign Ministry in late March, stressed that Nepal would never allow any forces to use Nepalese territory to participate in anti-Chinese activities.

Another direction is the intensification of military-technical cooperation within the framework of QUAD and pushing the Quartet towards strategic coordination of actions with NATO. This became especially clear with the start of the second phase of the strategic military operation (SVO) in Ukraine.

Unceremonious are the US attempts to “tame” India by getting it to renounce “strategic autonomy”. However, in the Indian direction, Washington has not yet succeeded. As a result of the talks on April 11 between Biden and Modi, it became known that it was not possible to convince New Delhi to follow the US/NATO line in the Ukrainian crisis.

India does not succumb to the invitation to participate in Washington’s anti-Chinese maneuvers. The Indian media has recently become cautious in its coverage of Sino-Indian relations.

The disadvantage of the whole scheme (alternately provoking two military crises in Ukraine and Taiwan) lies in the fact that it is destructive for the United States. Biden’s America, by its actions against Ukraine and Russia, itself undermines the economic strength of its partners. Washington’s capabilities no longer match its strategic scope.