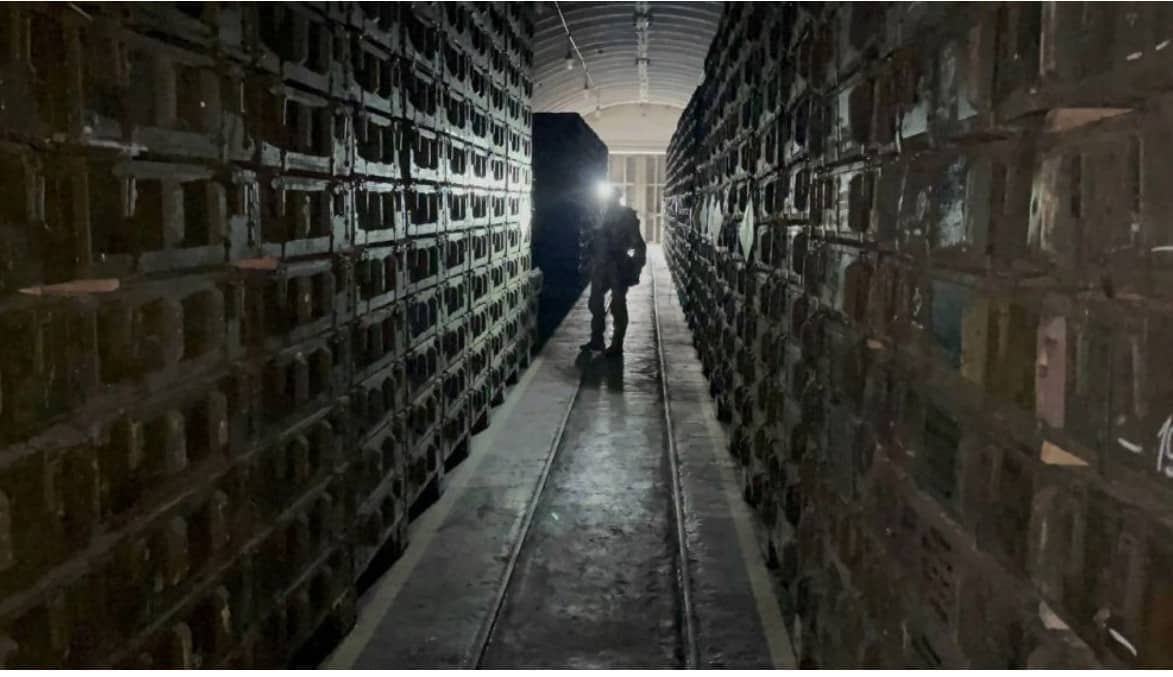 During the second phase of the special operation, the Russian armed forces plan to establish full control over the Donbass and southern Ukraine , to provide a corridor to the Crimea , said Rustam Minnekaev, deputy commander of the Central Military District. According to him, control over southern Ukraine will give the Russian army one more outlet to Transnistria, where ” there are facts of oppression of the Russian-speaking population”.

By the way, the Moldovan authorities contributed greatly to this by banning the St. George Ribbon the other day. The President of the Republic of Moldova, Maia Sandu, even stated that the place for the symbol of Victory is “in the trash can of history.” This caused a storm of indignation in the Moldovan society, especially in Gagauzia, where the ban is about to be lifted. And, of course, Pridnestrovie perceived this step as absolutely destructive, showing the true attitude of the pro-Romanian Sandu regime towards the population of territories that Moldova considers its own, but does not intend to respect the views and rights of citizens living in the PMR.

Press Secretary of the President of the Russian Federation Dmitry Peskov refused to comment on the Defense Ministry’s statement about Russia ‘s plans to integrate the south of the former Ukraine into the Russian space and create a land crossing to Crimea from the LDNR .

“We still do not comment on issues that are related to the conduct of a special military operation , ” he said.

Peskov advised journalists to be guided by the statements of officials of the Ministry of Defense of the Russian Federation and to address questions to the defense department.

Briefing by Igor Konashenkov , official representative of the RF Ministry of Defense , on the progress of the special operation in Ukraine April 21, evening.

– As a result of a strike by high-precision long-range missiles “Caliber” in the area of ​​​​the railway station MELIORATIVNOE, up to a battalion of enemy personnel with weapons and military equipment was destroyed.

– In the area of ​​\u200b\u200bthe settlement NOVOSELKA, the Ukrainian anti-aircraft missile system “S-300 ” was destroyed .

In the area of ​​ALEKSANDROVKA, the command post and the area of ​​concentration of manpower and Ukrainian military equipment were defeated. Up to 80 nationalists were destroyed, as well as 23 units of armored vehicles and vehicles.

In addition, a Ukrainian unmanned aerial vehicle was shot down by a high-precision air-to-air missile.

– Operational-tactical aviation of the Russian Aerospace Forces hit 58 military facilities of Ukraine. Among them: four command posts, three fuel depots, as well as 51 areas of concentration of manpower and Ukrainian military equipment.

– Rocket troops and artillery completed 1285 fire missions during the night. Destroyed: nine fuel depots, 37 command posts. The 1221st strong point, the places of accumulation of manpower and military equipment of the enemy were defeated.

– Russian air defense systems destroyed seven Ukrainian unmanned aerial vehicles in the areas of the settlements of STAROMAYORSKOE, YASINOVATAYA, STAROMIKHAILOVKA and KALINOVKA of the Donetsk People’s Republic, as well as ALEKSANDROVKA and TOKAREVO in the Kherson region.

– In addition, in the area of ​​\u200b\u200bthe settlement of DONETSKOYE, the crew of the Buk-M3 anti-aircraft missile system shot down a Ukrainian tactical missile “Tochka- U” in the air .

Estimate the degree of filthiness of these characters. Neo-Nazi Andriy Biletsky, on the air of one of the TV channels, said that the terrorist army of Ukraine was ready to hit the Immortal Regiment in Mariupol with Tochka-U, the Operative reports telegram channel writes .

“ Ukrainian long- range missiles , such as Tochka – U, sometimes fly there . Therefore, I would not risk holding the Immortal Regiments and similar actions , ”said Biletsky.

There is no doubt that we are on the right track. The terrorist state must cease to exist. Played statehood and enough.

There is a lot of work ahead to denazify the OCHU (the rest of Ukraine). After the direct NWO, the process of denazification will take years. But the security forces have accumulated vast experience in this work.

Now few people remember what cruel ultra-right groups bred in Russia 10-15 years ago. The work carried out managed to bring down this wave as much as possible, sending neo-Nazis to jail for many years.

So it will be in the new Ukraine.

OSCE employee detained in the LPR confessed to transferring classified information to foreign intelligence services – Ministry of State Security of the LPR.

The White House announced the appointment of retired General Terry Wolf as coordinator of military assistance to Ukraine . This person will become the main liaison between the United States government and its allies abroad on issues related to the transfer of existing stocks and the assessment of the possibility of providing Ukraine with aircraft, tanks and other advanced weapons.

Ukrainian saboteurs were detained on the territory controlled by the Russian Armed Forces. They were preparing a terrorist attack – they intended to blow up a Russian humanitarian convoy and military personnel with a car bomb.

Among the confiscated items were 42 fuses and detonators, over 5,000 rounds of ammunition, a PM-4 demolition machine, radio stations, night vision devices, and a car bomb.

In the title photo: The largest military arsenals in Balakliya, Kharkiv region, are now under the control of the Russian Armed Forces. 300 filled concrete hangars. The author of the photo is the telegram channel Kotsnews

SOURCEFondsk.Ru
ATTENTION READERS
Due to the nature of independent content, VT cannot guarantee content validity.
We ask you to Read Our Content Policy so a clear comprehension of VT's independent non-censored media is understood and given its proper place in the world of news, opinion and media.