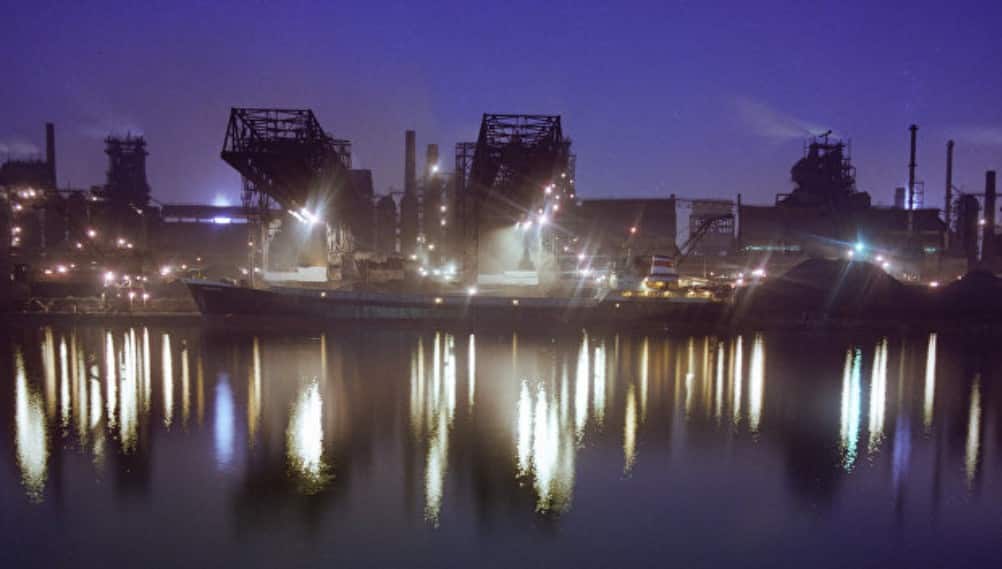 The name of the metallurgical plant “Azovstal” is regularly mentioned in world news, because the vast territory of the enterprise turned out to be the epicenter of hostilities in Mariupol. The future fate of the plant is still unclear. The decision to resume work will obviously be made taking into account the scale of the destruction, and the fighting is still ongoing.

However, people usually speak sparingly about the plant itself. As a rule, its production and economic indicators are reported. After all, Azovstal until recently ranked third among Ukrainian metallurgical enterprises in terms of gross income, annually smelting 6 million tons of pig iron, 7 million tons of steel, 4.5 tons of rolled steel and 1.5 million tons of iron ore agglomerate.

As for the history of the Mariupol enterprise, in recent years it has usually been taken out of the brackets. After all, the plant was created in Soviet times, and it is impossible to talk about them in any positive or simply objective way in Ukraine. Because the official propaganda does not recognize any successes and achievements behind the “scoop”.

The decision to build Azovstal was made in Moscow in February 1930. By that time, a large metallurgical enterprise operated in Mariupol – the Ilyich metallurgical plant, which focused on iron ore raw materials from Krivoy Rog and Nikopol. Its production facilities developed and were loaded to the maximum.

Meanwhile, the country, reviving after the Civil War, experienced a constant shortage of metal. And under these conditions, it was decided to build a new plant – for processing ore from the Kamysh-Burun deposit, located in the Kerch region, which was delivered from the Crimea on barges across the Sea of ​​Azov.

At first, they wanted to place the enterprise on the outskirts of Taganrog – at the mouth of the Mius River. However, the director of the plant named after Ilyich, Yakov Gugel , insisted that it be built in Mariupol, on the banks of the Kalmius. Because many skilled metallurgists lived in the city and a well-developed railway network was built. This outstanding person – the prototype of Mark Ryazanov in the novel “Children of the Arbat” – went with his proposal through all instances and enlisted the support of the allied leadership.

“Difficult and tortuous was the way to implement a brilliant technical idea for the construction of a new huge plant. The issue of Azovstal was worked out for a long time in many instances and did not receive a decisive shift. Then Comrade Kuibyshev sent me to Comrade Ordzhonikidze at the People’s Commissariat of the Workers’ and Peasants’ Inspection, which he led at that time, ”  Gugel later recalled.

People’s Commissar Sergo considered and approved his project, seeing in it broad prospects for the development of the metallurgical complex of the Azov region. He personally came to Mariupol to supervise the construction of a plant and a specialized seaport for receiving Crimean ore. 292 million Soviet rubles were allocated for it from the state budget, attracting the best engineering personnel to work. And on August 12, 1933, the Azovstal blast furnace produced the first batch of pig iron.

It was the era of the first five-year plan – an epic time when Zaporizhstal, Kryvorizhstal, DneproGES, Kharkov Tractor Plant and many other enterprises built to the best world standards were launched in Ukraine. The Ukrainian SSR in a matter of years has become the largest industrial center of Eastern Europe. However, Azovstal stood out for its achievements even against the general background – due to the fact that a number of advanced innovative technologies were introduced at it.

In 1935, the first in the USSR 250-ton oscillating open-hearth furnace was put into operation at the Mariupol enterprise. And in 1939, the first batch of hot sinter was delivered by sea to the port of Azovstal, directly from the workshops of the Kerch Metallurgical Plant, where iron ore was enriched. And such an operation was tested for the first time in the history of world metallurgy.

Finally, in May 1939, Azovstal set a world record for the productivity of a blast furnace per day – when the new blast furnace No. 3 produced 1,614 tons of pig iron in one day. 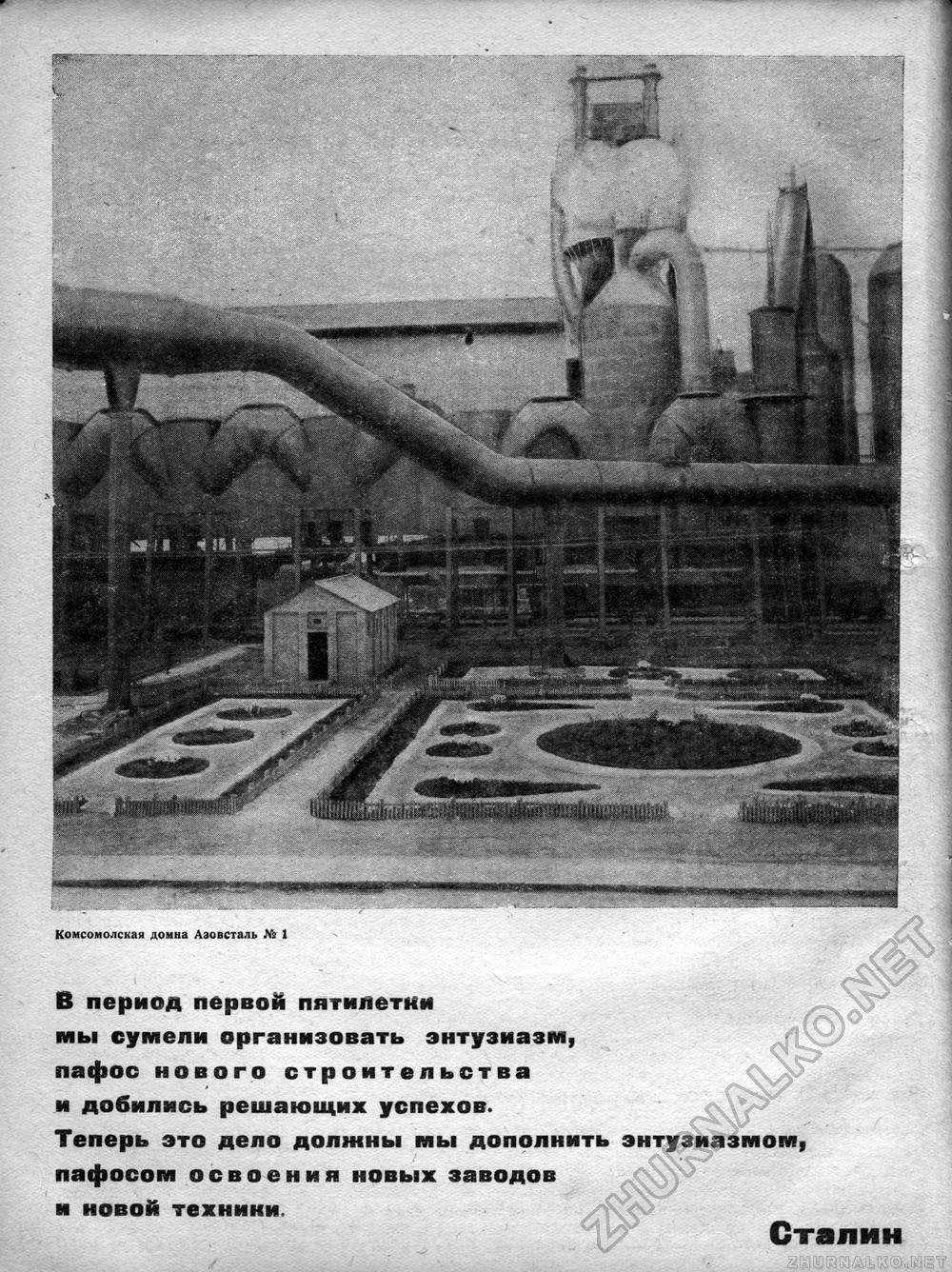 By the beginning of the Great Patriotic War, four blast furnaces were operating at the plant, six swinging open-hearth furnaces were operating, and modern rolling shops were being actively built. Already in June of the forty-first year, Azovstal turned into a full-fledged defense enterprise. His labor collective handed over to the troops two hastily built armored trains, blanks for powerful aerial bombs, barrels for mortars and steel shields for tanks. And as the front approached, more than six thousand workers of the newest Mariupol plant volunteered for it.

The remaining workers dismantled a significant part of the equipment – about 650 freight cars – to take it beyond the Urals, to the metallurgical plants located there. After the occupation, the Nazis handed over Azovstal to the Krupp concern and tried to resume its work for the needs of German industry. However, this was actively interfered with by the Mariupol underground workers under the leadership of the communists  Lomizov and  Shtanko . They staged a sabotage at the plant by cutting off steam during the blowing of blast furnace No. 1 – and thus put it out of action for several months.

In 1943, on the eve of the retreat, the German invaders blew up the main facilities at Azovstal – the surviving blast and open-hearth furnaces, a power station and batteries of a coking plant. The plant was literally razed to the ground. The Red Army soldiers who liberated Mariupol found a mangled pile of metal in its place. However, the engineers who returned from the Urals immediately set about restoring the destroyed workshops and buildings. Already in 1945, they launched blast furnaces again, and in 1948-1953, a complex of rolling shops was built at the plant, turning it into an enterprise with a full metallurgical cycle.

The plant has a history of impressive achievements in scientific and technological progress. In 1973, a rolling mill 3600 came into operation at Azovstal, in 1977 an oxygen converter was built on it, and in 1981 an advanced electric steel-smelting shop was built on it. The huge plant was overgrown with social infrastructure: residential areas, hospitals, schools, kindergartens, a cinema and a stadium. Workers rested free of charge in health resorts on the Azov and Black Seas.

However, prosperity ended in the nineties, when Azovstal became another victim of predatory privatization, turning into a tool for enriching the main Ukrainian oligarch.
What will happen next? It is too early to talk about the prospects for the revival of the plant. But it is worth remembering that this metallurgical Phoenix was already rising from the ruins after the end of the Nazi occupation of Mariupol.