What are Nutrition Supplements?

Nutrition supplements are products that usually consist of either micronutrients such as vitamins and minerals or macronutrients which consist of proteins, carbohydrates, and fats.

They are commonly used or marketed to people as a way of preventing any deficiencies that may be present in a person’s diet.

As the name suggests, they are used to supplement a person’s diet, and shouldn’t be relied upon as a sole form of nutrition.

They can come in various forms such as the following:

In a perfect world, we would get all our daily nutritional requirements from the foods we eat; however, this often isn’t the case.

In fact, our dietary intake throughout the Western world is documented as promoting chronic diseases such as obesity, diabetes, cancers, cardiovascular ailments, and cognitive impairments such as Alzheimer’s notwithstanding dementia.

This is because a typical ‘western diet’ consists of high calories, refined carbohydrates, a high intake of saturated fats, large quantities of sugars, and salt yet is void of nutrients found is fresh, more nutritionally dense foods.

As a result, while we are gaining lots of energy from our eating habits we are generally not exercising enough, and we aren’t consuming enough of the vital nutrients we need.

This can have an impact on our brain health, increase the incidence of depression and affect testosterone levels as outlined by a 2018 study published in the Nutrients Journal.

What are the benefits of supplements?

Some supplements have been developed to help improve physical and mental performance for competition, such as sporting events.

These may be carbohydrate gels to maintain energy supply during a race, or protein shakes to maximize muscle protein synthesis which results in muscle growth and can be useful for most athletes.

Some supplements include compounds such as caffeine which act as a stimulant to help delay fatigue and others can be plant extracts which have demonstrated an ability throughout clinical trials to increase libido or improve sperm health contributing to fertility.

In some cases, those who are suffering from certain medical conditions may also require a supplement to help regain muscle mass, and body weight, or just take on vital nutrients that they may have lost through trauma or have problems absorbing into their body.

It has also been demonstrated that if faced with a deficiency, mega-dosing a particular nutrient can help treat a health condition.

On the other hand, some nutrients are found in very few food sources. Vitamin D for example is only present in a limited number of foods, and the majority of vitamin D is synthesized from sunlight.

This itself poses another health problem, namely skin cancer risk. As such, some governments and health agencies around the world recommend taking a vitamin D supplement.

Furthermore, most people are not nutritionists themselves and there is a lot of misinformation and misunderstanding circulating on the internet and media. Therefore, the general population is at risk of numerous deficiencies that can be supported using supplements.

Who is at risk of a nutritional deficiency?

Certain members of the population are at higher risk of nutrient deficiencies than others. For instance, if we go back to vitamin D, those who have a darker skin tone are more at risk of a deficiency than those with lighter skin, this means they must expose themselves to the sun for longer.

This could be potentially dangerous, or just not possible depending on working patterns, whether the climate is appropriate, or even down to working inside all day.

Athletes are at risk of a nutrient deficiency as they place their bodies through extreme exercise-related stresses. The State University of New Jersey identifies that female athletes, in particular, can suffer from inadequate intake of vitamin D, zinc, calcium, magnesium, and B vitamins which can affect the reproductive system and bone health.

Research into vitamin deficiencies within the US military found that women and black populations were at a higher risk, with vitamin D and B vitamins deficiencies presenting the highest rate of disorder among all personnel between 1997 and 2015.

A 2017 study investigated the diet quality and its effects amongst special forces soldiers whilst on deployment. It discovered that there were decreases in vitamin D and calcium levels which could have a detrimental effect on bone health. This is of concern as it is reported that musculoskeletal injuries are the main cause of medical evacuations during deployment.

Following a plant-based diet has demonstrated many health benefits, however, a strict vegan diet omits any food sources of an animal origin, which includes eggs, dairy, and honey.

However, adopting a vegan diet requires knowledge and planning otherwise there is a risk of under-consuming vitamins, fatty acids, proteins, and minerals which can lead to deficiencies.

The elderly population is severely at risk of malnutrition. There are many factors that can contribute to nutritional deficiencies, but one study suggested that 16% of Americans over the age of 65 were consuming less than 1000kcals daily.

A lack of food means fewer nutrients, then there’s the risk of illnesses that can lead to poor nutrient absorption or increased loss of nutrients through issues such as diarrhea and nausea.

Veterans are not immune to the concern of malnutrition. The Journal of Nutrition Health and Aging published a report in 2017 explaining that malnutrition was prevalent among 15% of veterans over the age of 65 and over 40% were at risk of malnutrition. These figures are higher than those of community-dwelling civilians of a similar age.

A ‘food first’ approach is always recommended first and foremost; however, this may not be appropriate for the situation, and supplements can help. As such, The Association of UK Dietitians does acknowledge that a route of treatment to prevent malnutrition does include oral supplements. They also recommend the use of folic acid, calcium, and vitamin D supplements for children, those trying to conceive, and breastfeeding.

A further analysis published in the Nutrients Journal in 2021 also concluded that oral nutrition supplements can be beneficial for appetite, energy intake, body weight, and body mass index for the elderly population. This is further echoed by a report published in 2018 outlining nutritional recommendations for aging veterans which does include the use of oral supplements should a Mediterranean Diet not be easy to follow.

Therefore, supplements can fill any nutritional voids and gaps, or treat conditions conveniently and often in a cost-effective manner. 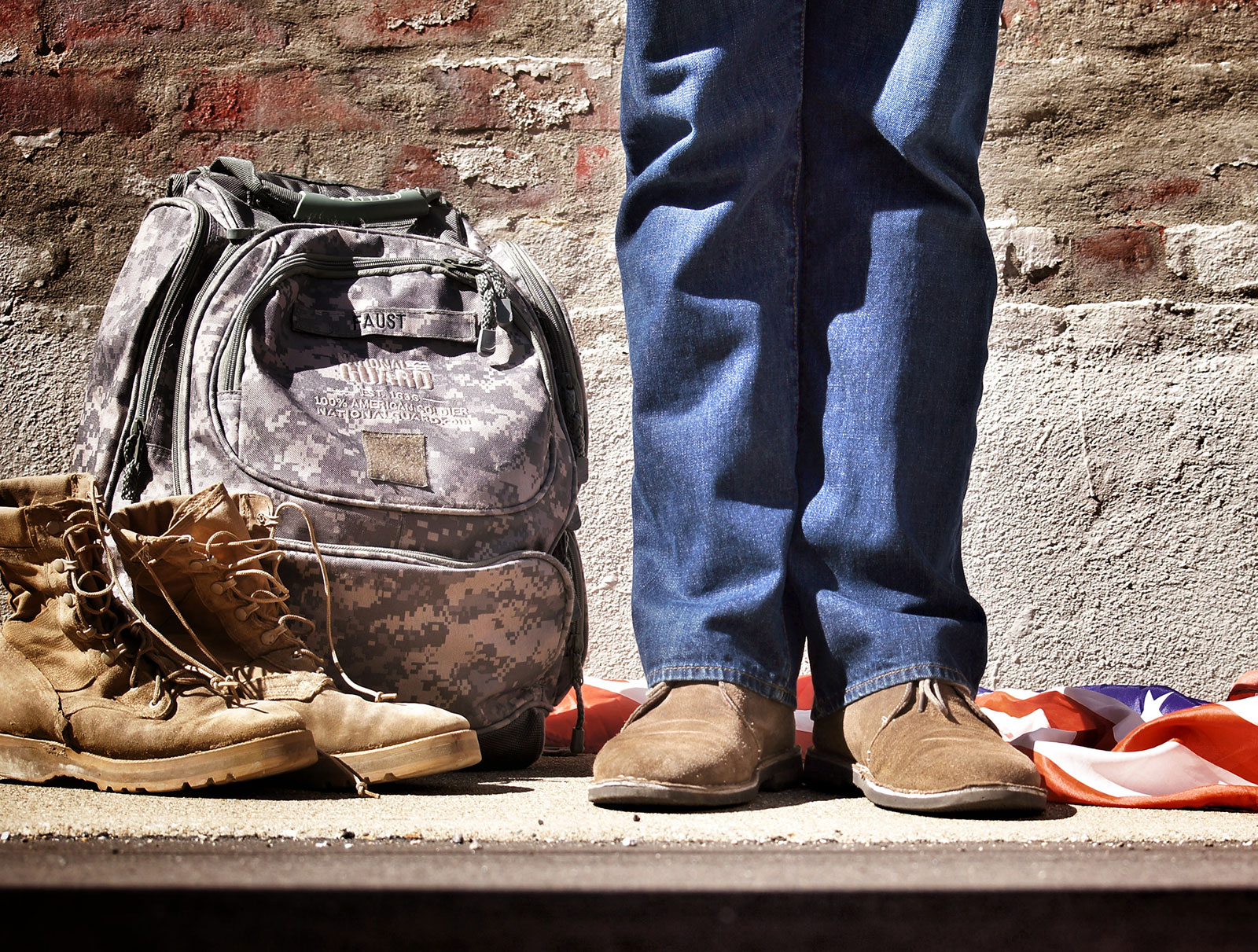 Does the VA cover the cost of supplements?

Supplements are referred to as ‘Nutrition Therapies’.

And, they are covered by the VA, but only under certain circumstances with certain products and preparations permitted.

Those people who are suffering from the following digestive system conditions which do not allow their body to absorb sufficient nutrients:

The covered nutritional therapies are those which are used to help treat the conditions listed above, so unless you have one of those medical conditions, you will not be covered by the VA.

Therefore, if you need and are prescribed nutrition therapy that is to be taken by a tube into the gut (enteral) although sometimes specific high-calorie solutions can be consumed by mouth, or directly into the bloodstream (parental) this is covered.

Some amino acid preparations or micronutrients which will be added to the nutrition solutions are also covered.

Therapies that are administered into the peritoneal cavity which is a fluid-filled void within the stomach area are also covered by the VA for those suffering from end-stage renal disease.

These nutritional formulas and solutions tend not to be available through retail stores and outlets.

What isn’t covered by the VA?

Supplements that are used as substitutes for food. While this is open to interpretation, it most likely means weight loss shakes, meals, and bars.

Vitamins and mineral supplements are not included, nor other supplements developed to increase calorie or protein consumption as part of a normal daily feeding plan that isn’t required or stipulated as required for a medical condition as outlined above.

Therefore, if you do not have a medical requirement for any nutritional supplements, you will not be covered by the VA.

That means protein shakes, bars, or other ready-to-drink beverages aren’t included nor are sports, recovery, or performance-enhancing products.

Is this an oversight?

We note that the policy was effective in 1983. A lot has changed since then. There’s been new research and new findings into therapeutic supplements that could be relevant.

It is now well documented that the benefits of a vitamin D supplement can help with issues of low testosterone, and a deficiency of vitamin D is associated with dementia and Alzheimer’s disease. Therefore, a supplement containing vitamin D may be considered a cost-effective way of preventing further health complications.

Botanical extracts such as ashwagandha have recently gained popularity because of the emerging evidence demonstrating their effectiveness in alleviating anxiety disorders which affect approximately 30% of the US population. Research also shows that generalized anxiety disorders affect 12% of veterans and 40% of those suffering from PTSD.

Furthermore, Germany recognizes the use of phytotherapy (the use of extracts) as medicine within the clinical sphere alongside more traditional science-based practices.

Utilizing these practices which have often been used for thousands of years in other cultures could be a cost-effective and safe way to help treat and prevent medical issues.

The VA will presently only cover nutrition supplements for those who have a medical condition that does not allow them to absorb nutrients from foods sufficiently to remain in good health.

That means that any vitamin or mineral supplement or any botanical extracts regardless of positive outcomes documented in clinical trials to help prevent or alleviate a condition are not.

SOURCEScienceDirect.com
ATTENTION READERS
Due to the nature of independent content, VT cannot guarantee content validity.
We ask you to Read Our Content Policy so a clear comprehension of VT's independent non-censored media is understood and given its proper place in the world of news, opinion and media.