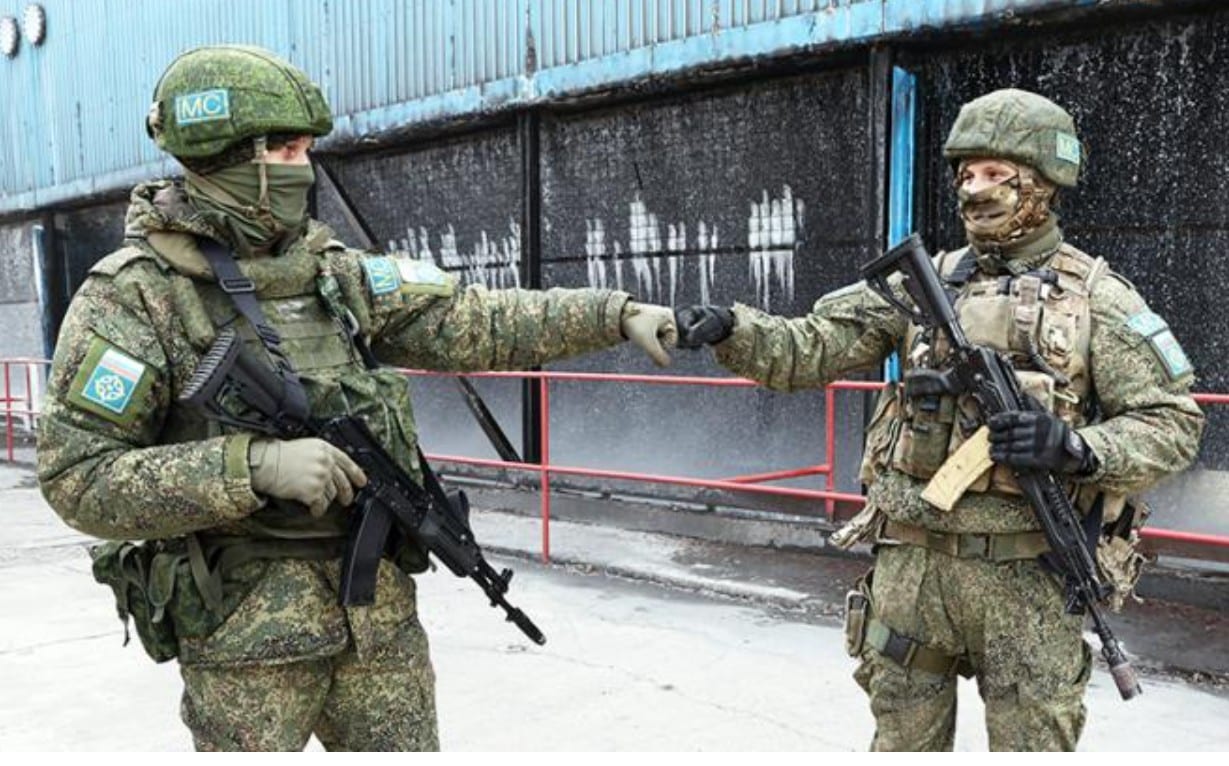 The events in Ukraine clearly showed that Russia and the West were, are and will remain adversaries. Therefore, this ideological confrontation will not stop for a long time.

What awaits Russia in geopolitical knots?

First. Not gone anywhere – even with the change of power – a hotbed of instability in neighboring Kazakhstan. The Republic is still the powder keg of the Color Revolution.

It’s just that while the arsonists are busy with other things, they have enough things to do in Ukraine.

In Kazakhstan, for centuries, when a person was appointed to a particular key position, ethnic origin and tribal ties played a key role. And only then – education and professionalism. Former director of the KNB, the Uighur Karim Masimov, who is suspected of treason, was a compromise figure. Probably, the clans decided that, not being an ethnic Kazakh, he would be equidistant from all local clans.

In fact, everything turned out exactly the opposite. During the riots, the country’s National Security Committee was virtually paralyzed. This speaks either of Massimov’s flagrant incompetence, or of outright betrayal. Or it could have been both.

Today, the head of the State Security Service, Ermek Sagimbaev , has been put in his place . That is, it is hardly necessary to talk about some kind of operational developments, implementation, depth of exploration, serious analytics. The guards don’t do that. Their function is different. There is already insider information that Islamic radicals are infiltrating across the border between Kazakhstan and Kyrgyzstan.

And that means – wait for a new Maidan. Only they will prepare it much better than the old one, taking into account all the mistakes made.

And the reason here is not even tribal relations. And the fact that the entire Kazakhstani elite – both overthrown and new – mentally lives in the West. Kazakhstani bais of a new formation open offshores there, buy castles and dream of meeting old age in their own villa somewhere on the shores of the Atlantic Ocean.

And as soon as you mentally tune in to the West, send your children there to study, buy real estate there and take your assets offshore, you are doomed to be a Russophobe and an ideological enemy of Russia. It just doesn’t happen otherwise. Otherwise, everything stolen by overwork will be taken away from you. And he himself will be thrown out of the country, like a kitten through the window. If they don’t do something worse. Remember Berezovsky ?

Yes, as long as there are no language patrols in Kazakhstan, there is no outright persecution of Russians. Apparently, the future Maidan activists are accumulating strength, regrouping their forces, means and finances. And Tokayev himself did not even release publicist and blogger Yermek Taychibekov , who was convicted for calling for closer integration of Kazakhstan and Russia.

In general, a few weeks before the start of the special operation, Kazakhstan blazed for a reason. The hope was that Putin would succumb to temptation and introduce a large group into the neighboring republic. This would tie up a significant part of the troops in the eastern direction (Kazakhstan is located on a vast territory), and at that time the Ukrainian troops would strike at the Donbass. And since a strike force of more than 100 thousand people was concentrated in Ukraine, the Ukrainian army had every chance to grind the militias and go to the border with Russia.

At the same time, the Western media “inflated the censer” and whipped up passions that Putin was about to order the troops to invade Ukraine in order to again deprive him of the initiative.

Knights of the Cloak and Dagger around the world are extremely careful when they are thrown a frank bait, and are in no hurry to “swallow it along with the bobber.” And the President of Russia was no exception. And he always knew how to wait.

As a result, Putin outplayed them. He did not fall into the Kazakh trap. Moreover, he introduced a limited contingent of CSTO troops into the republic. The riot came to naught. And Putin promptly withdrew troops. And then two weeks ahead of the Ukrainian assault on Donbass.

If he fell into the Kazakh trap, it would be extremely difficult for Russia to fight on two fronts. And it is possible that at the same time “surprises” were being prepared for the Kremlin in Karabakh and on the Tajik-Afghan border. The Kremlin, after the flight of the Americans from Afghanistan, has already transferred several formations here to reinforce the 201st brigade stationed here. And this is where trouble awaits.

But our Western “non-brothers” will set fire not only to Kazakhstan. They work closely and actively along the entire line of contact, in the waters of the entire Transcaucasian and Asian underbelly. The embers of a smoldering conflict in Nagorno-Karabakh are already fanning. Again shots and mortar salvos rumble on the border of Kyrgyzstan and Tajikistan. Border Afghanistan is boiling up again – after the coup d’état staged by the Americans in neighboring Pakistan.

The Baltic States, turned on Russophobia, openly supplies the Ukrainian army with weapons and opens training centers for Ukrainian saboteurs. And everywhere you can feel the experienced hand of “partners” and “non-brothers”.

In general, as political scientist Sergei Mikheev says , there will still be military operations in the territory of the CIS. History didn’t just move. She rushes off. The metaphysical struggle between the anti-Christian West and the center of Orthodox civilization continues.

SOURCESVPressa
ATTENTION READERS
Due to the nature of independent content, VT cannot guarantee content validity.
We ask you to Read Our Content Policy so a clear comprehension of VT's independent non-censored media is understood and given its proper place in the world of news, opinion and media.