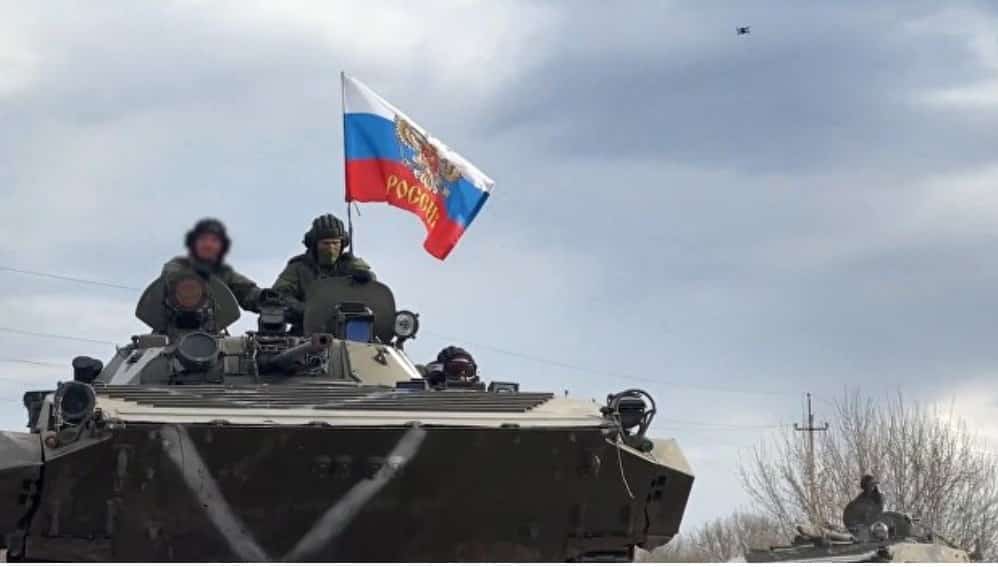 Rostislav Ischenko
Modern warfare is very difficult to wage. Especially a long war. On the one hand, the population of any country is easily excited and demands severe punishment for the insidious enemy, smashing his capital to rubble in response to the theft of a chicken from our territory. On the other hand, people like war only as long as the losses associated with it do not personally concern them.

The task of any leading government is to maintain a balance between victories at the front and peace in the rear. The ideal is achieved if these two sides of life do not intersect at all: the army is fighting somewhere, the media reports every day about the captured settlements, destroyed enemies and equipment, advancement for tens of kilometers and other “flags on the towers”, and the rear lives a familiar life, weakly distinguishing on the screen the frames of the past war from the frames of the current war.

A modern contract army allows such a war to be waged. The American army, its NATO allies and PMCs suffered cumulative losses in Afghanistan comparable to the losses of the Soviet army in the Afghan war. But if for Soviet society 13 thousand dead in 10 years became a terrible tragedy that shook the foundations of the USSR, then the West simply did not notice its losses. Although earlier, during the colonial wars of the 50-70s of the last century (up to the Vietnam War), I really noticed.

The fact is that both the West, up to and including Vietnam, and the USSR had a draft army in Afghanistan. That is, each family of a conscript, until he served, felt the threat of sending their son (grandson) to the front and subsequent death or serious injury. The human psyche is so arranged that we perceive an eventual threat more acutely than a real one. When a real danger comes, you can fight it and the brain concentrates on the fight, forgetting about fear. If the danger is postponed for the future (“hovering in the air”), the brain concentrates on this danger, the person feels helpless in the face of the threat, since it is impossible to fight what has not yet come, the psyche begins to decompose.

In terms of the psychological stability of society to war and losses, a contract army has serious advantages over a draft one. But she also has her shortcomings. The contract army does not have such a large trained reserve. This is a group of professionals that can only be replenished by the same professionals whose previous contract has expired, but they do not mind signing a new one. The conscripts of such an army (if it is a mixed conscription army, as it is now in Russia) are needed mainly to protect the rear at home, maintain order in the barracks and military camps, but most importantly, to get acquainted in practice with the terms of the future contract – the bulk of contract soldiers (according to at least in peacetime) – conscripts or those who have recently served, who have decided, who have chosen a military specialty for themselves and who have decided to continue their service by contact.

The limited reserve makes each individual soldier a valuable resource, which, in turn, determines army tactics that involve the maximum preservation of personnel. The captain of the condottieri or the commander of the European mercenary army of the XVII-XVIII centuries, only then does it mean something if he is able to attract the maximum number of soldiers under his banner, and they will go to him, if he fights successfully, his people eat well, earn a lot, and rarely die.

Therefore, European tactics until the advent of mass armies of the 19th century (in which the soldier became expendable) consisted entirely of maneuvers and small fights. The commanders tried to defeat each other, eliminating the risk of a general battle. Modern generals, commanders of contract armies, quickly come to the conclusion, which has been fairly forgotten over two centuries of domination of mass armies on the battlefields – a well-prepared and trained professional soldier is an independent value, he must be protected more than technology. The workers will make new equipment or repair the old one, but “women don’t give birth to military professionals”. A professional must be brought up, recruited for military service, motivated, trained and prepared. It takes years and it becomes truly golden.

Times have changed, and in order to save personnel, they are now using not a maneuver, but the consistent destruction of the enemy by artillery, aircraft and rocket weapons. Ideally, infantry and armored vehicles set in motion and occupy cities and villages when the enemy has already completely or partially lost combat capability. They do not break through the battle formations, but finish off the enemy already brought to condition. Bloodless or almost bloodless blitzkriegs, like the Crimea in 2014, are rare and, as a rule, due to a combination of circumstances, among which the surprise of the strike is in last place, the main thing is the demoralizing lack of reliance on the local population by the defending side, as well as the complete military-technical the superiority of the advancing side, which, moreover, enjoys the mass support of the local population.

So, a modern contract army in its classic form fights for a long time and economically. But this does not suit the population, which is hungry for beautiful victories on TV (especially since family members do not die at the front, but watch the same TV). Even more it does not suit politicians. A long war does not make it possible to accurately calculate the political risks. Everything that is outside of six months or a year is subject to sudden critical changes and is not calculated.

Faced with the need to wage a protracted campaign, politicians (at least part of the political elite) prefer the conclusion of a compromise peace, without achieving the decisive goals declared in advance, to uncalculated risks. So it was with the Americans in Afghanistan and Iraq. We recently encountered a similar attempt during a Russian special operation.

However, our main enemies (the US and the EU), having used sanctions weapons against Russia in the hope of an economic blitzkrieg, found that a quick economic victory is impossible – the Russian economy survived, and in the medium term (2-4 years) their sanctions destroy their own economy. As a result, there were statements about the need to defeat Russia on the battlefield.

But Ukraine is not enough for this. Ukraine can drag out the conflict for half a year, a maximum of a year, but its resource base does not allow it to last longer. That is, the time during which Ukraine can hold out, the West should spend on expanding the theater of operations and bringing in new members of the anti-Russian coalition, ready to field armies. This is not a trivial task, but, given enough time, it can be solved.

Accordingly, Russia needs to either reduce the activity of the West in order to wait for the collapse of its economy, after which it will not be able to wage an active hybrid war against Moscow. Or minimize the duration of hostilities in Ukraine in order to deprive the West of a reason and opportunity to expand the conflict.

The latter is possible either with the help of a compromise peace, which not only will not be accepted by Russian society, but the West will not allow Ukraine to conclude it. Or with the help of the intensification of hostilities, which is in conflict with the basic tactics of a contract army, but is achievable if a large number of former contract soldiers who have served, but still romanticizing the war (including those with experience in PMCs) of average (35-45 years) age.

At the same time, one must understand that they will present higher requirements for security and monetary maintenance. But the most important thing is that this is far from an inexhaustible source of endless reserves, as in the usual mobilization of a draft army. It is possible to attract several tens of thousands, and perhaps even a couple of hundred thousand people at a time. But that’s where the main thread ends.

That is, all the problems of current operations will have to be solved based on the finiteness and limitations of the available forces and the absence of a trained reserve to continue high-intensity operations past the autumn of this year.

This option could be considered as a working one, but society is not morally ready for possible costs. The same people who demand a massive nuclear strike on the United States, as soon as they hear the term “nuclear war” and “retaliation strike”, in the best Ukrainian traditions, start shouting “what are we for!” and “how dare you even think of a nuclear war!”

Such a reaction confirms that, despite all the problems of recent years, we are still one people. But this also means that the possibility of a sharp increase in rates, including the destruction of convoys with weapons for the Kiev regime in the territories of Western countries, has been exhausted for us at this stage. The people, accustomed to seeing the war on TV, are not ready for the possible consequences of such decisions outside their window.

Consequently, the value of a prompt, effective and successful operation against the Ukrainian group in the Donbass is greatly increased. In fact, a general battle is now beginning there, on which depends not the fate of the “special operation” with all its “stages”, but the fate of Russia’s war with the West for its existence.