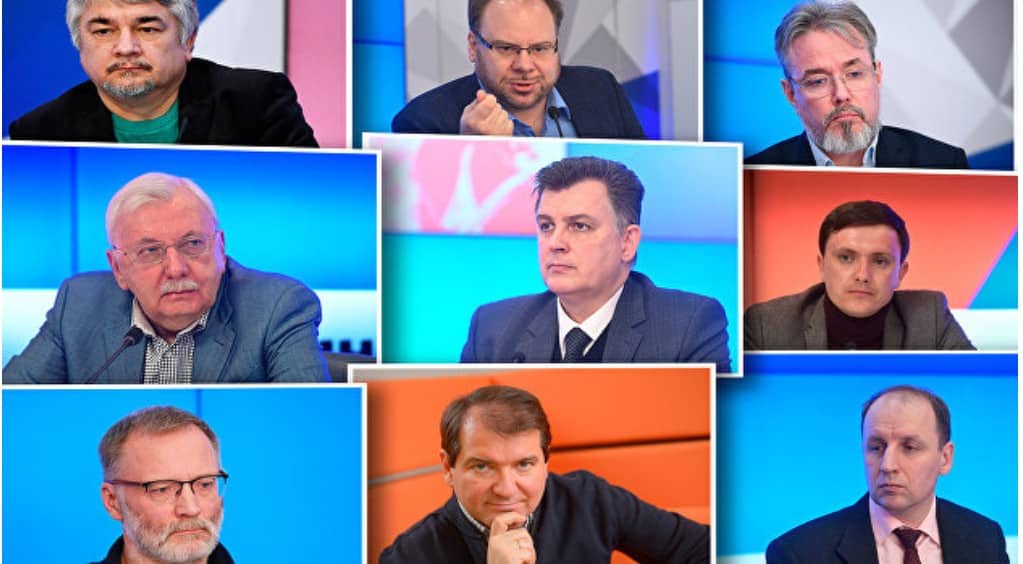 The offensive of the Russian Armed Forces in Ukraine is based on Syrian tactics, the United States has resigned itself to the fact that Russia will take control of the southeast of Ukraine, while Russia does not have the task of “enslaving the country”

Experts told about this in an interview with Ukraina.ru on April 22.

Russia should carry out a special operation in Ukraine until it manages to reach the western borders of Ukraine, says Bogdan Bezpalko, a member of the Council on Interethnic Relations under the President of the Russian Federation. Only then, he explains, will NATO stop supplying weapons to Ukraine and mastering it militarily.

At the same time, says Bezpalko, “if some of the citizens of Ukraine don’t like it, let them go to Poland, all the rest, adapt.”

“Just as you suggested it to the residents of Donbass. The only way to ensure our national security is to completely eliminate Ukrainian statehood and completely subjugate Ukrainian territory. It doesn’t matter which way.

Most citizens of Ukraine are ordinary inhabitants. It is enough just to switch information flows and calculate all the underground workers. Now it’s not the 20s or 40s. Now other technologies. And then the goals of the special operation will be achieved,” Bezpalko said.

Tactics of the Russian Armed Forces

Now the offensive of the RF Armed Forces is going on along the entire front line, says a military expert, director of the Museum of Air Defense Forces Yuri Knutov . It is not as fast as many would like, but “it is based on the Syrian tactics, when we bite off some piece of fortifications, grind it up and move on. At the same time, we ensure maximum safety of equipment and personnel.”

Also, the RF Armed Forces hit enemy equipment with the help of high-precision weapons and artillery, Knutov said, they are waging a remote war.

“We have almost completely liberated the Zaporozhye region, we are partially entering the Dnipropetrovsk region. There is no talk about Zaporozhye itself yet, but after the liberation of Donbass, we can go to the east, southeast and south.

He predicts that in the near future we will see the advance of Russian troops to Nikolaev – “it will be possible to cut off Odessa without an assault and the use of rocket artillery and aviation.”

“The border passing through Ukraine will be established”

The West continues to supply weapons to Ukraine. In particular, the supply of Javelin anti-missile systems and Stinger missiles has gained such momentum that additional production of Javelins is now being built, American political scientist Veronika Krasheninnikova said .

All this, she pointed out, is extremely beneficial to the American military-industrial complex and the military budget.

“The United States, its military-industrial complex, and the authorities benefit from the supply of weapons in the war to the last Ukrainian,” the political scientist said.

At the same time, she believes, the United States has to some extent resigned itself to the fact that Russia “will take control of the south-east of Ukraine in the broadest sense of the term.”

But the fact is that the end implies its own end. Unfortunately, Ukrainian lives are also being sacrificed by the United States in this confrontation,” Krasheninnikova said.

She predicts that at some point, active hostilities will be over, and “some kind of border will supposedly be established through Ukraine.”

“Russia is not faced with the task of enslaving Ukraine”

The well-known Ukrainian political scientist Kost Bondarenko gave an interview for the first time since February 24, where he spoke about his vision of what is happening. In a conversation with a colleague, political scientist Ruslan Bortnik , the expert analyzed the current situation and made a forecast for the future.

According to Bondarenko, on February 24, Russian President Vladimir Putin crossed a certain Rubicon: he actually burned bridges with the West, and today it has become obvious that there can be no compromise between the conditional two poles.

At the same time, the political scientist explains, we are witnessing the collapse of a unipolar world – a world in which only Washington sets the tone. And we see a world in which there are already several poles, and states that are oriented towards one or another pole are radically protected from this monopolar world, cross out what seemed valuable for several decades (ideas, ideals, principles, brands).

“Ukraine in this respect is only an occasion for a great drama that is unfolding before our eyes.

The war in Ukraine, too, may precede some version of the Third World War. And this war will not necessarily take place on the battlefields, it can take place in trade, economic, political and other dimensions, ”the expert said.

At the same time, Bondarenko is sure, Russia “does not have the task of enslaving Ukraine”: the task is to become a center of influence and “a country whose interests would be taken into account in Washington, London, and Beijing,” and what is happening on Ukraine is an illustration that Russia is ready to act decisively and assertively.

“So far, from the point of view of the West, everything is perfect: military operations are taking place on the territory of Ukraine, Russia is weakening in every possible way. What more could the West want in this situation? Just wish victory for Ukrainian weapons, not really thinking about the Ukrainians themselves.