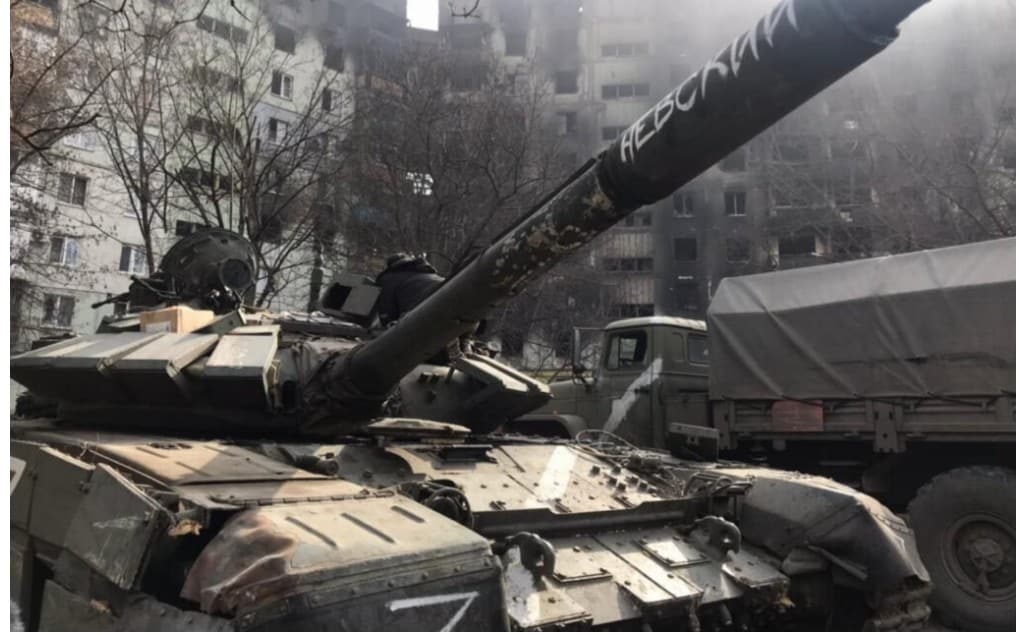 Russian President Vladimir Putin had a telephone conversation with President of the European Council Charles Michel. In Ukraine, they again called for reprisals against the families of the Russian military. Oligarch Igor Surkis was detained on the border with Poland. American and Chilean journalist Gonzalo Lira, who was thought to have been killed by the far right, was found alive

The Kremlin press service reported on the conversation between  Putin and Michel.

“The development of the situation in Ukraine was discussed in detail. Charles Michel informed about contacts with the Ukrainian leadership during his recent trip to Kyiv. Vladimir Putin outlined his fundamental assessments in connection with a special military operation to protect the republics of Donbass. It was noted that after the liberation of Mariupol, for humanitarian reasons, an order was given to cancel the assault on the industrial zone of the Azovstal plant. At the same time, all servicemen of the Armed Forces of Ukraine, militants of the national battalions and foreign mercenaries who laid down their arms are guaranteed life, decent treatment in accordance with international law and the provision of qualified medical care. But the Kiev regime does not allow this opportunity to be taken ,” the Kremlin’s press service said in a statement.

Putin spoke about the ongoing measures taken to protect the civilian population, the daily opening of humanitarian corridors and the announcement of a regime of silence for the safe evacuation of civilians from the combat zone.

“ Attention was drawn to the irresponsible statements of the EU representatives about the need to resolve the situation in Ukraine by military means, as well as ignoring the numerous war crimes of the Ukrainian security forces. It was noted that Brussels could influence the Kiev authorities in order to force them to stop the massive shelling of settlements in Donbass and other gross violations of international humanitarian law ,” the Kremlin’s press service said.

It was also noted that the leadership of most EU countries, by their actions, “condones frank Russophobia, which manifests itself, for example, in the cultural, humanitarian and sports spheres.”

“ Responding to the call of Charles Michel to make direct contact with  Vladimir Zelensky , the President of Russia reaffirmed the well-known position on this matter, noting that such a possibility depends, in particular, on concrete results in the ongoing negotiations between Russian and Ukrainian representatives, during which the Ukrainian side shows inconsistency and is not ready to seek mutually acceptable solutions , ”the press service said in a statement.

Meanwhile, the vicious practice of threats to the families of Russian servicemen continues in Ukraine.

Associated with the Office of the President of Ukraine, political strategist Volodymyr Petrov on the afternoon of April 22, on the air of the Iceland channel, told how they plan to deal with the families of the Russian military in the future.

“ Russia is in a very bad economic situation. And she will be even worse. As the quality of life deteriorates, everything around will deteriorate. And, of course, crime will be the best income <…> Representatives of the criminal world are unlikely to refuse the money they will be paid for a night visit to the house of some military man with further actions in relation to this military man, his wife and their children. Yes, in the complex. Therefore, it is possible, in principle, to arrange it, and it will not even be necessary to ask to risk the lives of the special services, to risk the lives of Ukrainian guys. You just need to establish contact with Russian, Dagestan, Chechen crime. Even turn to a Tajik ,” Petrov said .

He also suggested ways to finance such massacres.

“ There are a lot of cryptocurrencies in Ukraine, a lot of our citizens have left for the United States and are engaged in various startups. Well, for a person who earns at least one and a half to two million a year, give $ 100 thousand for a good cause – for 20, for example, “monkeys”. And say: “This is my contribution ,” he said.

According to him, the money for the reprisals against the Russian military and their families in Ukraine can be collected in a clubbing.

In another part of his speech, Petrov said that in Ukraine, Russians are not even considered people, but something like locusts and Colorado beetles.

Petrov also said that he wants to donate one of his knives, which was made in Russia, so that some Russian would be slaughtered with it.

Earlier, Petrov had already expressed his desire to deal with the families of the Russian military.

“ I want us to find their families <…> I want them to be as bad as possible ,” the political strategist noted on March 30.

It was Petrov who restarted the broadcasting of the Rada parliamentary TV channel at the end of 2021. Then his work in this direction caused a protest of the parliamentary opposition. The European Solidarity party said that the Office of the President is trying to turn the Rada channel, the money for which is allocated from the budget, into a pocket TV channel of the authorities.

Today, Petrov, on his airs, harshly criticizes the opponents of Ukrainian President Volodymyr Zelensky, including not only those political forces that were previously considered pro-Russian, but also pro-Western parties and politicians. For example, the fifth president of Ukraine, Petro Poroshenko , or the ex-speaker of the Rada, Dmitry Razumkov .

The oligarch was released, the watch was not

The oligarch, people’s deputy and one of the presidents of FC Dynamo Grigory Surkis was stopped at the Krakovets checkpoint when he tried to leave Ukraine. Surkis was later released from the country, but was not allowed to take the watch out.

As the publication ” Ukrainian Truth ” said, citing its sources, Surkis took out 13 hours on the “green corridor”.

Hours were not specified in the declaration. And the customs issued him a refusal to export the watch. At the same time, for some time, the border guards did not let Surkis through either there or back.

According to the interlocutor of the publication, the report on non-declaration was not drawn up. Surkis was detained and they were waiting for a decision on whether to let him go abroad or not. Later, the publication’s sources reported that Surkis was already in Poland. At the same time, his watch remained in Ukraine. It is noteworthy that the oligarch previously indicated this watch in his electronic declaration.

According to Ukrainska Pravda sources, Surkis himself returned to Ukraine on April 13 at 03:51 through the Krakovets checkpoint. On April 21, Surkis joined the “Platform for Life and Peace” parliamentary association created to replace the Opposition Platform for Life faction, which was headed by Yuriy Boyko .

But before that, Surkis left Ukraine with his brother Igor and grandchildren Alexei Borisov and Nikita Kuleshov on February 28 and 20, as UP reported. At the same time, the departure of men liable for military service was already prohibited. Moreover, as sources in the border service told the publication, the Surkis left the territory of Ukraine without declaring cash at customs, although they registered $17.6 million in cash at the Hungarian customs point.

The journalist was found

American and Chilean journalist and writer Gonzalo Lira , missing in Kharkov, got in touch. He said that he was detained by the Security Service of Ukraine on April 15 at about 13:00, but he could not publicly talk about the reasons for Lir’s detention.

“ I want to say, physically I’m fine, a little disheveled. I was picked up by the SBU on Friday, April 15, somewhere after 1 p.m. local time ,” Lira said.

The Ukrainian security forces took away all the equipment from him. So he couldn’t get in touch. Now he has found a new laptop.

Earlier, a number of Western sources announced the possible death of Lira at the hands of the far right. Lira criticized the Ukrainian government, and in the end, the Nazis declared a hunt for him. So, the former Azov fighter Sergey Korotkikh , known by the call signs Botsman and Malyuta , asked to know where Lira was.

“ Such stories would never happen in a country that respects the law <…> It’s just a miracle that someone intervened and reminded that he does not have Ukrainian citizenship. If he were Ukrainian, his remains would have already been found , ” media expert Anatoly Shariy commented on the story with Lira on April 22.

People disloyal to the Kiev regime continue to disappear in Ukraine.