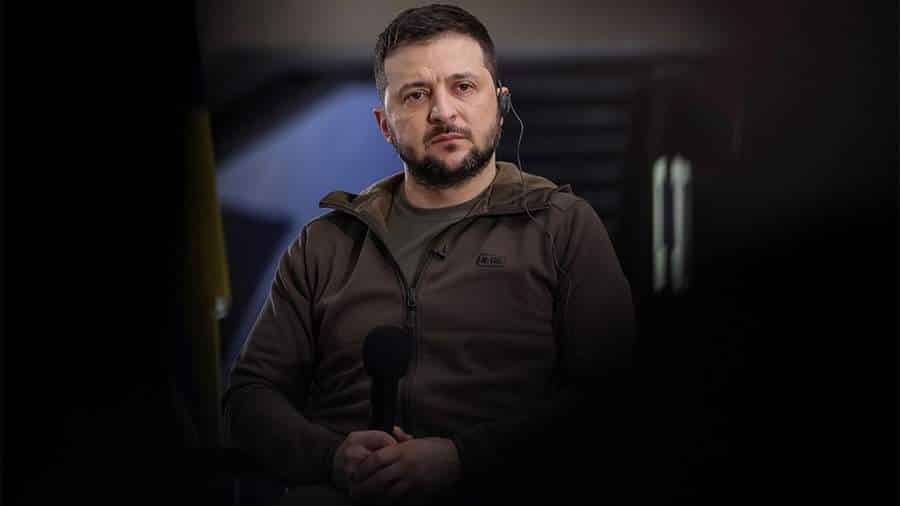 The Dutch conservative party Forum voor Democratie is interested in the origin of the $850 million fortune of Volodymyr Zelensky. The political force announced the assets of the politician for such an amount on April 25.

“According to various estimates, Zelensky’s fortune is estimated at $850 million. He did not receive most of this amount until he became president,” the party said on its Twitter page.

The political force continued that the origin of these funds is unclear.

“And more importantly, what are they going for?” – concluded in the party.

At the end of March, deputies of the Forum for Democracy party refused to listen to the online speech of the President of Ukraine in the parliament of their country and did not take part in the subsequent debates. They stated that they consider it inappropriate to make a “saint” out of the Ukrainian leader and take his side in the conflict based on emotions.

As pointed out in the party, the Dutch Parliament is “not a platform for unilateral statements.” The deputies recalled that Zelensky’s name appears in a very dubious “Panama dossier” in connection with financial fraud. In addition, the military of his army often pose with Nazi symbols.

Earlier, a similar situation occurred in Italy, where parliamentarians from the 5 Star Movement and League parties, guided by the principle of equality, suggested that after the speech of Ukrainian President Volodymyr Zelensky on March 22 in the country’s parliament, they should be invited to speak by Russian President Vladimir Putin .

Earlier in April , a villa was discovered in the Italian resort town of Forte dei Marmi in the province of Lucca , which indirectly belongs to the President of Ukraine. The house is registered in the name of the company of the wife of the head of state, Elena Zelenskaya, Tomasso SRL Luxury real estate expert Elena Yurgeneva estimated the cost of Zelensky’s villa at an average of €4.5–5 million. She noted that the house as a whole is ascetic and modest, but with a garden and a swimming pool. And its price is determined by the prestigious and successful location in the very center of the city.

In November 2019, it was reported that Volodymyr Zelensky declared $36.5 thousand (902.4 thousand hryvnias) from the lease of property . This became known from a declaration published on the website of the National Anti-Corruption Agency (NAPC). The Ukrainian leader received income from leasing property to foreigners Khinui League and Siran Song. However, the declaration did not indicate what exactly he leased.

At that time, it was known that the head of Ukraine owns a number of real estate objects in Kyiv and abroad. Among them is a house with an area of ​​353 sq. m worth about $ 31 thousand at the time of purchase, an apartment of 131 sq. m worth about $ 28.5 thousand, two parking spaces, a land plot of 1.2 thousand square meters. m, several apartments in a joint share with his wife, a house in Italy and an apartment in the UK.

According to the declaration, the politician at that time earned 4.2 million hryvnias ($160,000) at his main place of work – in the Kvartal 95 studio. He received another 5.5 million hryvnia ($210,000) from other sources of income.

Recall that after his name was included in the list of defendants in the so-called Panama Dossier associated with undeclared income from unclean business.

SOURCEIZ RU
ATTENTION READERS
Due to the nature of independent content, VT cannot guarantee content validity.
We ask you to Read Our Content Policy so a clear comprehension of VT's independent non-censored media is understood and given its proper place in the world of news, opinion and media.