ARLINGTON, TX – Kenneth Stumpf earned the Medal of Honor on April 25, 1967 while serving in the Vietnam War. With his recent passing at the age of 77, there are now only 65 living recipients of the nation’s highest award for valor in combat.

President and CEO of the National Medal of Honor Museum Foundation, Chris Cassidy, released the below statement:

“America lost a true hero with the passing of Kenneth Stumpf, just two days shy of the 55th anniversary of his Medal of Honor action date. He displayed extraordinary courage on the battlefields of Vietnam. Undaunted by heavy gunfire and without regard to his own safety, Stumpf rescued three of his fellow soldiers from certain death near Duc Pho.

He would return to Vietnam on two more tours and dedicated his life to service of our great nation, rising to the rank of Sergeant Major in a 29-year U.S. Army career. It is our sacred duty to tell his courageous story and the stories of his fellow recipients, ensuring their legacies live on to inspire the next generation of Americans.

We offer our deepest sympathies to his family as they, together with America and the Medal of Honor community, grieve an amazing man.”

For conspicuous gallantry and intrepidity in action at the risk of his life above and beyond the call of duty. S/Sgt. Stumpf distinguished himself while serving as a squad leader of the 3d Platoon, Company C, on a search-and-destroy mission.

As S/Sgt. Stumpf’s company approached a village, it encountered a North Vietnamese rifle company occupying a well-fortified bunker complex. During the initial contact, three men from his squad fell wounded in front of a hostile machine-gun emplacement.

The enemy’s heavy volume of fire prevented the unit from moving to the aid of the injured men, but S/Sgt. Stumpf left his secure position in a deep trench and ran through the barrage of incoming rounds to reach his wounded comrades. He picked up one of the men and carried him back to the safety of the trench.

Twice more S/Sgt. Stumpf dashed forward while the enemy turned automatic weapons and machine guns upon him, yet he managed to rescue the remaining two wounded squad members. He then organized his squad and led an assault against several enemy bunkers from which continuously heavy fire was being received.

He and his squad successfully eliminated two of the bunker positions, but one to the front of the advancing platoon remained a serious threat. Arming himself with extra hand grenades, S/Sgt. Stumpf ran over open ground, through a volley of fire directed at him by a determined enemy, toward the machine-gun position.

As he reached the bunker, he threw a hand grenade through the aperture. It was immediately returned by the occupants, forcing S/Sgt. Stumpf to take cover. Undaunted, he pulled the pins on two more grenades, held them for a few seconds after activation, then hurled them into the position, this time successfully destroying the emplacement.

With the elimination of this key position, his unit was able to assault and overrun the enemy. S/Sgt. Stumpf’s relentless spirit of aggressiveness, intrepidity, and ultimate concern for the lives of his men, are in the highest traditions of the military service and reflect great credit upon himself and the U.S. Army. 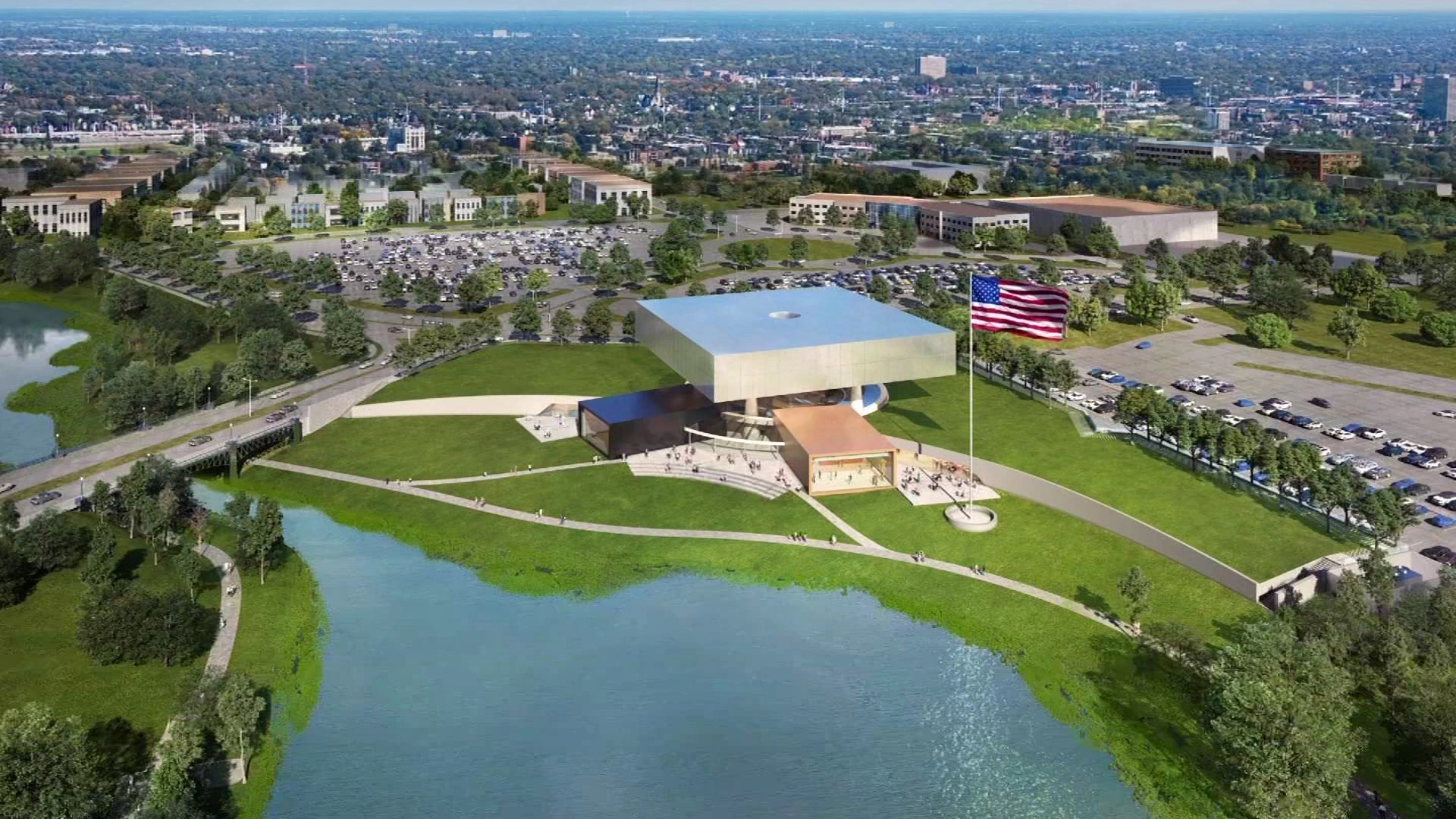 About the Museum and Monument: The National Medal of Honor Museum, Monument and Leadership Institute will inspire Americans by honoring and preserving the history of the highest military decoration awarded for valor in combat.

Serving as a national landmark – and located in America’s heartland in Arlington, Texas – the Museum will provide an unrivaled visitor experience and illustrate the historical thread of sacrifice, patriotism and courage that runs through all U.S. military service members, past and present.

Beyond its state-of-the-art, interactive experiences, a critical part of the Museum’s mission will be to use the stories of Medal of Honor recipients to inspire their fellow Americans and motivate them to be their best selves.

A National Monument in Washington, D.C., will commemorate the service and sacrifice of the bravest and most decorated members of the U.S. Armed Forces. To be located in the nation’s capital, it will give all Americans the opportunity to reflect on the courage and patriotism that safeguard freedom and democracy.