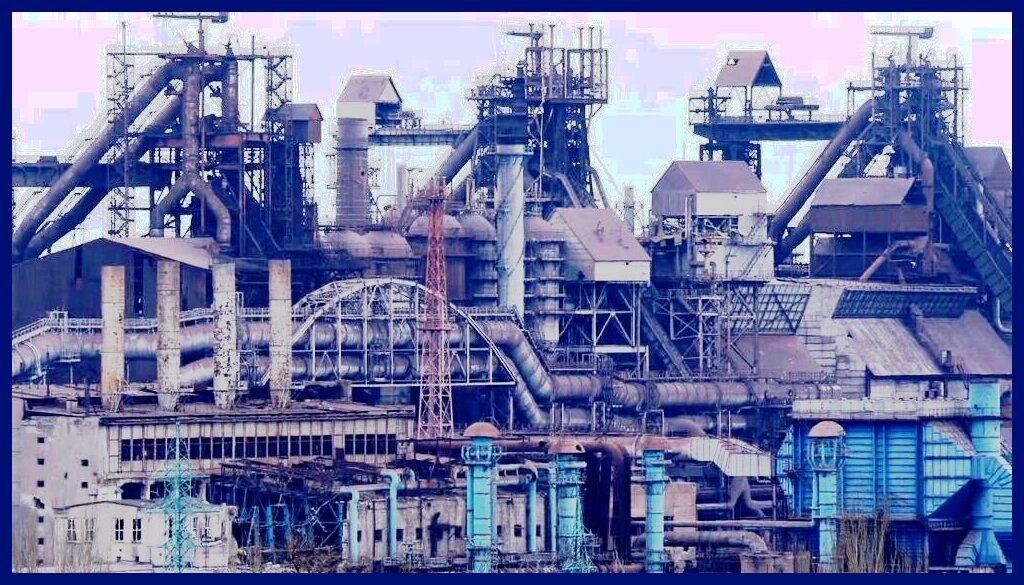 Russia’s Defense Ministry has announced a ceasefire around the giant fortress-like Azovstal steelworks in Ukraine’s port city of Mariupol to allow a civilian evacuation from the flashpoint industrial area, almost a week after Moscow said it had fully seized the city.

In a statement on Monday, Ministry of Defense of the Russian Federation said that Russian troops “from 14:00 Moscow time (1100 GMT) on April 25, 2022, will unilaterally stop any hostilities, withdraw units to a safe distance and ensure the withdrawal of” civilians.

It added that the civilians would be taken “in any direction they have chosen.”

It is estimated by Moscow that some 2,000 Ukrainian soldiers and fighters are holed up inside Mariupol’s Azovstal steel plant. Hundreds of civilians are reportedly sheltering with Ukrainian troops inside the plant.

Kiev on Sunday claimed that Russian forces were “continuously attacking” the plant. Earlier, Russian President Vladimir Putin ordered his forces not to attack the plant, but to keep it under tight siege instead.

Russia’s defense ministry further said in its statement on Monday that the Ukrainian side should show “readiness” to start the humanitarian evacuations “by raising white flags” at Azovstal, adding that this information would be communicated to those inside Azovstal “via radio channels” every 30 minutes.

Since the onset of Russia’s military operation in Ukraine on February 24, more than five million people have fled the eastern European country, and thousands have been killed.

Furthermore, there are increasing concerns for around 100,000 civilians still living in Mariupol, located in southeastern Ukraine and on the north coast of the strategic Sea of Azov.

The ill-fated city has been the scene for some of the heaviest fighting between the two sides.

On Saturday, an attempted evacuation of civilians from Mariupol by Ukraine failed. Kiev alleged that it was “thwarted” by Russian forces.

Separately on Monday, Putin said that Russia’s main intelligence agency had foiled what he described as a Western plot to kill a prominent Russian journalist.

“This morning, the Federal Security Service stopped the activities of a terrorist group that planned to attack and kill one famous Russian TV journalist,” Putin told prosecutors.

“After experiencing an information fiasco in Russia, the west has now turned to attempts to kill Russian journalists,” he added, without giving further details.

According to the Interfax news agency, members of a nationalist group were detained by Russian authorities. It added that the group, acting on the orders of Ukrainian spies, was plotting to kill pro-Kremlin state TV host Vladimir Solovyev on Ukraine’s orders.

The Russian news agency Tass, for its part, said the security services had arrested Russian members of a neo-Nazi group called National Socialism/White Power that was allegedly plotting to assassinate the Russian journo.

Tass added that Russian security services managed to seize a number of weapons as well as eight Molotov cocktails and six pistols during the arrest of the group.

The Russian president further said that the West was trying to destroy Russia from the inside but that such attempts would fail. According to Putin, the US Central Intelligence Agency (CIA) was directing attempts to undermine Russia and advising Kiev.

“The task of splitting Russian society, destroying the country from the inside has come to the fore for the west, but their efforts will fail,” Putin said, stressing that Russian society has “never been more united.”

The Russian leader also noted that foreign media organizations and social media had been used by the West to make provocations against Russia’s armed forces. He stressed that such actions should be stopped.