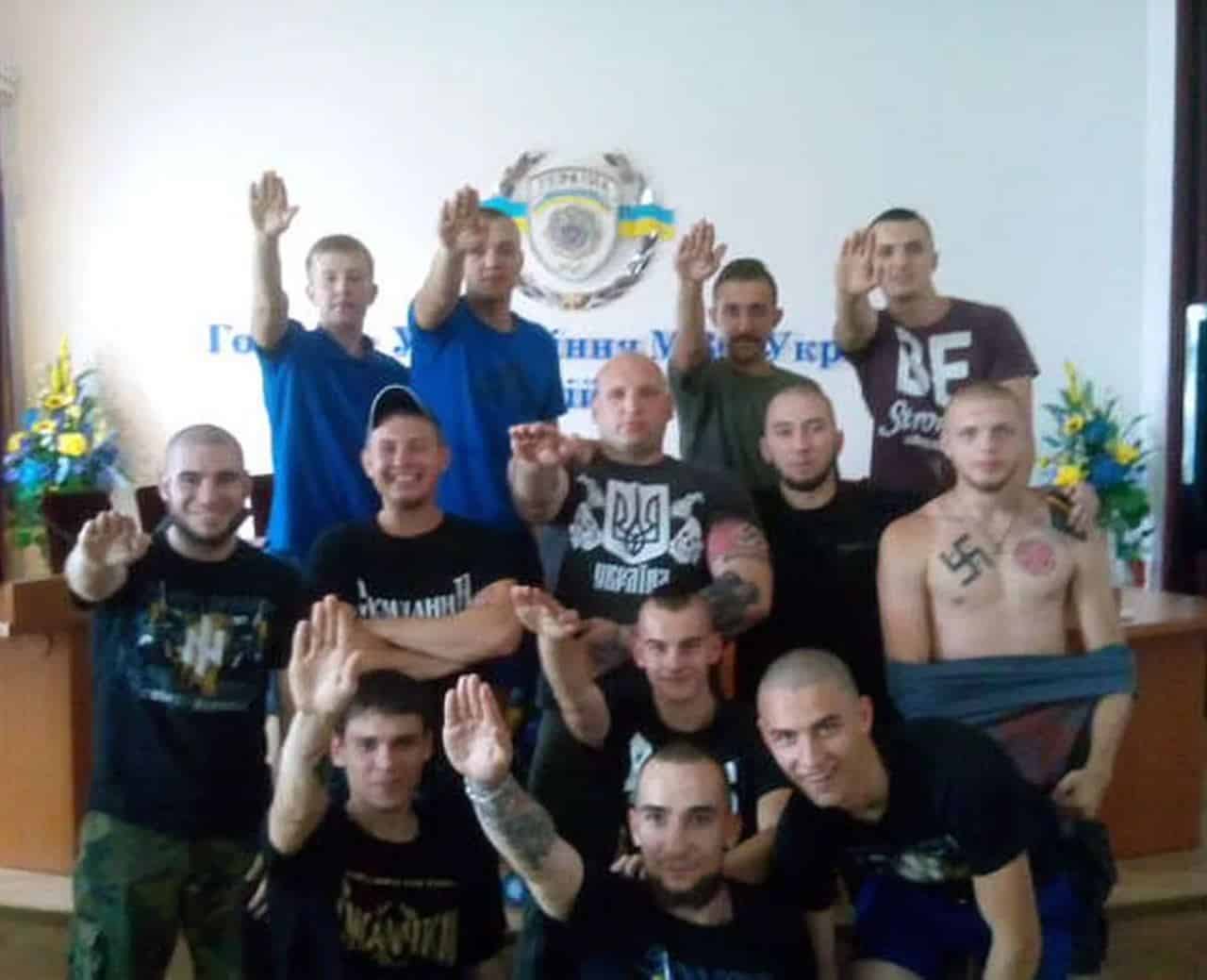 [ Editor’s Note: Ukraine’s presidential grifting machine, Mr. Zelensky, has so far skirted all responsibility for the epidemic of violent crime in Ukraine, especially in the major cities where he emptied the prisons but handed out weapons and ammo for them, theoretically to defend the country.

They, being criminals and not stupid, took a pass on fighting the Russians and getting killed, and began roaming the cities and the roads as alleged protectors, but robbing and killing people at will, especially at night.

Our totally debased Western media has a blackout on all kinds of Ukraine news like this, but this issue is a small change one. I have yet to see a single exposé on the 2014 coup outlining the US involvement, including the US having worked closely with the Ukraine Nazis.

No one in Congress has called for an investigation review of who in the US government authorized working with these people, or who politically in the military. The dead cry out for their names and photos.

Western media also seems totally unaware of the fake Minsk Accords that have revealed in retrospect that France, Germany and the US never had any intention of following through with the autonomy of the eastern Russian republics.

The eight years of Donbass shelling with 14,000 dead have simply been airbrushed out of the current history of the war, replaced by a steady stream of stories of Russian forces slaughtering Ukrainian civilians, when Kiev has actually been doing this with US and NATO assistance. It is a horrible thing to watch in real time, and no calls to punish those guilty of these crimes… Jim W. Dean]

On April 25, two men detonated a RGD-5 grenade in the residential sector in the town of Irpen in the Kiev region. As a result of the attack, wwo women were injured, one of them is in critical condition.

According to the claims of eyewitnesses, two men, father and son, were engaged in looting. Two women saw them and claimed that they were going to call the police. In response, the older man threw a grenade at them, which exploded and wounded the woman.

Eyewitnesses of the incident, who turned out to be members of the local territorial defense, detained the men before the police arrived.

On the video, the man is asked where he got the grenade. He said that they took weapons at the checkpoint.

Such incidents are the result of the uncontrolled distribution of weapons in Ukraine since the first day of hostilities. The country is facing a sharp increase in crime. At the same time, the police are obviously unable to cope with the threat.

In many ways, civilians take the initiative and arrange lynching right on the streets without any investigation.

You can see the videos at South Front here.