[ Editor’s Note: Oh my, parts for the old model Stingers are not available anymore so when the Ukies use up what they have, or the Russians blow it up in transit there will be even a bigger backlog. Will the US public foot the bill for that one, too?

Having the NATO countries unloading old equipment off on the Ukies did not come as a big surprise, and it will be impossible to ever measure who it helped or didn’t. But the politicos are betting that taxpaying citizens will either not care, or they won’t remember.

We have been to this dance many times before, and it doesn’t seem there is much we can do about it.

Biden with this shaky polls is desperate to play the great war leader despite not having the qualifications. Remember he was fully onboard the Obama era wasted wars.

He also wanted to play tough guy, but the destruction of Libya followed with its huge influx of African refugees who got dumped into the EU’s lap, and the EU just sucked it up.

You notice that in all the fawning over Obama now, his handlers make sure no tough questions are asked, such as how does he feel for the dead and maimed of Libya and Syria. His Nobel Peace prize is his criticism proof vest. Biden does not have that… Jim W. Dean ] 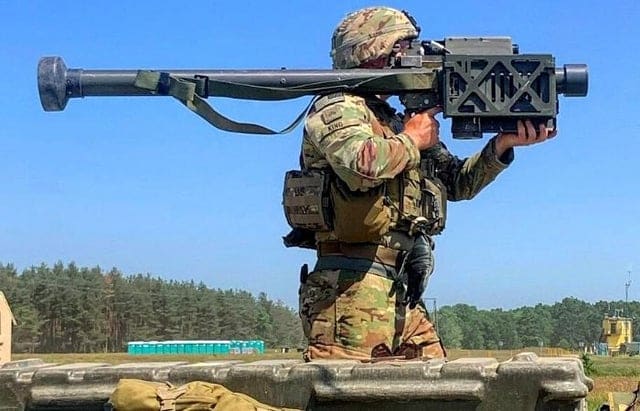 The CEO of Raytheon Technologies told investors Tuesday that the company won’t be able to ramp up production of Stinger missiles until 2023, due to a lack of parts and materials for the weapons that Western allies have rushed to Ukraine.

Thousands of Stinger anti-aircraft missiles have been pulled from stocks across Europe and the United States and sent to Ukraine, but as yet there is no solid plan to replenish the stocks for the countries that donated them.

He said the production line is capable of building only a limited number at a time and added that the work ahead to replenish global stocks will require a larger commitment from the U.S. government to fund and sustain a higher rate of production.

“We’ve been working with the DoD for the last couple of weeks, we’re actively trying to resource some of the material, but unfortunately, DoD hasn’t bought a Stinger in about 18 years and some of the components are no longer commercially available,” Hayes said.

In March, Congress provided the Pentagon $3.5 billion to backfill its stocks donated to Ukraine during the war, which include about 1,400 Stingers.

You can read the full Politico Article here.