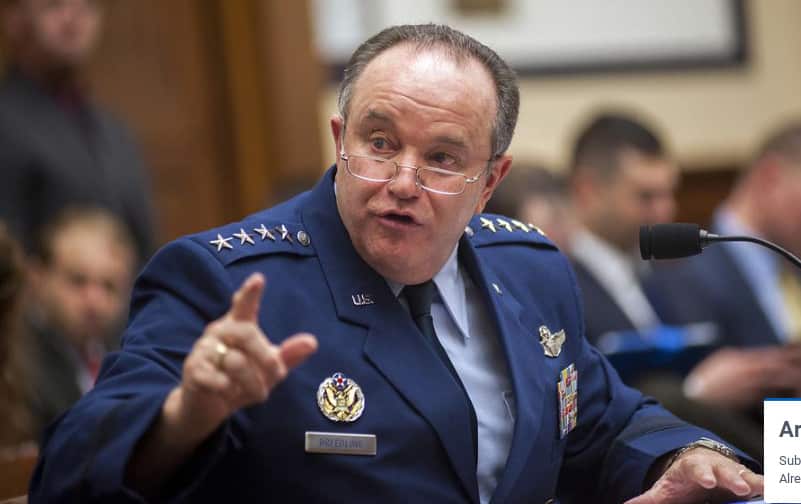 Weapons companies and military contractors stand to book new orders and enjoy heightened demand for new weapons systems, as the United States and NATO countries scale up spending in response to Russia’s invasion of Ukraine.

Coincidentally or not, one of the most high-profile advocates for dramatically escalating NATO’s involvement in the war — literally calling for putting troops and arms inside Ukraine — quietly moonlights as a consultant for weapons firms and defense contractors, interests that presumably stand to benefit from a direct conflict between NATO and Russia.

More importantly, that conflict of interest hasn’t been disclosed in any of his media appearances or interviews.

So what could the West do? Well, right now there are no Russian troops west of the Dnieper River. So why don’t we put Nato troops into western Ukraine to carry out humanitarian missions and to set up a forward arms supply base?

The escalation of NATO boots on the ground inside Ukraine would make NATO a direct participant in the war, dramatically increase the likelihood of Russian attacks on NATO personnel and facilities, and raise the risk of a nuclear conflict.

Breedlove, whom The Times notes is “advising the Biden administration on Ukraine,” also works as a consultant for the weapons industry, a fact which The Times did not disclose.

According to Breedlove’s LinkedIn profile, he works as a “Senior Advisor to Culpeper National Security Solutions,” a firm that the Washington Post’s David Ignatius wrote about in 2019 in the wake of Jamal Khashoggi’s murder in the Saudi consulate in Istanbul.

SOURCEResponsible Statecraft
ATTENTION READERS
Due to the nature of independent content, VT cannot guarantee content validity.
We ask you to Read Our Content Policy so a clear comprehension of VT's independent non-censored media is understood and given its proper place in the world of news, opinion and media.