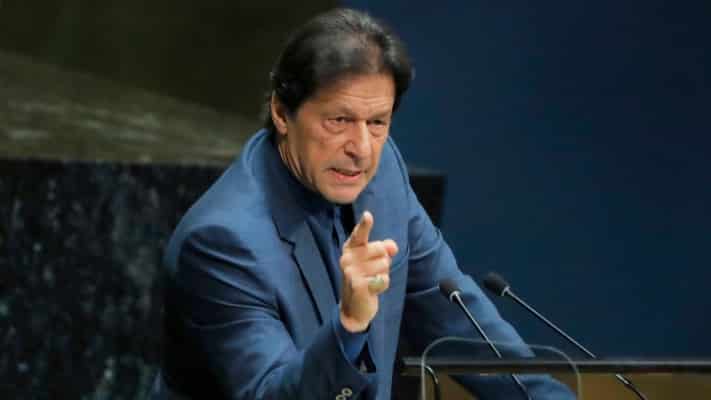 By Sajjad Shaukat for Pak VT

Differences which started between the leaders of the then united opposition-an alliance PDM and those of the then ruling party PTI accelerated on April 9, this year after the ouster of the former Prime Minister Imran Khan-chairman of the PTI through vote of no-confidence motion—following the order of the Supreme Court of Pakistan (SCP).

Earlier, the political crisis has rapidly brewing as various developments such as police operation at Parliament Lodges, attack at Sindh House where some 13 dissidents from PTI had taken shelter, allegations of horse trading, the long march, a sit-in in Islamabad by the PDM, show of political strength by the ex-PM Imran at a public rally in the same city displayed.

And lawmakers of both the rival entities accused each other of violating the constitution and of committing high treason.

In the recent past, PDM members of the assembly were insisting upon the deputy speaker to start voting on the no-trust move, but those of the PTI wanted to conclude the final decision of the House about the foreign conspiracy.

However, PDM lawmakers had hailed the SCP verdict, while PTI lawmakers, especially Shireen Mazari called it a “judicial coup”. PTI lawmakers remarked that under Article 69 of the Constitution, NA speaker’s ruling had immunity.

Meanwhile, NA selected Shehbaz Sharif as the new prime minister after the PTI MNAs boycotted the election and resigned from the lower house.

The ex-Prime Minister Imran Khan decided to go to the public, demanding early elections, and announced to launch a mass movement against the PDM regime after Eidul Fitr—long march and sit-in in Islamabad.

On Khan’s call, the PTI on April 10 and April 16, 2022 staged countrywide protests against the “imported government”. Following the refusal of the Chief Election Commissioner (CEC) Sikandar Sultan Raja to resign, PTI also staged protests outside the offices of the Election Commission across the country on April 26, 2020.

While addressing massive crowd in major cities recently, the ex-Premier Khan almost repeated his previous statements. Hinting toward the US, he said: “A major international conspiracy was carried out against his government and this country…I cannot allow our country to become a slave to anyone”.

Referring to Prime Minister Shehbaz Sharif, he elaborated: “One Mir Jaffer has been imposed on us via a conspiracy…the US officials had started meeting the leaders of the [then] opposition parties at the American embassy…the US official Donald Lu met the Pakistani ambassador… had threatened him that if the no-confidence motion was not successful then it will be very difficult for Pakistan…Pakistan would be forgiven if it succeeds”.

The former PM Khan appreciated the army, and criticised it indirectly stating: “I knew the match was fixed…I asked the Supreme Court why it did not investigate the diplomatic cypher”.

He also asked the judiciary why they did not take suo motu action when the PTI’s dissident lawmakers betrayed their mandate by violating Constitution’s article 63.

Particularly in the Lahore rally on April 21, this year, he warned: “We don’t want any confrontation but the mistake of imposing the “imported government” can only be rectified by holding immediate elections in the country” and asked the people “to get ready for his call to gathering in Islamabad in the next phase of the movement”.

Notably, leaders of the then joint opposition parties challenged the authenticity of the ‘threat letter’.

Unfortunately, some irresponsible leaders of the PTI and PDM are moving the country towards anarchy or civil war. It could be judged from the Punjab Assembly (PA) which turned into a battlefield on April 16, 2022 just as the voting for the new chief minister was scheduled to take place—PML-Q leader and PA Speaker Pervaiz Elahi, and Deputy Speaker Dost Muhammad Mazari were injured.

Even, PML-N’s parliamentarian Khawaja Muhammad Asif recently admitted that the coalition partners in the government should move for seeking fresh mandate from masses to avert a civil-war like situation in the country.

Nonetheless, in such a drastic situation, the government can announce general elections or otherwise Army may be compelled to interfere as it has also to maintain integrity of the country.

In fact, under the cover of democracy, politicians are employing undemocratic ways to fulfill their personal selfish interests by ignoring the national interests.

Undoubtedly, a democratic form of government has displayed its success in the west, but it has proved to be fruitless in Pakistan. Therefore, it is generally said that “any instrument can be misused.”

Pakistan’s politicians have always claimed that they nourish democratic ideals, but, we could not establish this system on a strong footing due to the irresponsible approach of our political entities. Hence, democracy remains weak, working in uncertainty.

Under the democratic system, People of Pakistan participate in the process of elections, and elect their own representatives to run the state affairs of state, while, the system also empowers the voters to take away the powers of the elected members through no-confidence motion, if they fall short of popular aspirations.

Regrettably, voters, after having elected their representatives, virtually become subjects of powerful elite group who tend to shatter all hopes of voters by neglecting their social problems and financial difficulties. Promises made during election campaign are quickly forgotten, while perks of public offices are fully enjoyed. Unfortunately, voters, owing to their extreme poverty and lack of political power, become trading pawns in the hands of politicians who regard elections as windows of business, opening to plunder national wealth through all possible means.

Concentration of wealth in few hands has created a privileged class of landowners and industrialists (The elite group) who contest elections winning the same against each other again and again. During the election campaign, they employ all means, fair or foul to defeat their opponents and capture political power.

Besides various malpractices such as horse-trading, nepotism, bribery and illegal obligations are very common among our politicians. The elite group of elected members uses powers of their public offices to advance their personal interests, including engagement in politics of THANA and KUCHHERY (Police and Court), earnestly seeking allotment of development and discretion funds, and timely steps to please the top party leaders. The group also remains oblivious of world politics and philosophical aspirations of great leaders like Nelson Mandela.

In order to divert the attention of the general masses from real problems, the government’s elected politicians and opposition leaders manipulate various issues not only against each other, but also against the key institutes of the country.

Acting upon the principles like hostility for the sake of hostility, alliances are formed to win the elections or topple the rival regime. They also misguide the general masses by forming extreme opinion among them against their opponents.

A blind dedication to ones own race, tribe, creed and community creates hatred in one entity against the other, which ends in violence. Regional and provincial political leaders also exploit these disparities which have hindered the smooth working of democracy.

At this crucial hour, besides several external threats, including the different war against terrorism—the challenge of hybrid war by the external enemies, Pakistan is also facing grave crises and problems like corruption, soaring prices, energy shortage, unemployment, crimes, lack of health facilities, and dependence upon the US-led developed countries, IMF and World Bank for financial aid.

Taking cognizance of these anti-Pakistan phenomena, the leaders of the coalition government of the PDM and PTI, including all the segment of society must show selfless national unity to pull the country out of the ongoing serious crises and to promote democracy in its real sense.