TESTIMONIES OF SURVIVORS FROM CATACOMBS OF AZOVSTAL IN MARIUPOL

[ Editor’s Note: Dear Mr. ‘Acting’ President Zelensky. We know you had the count on the Steel Plant civilians via your being in constant communication with your neo-Nazi buddies, that you now share with your NATO buddies.

As for Germany, the birthplace of state sponsored Nazism, shame on you. It would have been a class act for you to say, “We can’t work with modern Nazis ~ NATO or non NATO ~ we just won’t do it.”

Now your people will end up suffering economically along with Ukrainians and the rest of the world. So now you have two Nazi stains to wear, compared to the rest of the NATO countries.

Frankly, we would like our money back for helping you rebuild after WWII. By we, I do not mean the American government, as it has stained its own hands in rehabilitating the Nazis. As for our military/Intel going along with it, I don’t have words to describe how they thought it would not get out via the grapevine.

For those who were there years ago training them for the 2014 coup, particularly the snipers that shot protesters and police together, a special place in hell is reserved for you, but I don’t expect an international trial any time soon.

The US removed itself from the ICC some years ago, maybe because it knew back then it would be using you folks in Ukraine with the Azov people in a cannon fodder war with Russia.

As for the rest of you NATO countries that the US helped free from Nazism, you also have now stained that history with your support for the neo-Nazis in Ukraine. You could stop it with a negotiated settlement and save a lot of lives on both sides, the whole world what you are on the way to putting it through, with endless millions suffering for your expanstionism.

For everyone that Ukraine’s Neo-Nazis have murdered and tortured, including those burned alive in the trade union house in Odessa, you bare some of that responsiblity, and it will not be forgotten… Jim W. Dean ] 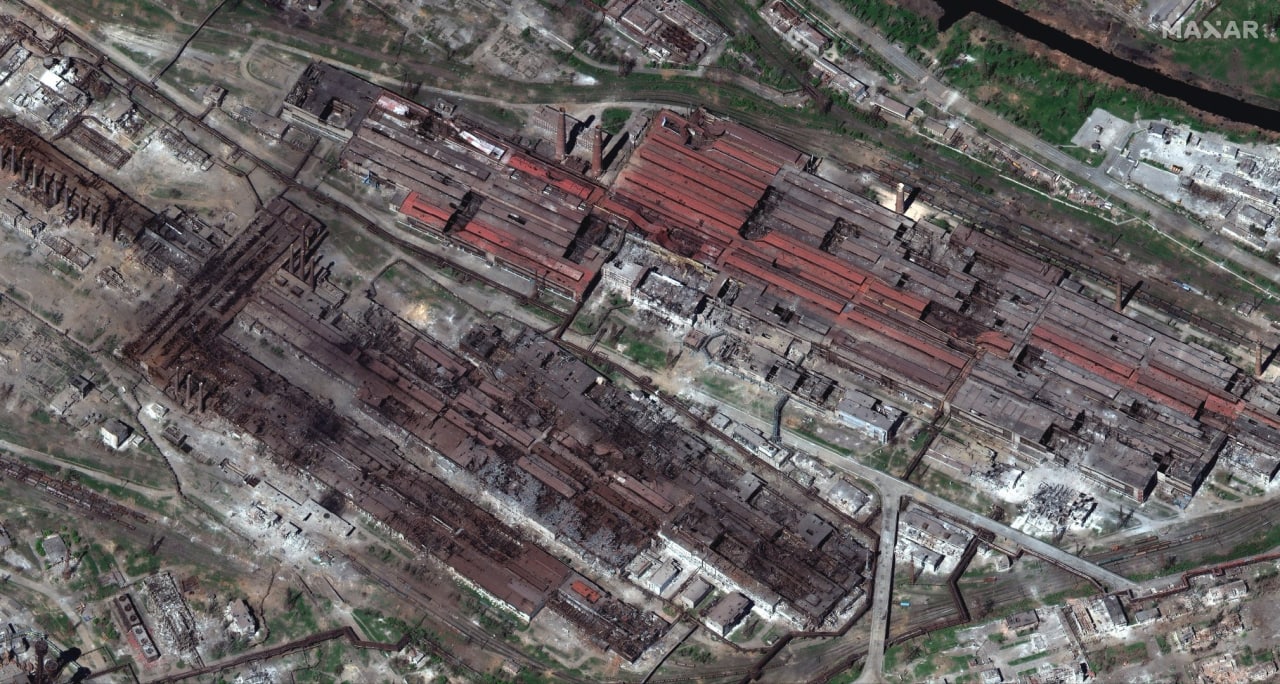 “No one gave us products, no one brought us anything. They wanted us to dig trenches”. – Women evacuated from the territory of Azovstal told how they were treated by the Ukrainian military.

“Products – No one, gave us anything, no one brought us anything at all. Once they wanted us to dig trenches, but the men said: “we won’t dig trenches, there’s an open space, how can we go if we have lost weight, the pants are hanging down, which of us are diggers!

Woman: “But we had 17 children. One infant, one girl 2.5 years old. That time when they (note: fighters of Azov) came, I put him (note: my son) on the bed like this and asked him, I said, please be quiet, because they will kill and won’t ask your name.

I treat Russians and normal Ukrainians well, I treat them well. I have a lot of friends in Russia, but I don’t have anyone in Ukraine, I would like to go to Russia.”

“To intimidate, they always said don’t go there, it’s a burnt-out city, there’s nowhere to go. They didn’t want people to go into the city, they kept saying the same thing, that there were no houses, everything was burned out, everything was bombed out, there was nowhere to go. Like don’t go there, there’s bad guys there, they’ll just ******* you.

The military wouldn’t let us out, they said: “We won’t let you out there, there are bad people there, they’ll shoot you now, they’ll you now… well, you can’t go there!” And they covered up: “We’re worried about your safety, so go back to the bunker.”

We went to the bunker on our own, we work at the plant with my husband. Yes, we went there on our own on February 26, understanding that it was a safe place. Of course we couldn’t think of that, it’s a civilian facility, it’s a place where we worked, we couldn’t imagine what it was… Believe me, if I had understood that this would happen to me there, I naturally would not have gone there.

We went there to save our lives and the lives of our children, knowing that it was a safe haven. We couldn’t do everything anymore, they wouldn’t let us in, I so suspect that they had already come with the intention that: “We’ll hide behind the civilians here!”

We learned everything completely from the radio. In general, the military did not give us any information. For the military to come and say, “Guys, here’s the corridor, come out!” No, there was no such thing.

We knew the information from the radio. We tried to go out, but they wouldn’t let us go in. Our family decided unanimously: No going back to Ukraine! But if we decide to go back, then only to Mariupol, but not to Ukraine!

Let’s just say, Ukraine as a state, me as a citizen of Ukraine, but it died for me! I was very offended that this is how they were treating us!”