Home Government John Kaminski on The Ministry of Truth, with an intro by Jack... 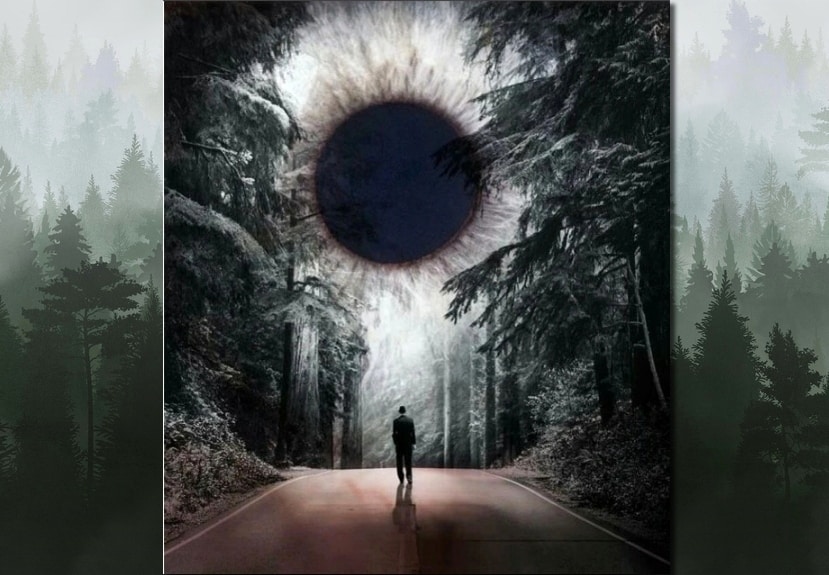 Guest Post: Disinfo dysphoria by John Kaminski with an introduction by Jack Heart

My whole censorship argument is based on the presupposition that Donald Trump by his very nature of being a coward, a windbag and an actor is responsible for where we are right now.

Yes of course common sense alone should tell you the first amendment does not sanction using high-tech high-volume platforms such as television and social media to promote racial discord, social unrest, sexual perversion and economic destabilization to the point where the nation is so debilitated that you can blatantly steal its presidential election. Nevertheless, the orange pig man let all of this happen right under his nose without using his office to do a thing about it except call the perpetrators rude names, even as they banned him, the president of the United States of America, from social media.

Now that they have installed an incoherent sack of reeking fecal matter stuffed in a blue suit in the office they took from Trump and take it from him they did like a school yard bully slapping around a weakling and taking his lunch money, they will do what he should have done to them and silence all dissension. In a way I am happy that we now have a singing minister of truth. Maybe she will get rid of all the morons on social media still worshiping the guy who sold them out. It will do much for internet aesthetics.

America and the European Union are going to war with Russia regardless of what brave journalists like Gonzalo Lira and John Kaminski have to say, and they will be crushed. My people, my readers, we will wait for the real anarchy that will ensue on the streets after America’s inevitable beating. Then we will do our talking… – Jack

Free speech has now been ruled a contagious form

by your trusted fact checkers.

Best treated by masks and lockdowns,

plus permanent prison for protesters

and drug treatment for all citizens.

Good news! Our beloved, Jewish-controlled U.S. government has just created a new Disinformation Governance Board declaring it — and it alone — to be the only source of authentic information relating to the defense of our country and the safety of its citizens.

Contact tracers and government fact checkers will now be mobilized to assure the consistency of all content and the permanent pacification of the population. New restrictions on discussing the so-called Holocaust of Jews in Germany during WW2 are soon to be announced.

Right!!!! Our government which totally runs on deliberate disinformation is now going to protect us from disinformation by making it clear to us that what the government says is always true. Surely as good citizens you were hoping for such bureaucratic clarity.

You remember gender dysphoria, which the government told us was that sudden desire sweeping the country of people —particularly small children — who suddenly demonstrated a desire to be another gender than the one with which they were born, so the government recommended they head to Disney World for counseling.

Well, now the latest health discovery by the Washington wonder wonks is that the public suffers from disinformation dysphoria and the Department of Homeland Security is ready to step in and clear up things once and for all about all these nagging questions concerning the essential value of vaccine passports and the economic necessity of World War III.

So the quickest way to demonstrate the efficacy of the latest Biden Brainstorm to Build Back Better the nation which his idiot edicts are destroying as fast as possible is simply to toss a few pertinent questions at this new board of nitwit neocons to see if the answers that come back are the least bit comprehensible. Hint: well, you already know the answers to this.

This could be called sarcasm if it weren’t completely true.

It is imperative we ask these slime encrusted bureaucrats in charge of this preposterous proposition with these urgent questions crucial to our own peace of mind  . . .

• Who decided to use the PCR test, which has been proven to never detect any disease under any circumstance, to determine that five million chickens needed to be killed immediately to stop the spread of the new bird flu epidemic, which, like COVID, has never been proven to exist?

And the followup question to that would be  . . .

• What government agency coordinated the crashing of airplanes into various food processing plants in order to accelerate the destruction of America’s food supply? And, were the pilots of these planes triple jabbed and suffering from myocarditis like all those military pilots supposedly defending our country have been?

The Disinformation Board responded with a quick answer, noting that starvation was the latest trend recommended by government health experts because it improved health by reducing dietary calorie intake and saved money by having less food for consumers to buy, thereby eliminating stress on their food budgets.

Other questions demonstrating the pertinacity of the new board could be . . .

• Why give $33 billion to the nonexistent Ukrainian government when that money which could be used to help an unemployed and starving American population be better used to fatten the kickbacks of the U.S. politicians involved in resupplying the Ukrainian biolabs and assisting in the child smuggling operations coordinated by Israeli oligarchs as well as enabling the courageous Ukrainian president to purchase more opulent pleasure palaces in tropical paradises?

So the questions just keep on coming . . .

• Is opening the southern U.S. border to millions of unemployed migrants a comprehensive attempt to replace the millions of gullible Americans who have been exterminated by poison vaccines which have resulted in multinational corporations being unable to find sufficient numbers of workers to fill their unfilled low-wage positions?