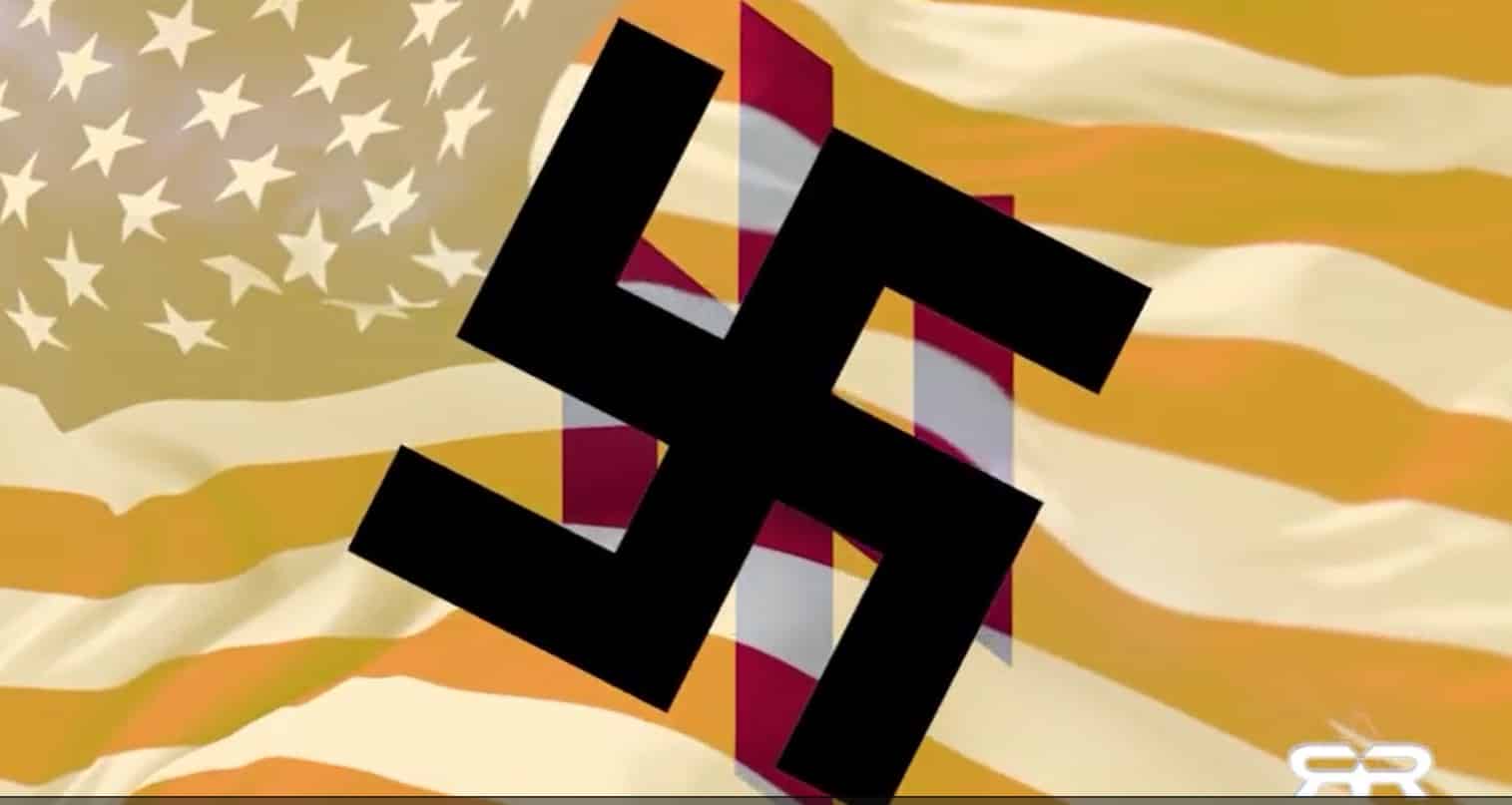 The Nazis were nothing more than a outgrowth of the real fascist superpower – the USA. Hitler and the Nazis were raised to power through the financing and machinations of US corporate-banking families. Remember that Mussolini correctly defined fascism as the dictatorship of the corporations and then ask yourself, which nation is owned and operated by it’s corporations?

The Nazi war machine was created by US corporations – Standard Oil for instance, provided not only vast amounts of fuel via neutral Spain until well into 1942, but also the crucial hydrogenation technology to turn Silesian coal into liquid fuel for the panzers.

The finance largely passed from Wall St via Prescott Bush’s Bank of America to German industrialists such as Fritz Thyssen – thus making it look like the Nazis were being financed by German industrialists. Hitler’s supposed economic miracle never happened, it was illusory, created by the influx of vast amounts of US finance.

So bearing all this about the Nazis in mind, do you see how NATO is also a US fascist organ intended to be used to dominate and control Europe?

I was chatting to my dad about the Ukraine war yesterday and we came to the conclusion that Putin was lured into launching it by thinking that the Ukrainians wouldn’t want to fight their Russian brothers and it would all be over in a few days – send the troops in and achieve what negotiations have failed to do – The Russians really did consider it a ‘Special Military Operation’ rather than a war, but rapidly found themselves mired in a very real war.

This was a trap set by NATO and in reality, the Russians would find themselves fighting against large numbers of foreign mercenaries and NATO troops under the guise of mercenaries and advisors – US special forces have been captured in the Donbas for example, Polish Private military Companies have been encountered near Kiev that are a front for NATO personnel.

NATO has not just sent in large numbers of personnel, it has lavishly supplied weapons of the latest and best types, not least Javelin and NLAW anti tank missiles. Often the men using these weapons against the Russians aren’t Ukrainians, but foreign specialists and special forces. The Ukrainians themselves have been trained for the last 8 years by NATO, especially the British, who are the world leaders in sending training missions to far flung countires to train troops in how to use the weapons Britiain supplies.

In every sense, the war in Ukraine is a proxy war between NATO and Russia, it allows NATO to test out and refine it’s tactics, techniques and weapons against the Russians, while at the same time learning about Russian tactics, methods and weapons. It is also highly profitable – an NLAW missile costs 20,000 British pounds, Britain is supplying them by the thousand, which is costing tens of millions – tidy profits for the shareholders of the big arms makers like Thales and BAE Systems.

Meanwhile, Europe remains just as reliant on Russian oil & gas as ever, and it is still being supplied by Russia, albeit more covertly than before the war. Poland, for instance, is still receiving Russian oil & gas, but rather than buying it directly from Russia, they are getting it via Germany – Germany buys it from Russia then passes it on to Poland.

So when NATO chief Jens Stoltenberg talks about this war lasting for years, he is telling the truth and that is the NATO intention – to grind down and fatally weaken the Russian armed forces in Ukraine in order to eventually bring about the collapse of the Putin regime – a repeat of the successful Afghanistan War strategy of the 1980s where the US fought the USSR in a proxy war but this time instead of Mujahadeen armed with Stingers shooting at Soviet aircraft among the Afghan mountains it is European troops with Javelins shooting at Russian armour on the plains of Ukraine.

Putin is finding himself stuck in the same trap his Communist forebears did, the Afghan War began to destroy the USSR when the body bags started to pile up and the mothers of the young conscripts began to turn against the regime, that will be how Putin is undermined – by turning the Russian people against him through war weariness as casualties mount and the war drags on.