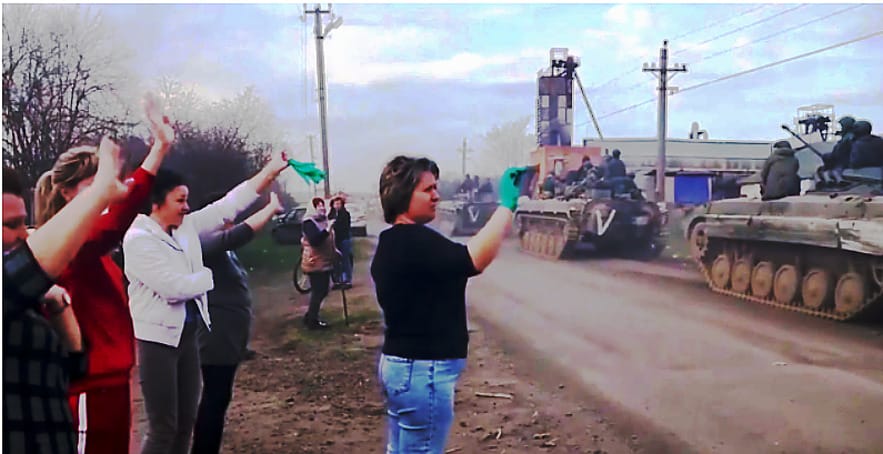 by Jack Heart on Substack

Excerpted from Today’s Brief: The Best of Gonzalo Lira

We published Gonzalo Lira’s interview in Z Plan part 2, Z is for Zombie on April 7. Gonzalo had been catapulted to fame to those who are paying attention by a hit piece about him published on March 20 by well-known propaganda purveyor for MI 6 and the CIA the Daily Beast. According to lore the piece outed Gonzalo’s location in the Ukraine and he was kidnaped April 15 by elements of the neo–Nazi Azov battalion. After outcries from many famous journalists, most notable being Glen Greenwald, Gonzalo was returned safe and sound on April 22, minus of course his computers.

Now I’m telling you right now the Azov boys traded him for something they really wanted that the Russain’s no doubt captured at Mariupol, and if the Russians gave it to them, it leaves little doubt Gonzalo is very important to the Russians. I will leave it up to you to decide whether Gonzalo is a Russian operative or just a very good Jounalist who happens to be on the scene and doing what journalists are supposed to do reporting what they are seeing. Frankly it makes no difference to me.

The western media is obviously so contrived as to be unreadable to anyone with half a brain. I find Gonzalo’s tweets to at least be coherent which is more than can be said of the Guardian or the New York Times. Below is a sampling of Gonzalo’s greatest hits from April 11 to the fifteenth in chronological order. – Jack

The measure of a life is the distance from troughs to peaks. Dartmouth ’95, writer, film director, entrepreneur (renewables, real estate), blogging, YouTubing

For the truth about the Zelensky regime, Google these names: Vlodymyr Struk Denis Kireev Mikhail & Aleksander Kononovich Nestor Shufrych Yan Taksyur Dmitri Djangirov Elena Berezhnaya Once again: If you haven’t heard from me in 12 hours or more, put my name on this list. [ Editor’s note: This is a time capsule. Gonzalo has been located and, to the best of our knowledge, is not missing on 2 May 2022. ]

Zaur, Kadyrov fighter, emotionally recounts the storming of an Azov-occupied building directly next to Azovstal. What made them decide to storm the building, against all logic, was watching AZOV shoot a mother and her child in the back as they were fleeing.

Zaur, Kadyrov fighter, emotionally recounts the storming of an Azov-occupied building directly next to Azovstal. What made them decide to storm the building, against all logic, was watching AZOV shoot a mother and her child in the back as they were fleeing t.me/ukr_leaks/2503