Home Life Life Force: How the World Economic Forum Plans to Kill It Once... 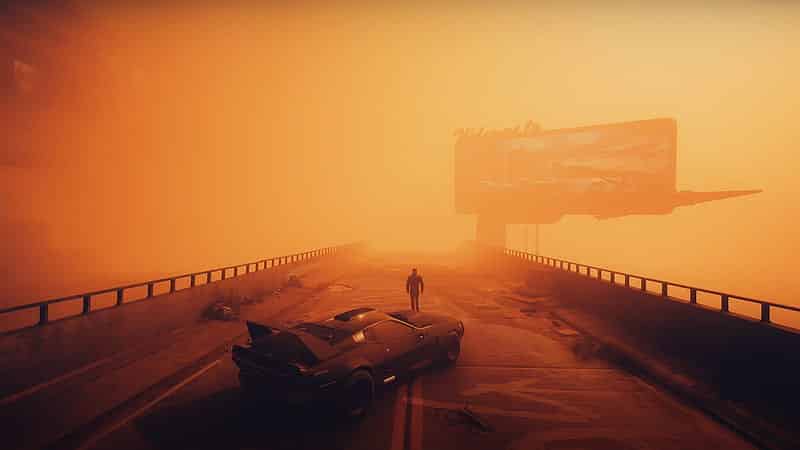 Life Force: How the World Economic Forum Plans to Kill It Once and For All

Peter H. Diamandis, another Jew from New York City. It just never stops, does it? This vile piece of talking dogshit, who numbers among his friends and business associates Ray Kurzweil Googles guru and Arrianna Huffington the voice of George Soros, even has his own page on the World Economic Forums web site.

WEF, Tony Robins & Jeffery Epstein. Did you know this? pic.twitter.com/WrrVUoQFGN

These people have monopolized the conversation both in the media and academia since they pushed science fiction writer extraordinaire and visionary Richard Sharp Shaver out of the picture two years after WW II ended. I wrote about it back in 2014 in Return of the Titans:

Shaver began pounding out stories about the underworld like he was a machine himself, and Palmer ran with it culminating with the June 7, 1947 issue devoted entirely to Shaver. By then the whole world knew what a Dero was and many suspected they actually existed. Enter the Zionist Bolsheviks from New York City. Whether it was because they and their hack hero Isaac Asimov simply could not compete with Shaver who has been characterized by high strangeness enthusiasts; abovetopsecret .com, as a cross between L Ron Hubbard, Charles Fort, and Lord Dunsany (Edward Plunkett, 18th Baron of Dunsany), or it was something far darker, as always the Zionists got their way.

The Queens Science Fiction Club, which was founded by Sam Moskowitz and was an offshoot of Donald Allen Wollheim’s radically Bolshevik Futurians and the Brooklyn Science Fiction League, launched a massive letter-writing campaign that Shaver was endangering the sanity of Americans.

Although Moskowitz wrote under the pen name “Sam Martin” and Wollheim under the names “David Grinnell,” “Arthur Cooke,” “Millard Verne Gordon,” “Martin Pearson,” “Braxton Wells,” “Graham Conway” and “Lawrence Woods,” like always they still needed some authentic Christian dupes to do their dirty work for them. So they enlisted the help of the New York Society for the Suppression of Vice an offshoot of the Young Men’s Christian Association commonly known as the YMCA.

Using the exact same tactics they used to commandeer New York City’s garment workers unions for organized crime the Bolsheviks attended a national science fiction fan conference in Philadelphia and raucously interrupted the proceedings with threats and intimidation. They then went to Amazing Stories publisher William B Ziff of the Ziff Davis Publishing Company and threatened to draw up a petition to the United States Postal Service asking that Amazing Stories be banned from the mail.

With well-founded fears for his own life, Ziff caved in and told Palmer that they could no longer publish Shaver stories because they were in direct contradiction to Einstein’s theory of relativity. Palmer resigned as managing editor, and after the 6/7/47 issue, Amazing Stories would never again carry Shaver. The Shaver Mystery would slowly sink into the unfathomed depths of politically incorrect history in spite of the fact that it is the progenitor of all modern UFO mythology.

The Futurians and the Brooklyn Science Fiction League based their premises on a theory that was wrong. They extrapolated a lie and fed the concoction to the whole world. It has resulted in NASA’s phony space program, and science fiction characters like Elon Musk and Diamandis himself, who even claims to have launched, combination washer and dryer Steven Hawkins into low orbit.

Diamandis graduated from MIT in 1983 with a Bachelor of Science in molecular genetics. The space bullshit didn’t come until he was into his second year of Harvard Medical School, the den of quacks that gave the world Dr. Charles Lieber. George McDonald Church was Liebers close colleague. Church is embedded in the Harvard Medical School staff since 1986. He is a founding member of the Wyss Institute for Biologically Inspired Engineering, a cofounder of Veritas Genetics and received reward funding from the National Human Genome Research Institute. He is also one of the primary instigators of the Human Genome Project.

“He has co-developed “genome engineering” technologies since 1997 via either general homologous recombination (recA and lambda-red) or via sequence-specific nucleases. Since 2004, his team has developed use of DNA array (aka DNA chip) synthesizers for combinatorial libraries and assembling large genome segments. He co-developed Multiplex Automated Genome Engineering (MAGE) and optimized CRISPR/Cas9,” (Wikipedia) the cutting edge in genetic engineering.

In short, as we used to say in the strip club industry, he is whale and perhaps even higher up in the food chain of transhumanism than Dr. Charles Lieber himself. Did I mention that he is also “a member of the Rapid Deployment Vaccine Collaborative  (RaDVaC), a group formed early in the SARS-CoV-2 pandemic to create an easily produced, free and open-source vaccine for self-administration.” (Wiki)

So now you know why Geoffry Epstein had to “die” when he did and why Dr. Lieber was thrown under the bus. Now you know why Joe Biden needs a Ministry of Truth…

Outside Plato’s Cave time has no power over the spirit and will of man.

Return of the Titans