[ Editor’s Note: Once again we have American media pushing the line that the Russia is totally responsible for whatever economic calamities the Ukraine war causes. They falsely pick the staring point as this year, 2022. 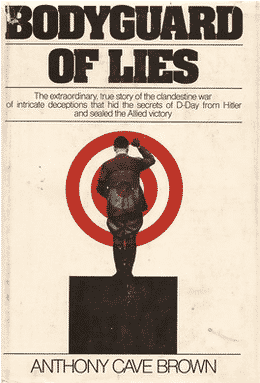 And of course, they leave out the 2014 US/NATO coup in Kiev, and the fake-failed Minsk agreements, and using ‘white out’ on the 8 years of shelling the Donbas Russian people, who suffered by losing 14,000 persons. Trump is not the only ‘Big Lie’ guy.

As Churchill once said during WWII, in wartime the truth is so precious it must be protected by a “Bodyguard of Lies”.

These Europeans pretend that we don’t have computers and can just Google it all right up, as they are required to send their refugee reports to the UN for its database. You can bet that the Russians have a current log on the Ukrainian refugees there.

The refugee count is not a priority for video news clips. I have only seen a few border crossing numbers, but they were ‘day counts’, and mostly related to Poland.

That said, the initial waves were the upper class folks, including one Ukraine Parliament guy’s wife with 8 million in dollars and Euros in her luggage, obviously planning a shopping trip.

So far the West is mainly all in on the war, despite the obvious economic blowback that will be coming its way, and the EU should be smart enough to see that. So what is it that I am missing that they are still willing to jump on board this runaway train to disaster for so many, whose lives and fortunes will be destroyed?

Sure, I know that ‘asset stripping’ Russia is part of it, and trying to split it away with its close relations with China, for which I say “good luck with driving a wedge between Russia and China”. I am missing something. Let me know what you think in the comments… Jim W. Dean ]

The number of people experiencing crisis-levels of hunger or worse across the globe rose by 40 million in 2021, according to a U.N. and EU-led report published Wednesday.

The figures show that world hunger was already surging at a terrifying rate well before Russia’s invasion of Ukraine, which is “likely” to exacerbate the situation, the report says.

Over 193 million people in 53 countries or territories faced “acute food security” in 2021, the report says, which is 40 million more than the already record level in 2020.

Over half a million people in Ethiopia, Madagascar, South Sudan and Yemen are faring the worst, with urgent action needed to avoid starvation and death.

…The report comes from the Global Network Against Food Crises, an alliance of the EU, the U.N. and NGOs pushing to end world hunger. Their report says that the world is heading in the wrong direction, with hunger rising steadily since 2018 in 39 of the countries or territories assessed in the report.

“Russia’s invasion of Ukraine jeopardizes global food security. The international community must act to avert the largest food crisis in history and the social, economic, and political upheaval that could follow.”